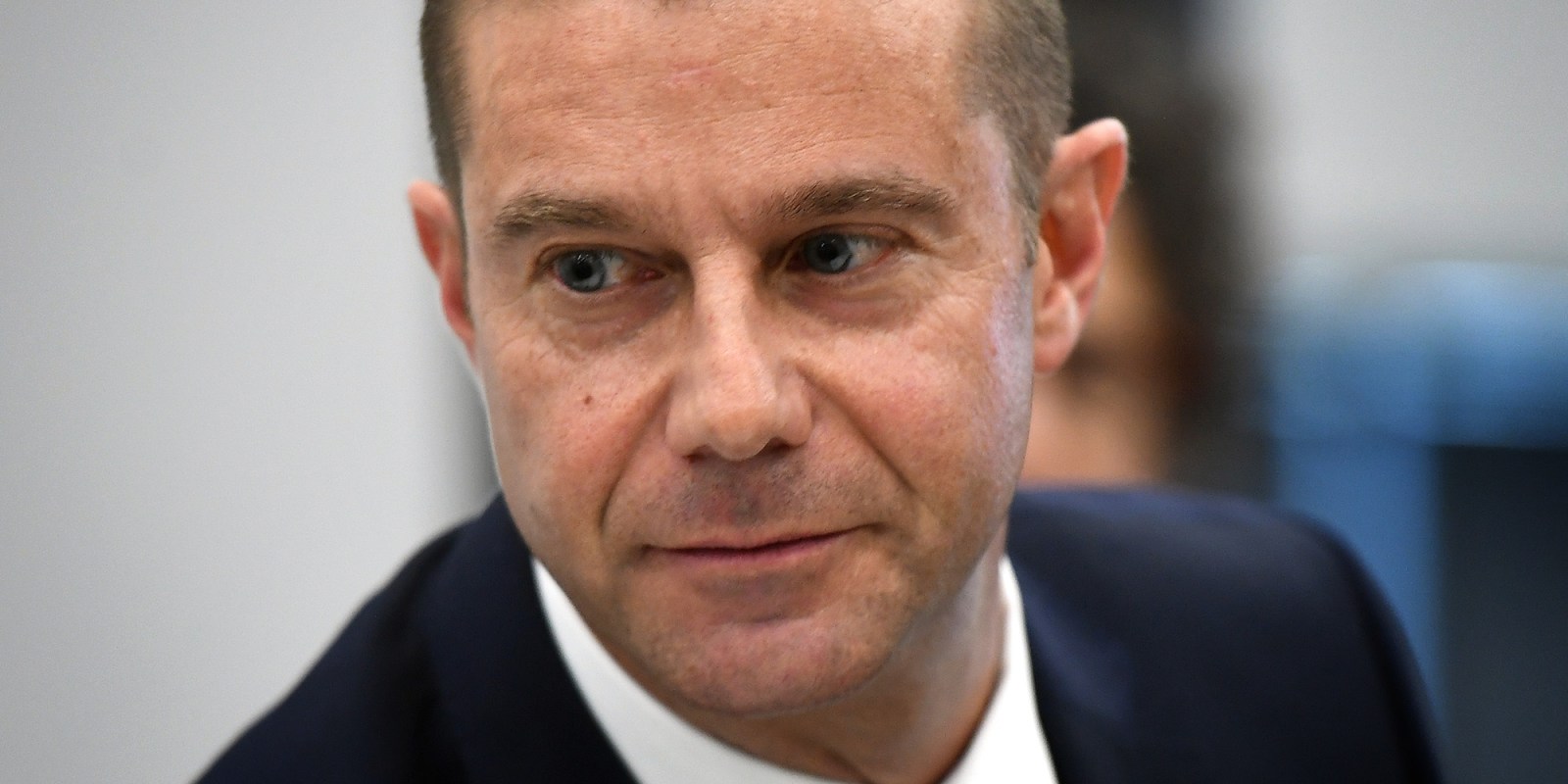 Allegations that Glencore aimed to use Cyril Ramaphosa to extract money from Eskom through the Optimum coal mine, and that their attempts at State Capture were heroically thwarted by former Eskom CEO Brian Molefe, were rubbished by former Glencore CEO Clinton Ephron at the State Capture Commission on Thursday.

After a 10-day hiatus, the Commission of Inquiry into State Capture convened on Thursday to hear Glencore CEO Clinton Ephron’s response to allegations made before the commission by former Eskom CEOs Molefe and Matshela Koko, as well as, to some extent, former board chair Ben Ngubane.

Molefe and Koko’s allegations stem from questions surrounding Glencore’s sale of the Optimum coal mine, which supplied coal to Eskom’s Hendrina power station, to the Gupta-owned Tegeta Exploration and Resources in 2016. This was after the mine, owned by Optimum Coal Holdings, which was 67% owned by Glencore, was forced into business rescue when Eskom under Molefe as newly incumbent CEO scuppered renegotiations of the long-term coal supply agreement. At the same time, Eskom levied a R2.1-billion penalty for the mine’s apparent failure to meet its coal quality specifications.

Molefe and Koko’s claims that Glencore tried to extort money from Eskom are rooted in Ramaphosa’s position within Glencore at the time Optimum Coal Holdings (OCH) was acquired. As Greg Nicolson explained in Daily Maverick: “Ramaphosa was Glencore’s local empowerment partner in 2012 when the group took a controlling stake in Optimum Coal Holdings. Glencore’s company, Piruto, took a 67% stake in OCH and Ramaphosa’s company Lexshell took about 9%. Whether Ramaphosa became Optimum chair was a point of debate at the commission, but it was widely reported in 2012 that he was elected chairperson, succeeding Bobby Godsell.”

Ramaphosa was in December 2012 elected as deputy president of the ANC.

Ramaphosa divested his interests in Glencore in 2014.

One of the claims put to Ephron by evidence leader advocate Pule Seleka was that Glencore did not conduct due diligence on OCH and examine Eskom’s binding coal supply contract because Ramaphosa would be used to leverage a higher coal price.

Ephron said Glencore, in obtaining OCH, which was a listed company, had two options. One was to approach the company directly with an offer, the other was to approach shareholders and secure a certain amount of shareholding, which is the route they chose. Had they gone to OCH directly, it would have triggered a public announcement, which may have affected the share price, making the purchase more expensive. The drawback of not approaching the company directly was that they could not enter a non-disclosure agreement and “kick every tyre”, which would have included examining the coal supply agreement.

However, OCH had listed just a year earlier and in doing so had released a 300-page listing statement detailing the business. Ephron said Glencore believed this gave them sufficient insight into the business, although not having sight of the coal supply agreement, price adjustment mechanism, and inspection of all assets, meant there was an element of risk.

After acquiring OCH in March 2012, Glencore found itself locked into selling coal at R150 per tonne with an inflation-linked price adjustment that did not reflect the reality of the inflationary costs of mining, which led to Glencore having to fund the mine to keep it operational. However, the coal supply agreement contained a hardship clause which could be invoked by either party. This was a means to renegotiate pricing, under arbitration if necessary. It was in 2013, just over a year after acquiring the mine, that Glencore invoked the hardship clause.

In what could be read as a critique of Glencore’s method of acquiring OCH, Commission of Inquiry into State Capture chairperson Deputy Chief Justice Raymond Zondo stated the “difficult situation” the mine found itself in, “was to a very large extent a consequence of the choice” Glencore made which precluded it from perusing the coal supply agreement.

“What do you say to the proposition you should not complain when it met with such challenges as that is what is going to happen when you acquire a company without seeing the contracts that are binding on you, that Glencore is the author of its own misery?” asked Justice Zondo.

Ephron responded: “You are correct. You are 100% correct. There was a risk… we did not know the extent of the losses being incurred by Optimum.”

But, he said, the hardship clause was part of the 25-year coal supply agreement established in 1993 and which came with the mine, and it was invoked under the rights of the contract.

“It was a mechanism we decided after the fact to use to reduce the amount of financial hardship we were incurring.”

He said at the same time, a proposal was put to Eskom to extend the contract beyond its 25-year end date of 2018 and “make it a win-win”. Alternatively, if no solution could be reached with Eskom, the mine should go into liquidation, which would put an end to Eskom’s coal supply.

He said any entity that acquired OCH would have faced the same situation.

Responding to Zondo presenting allegations made by Molefe, Koko and Ngubane that Glencore sought to extort money from Eskom by trying to increase the coal price by 100%, Ephron said the allegations were ‘preposterous’ as the costs were evaluated with Eskom experts.

Zondo put forward Molefe’s contention that when he was seconded from Transnet as Eskom CEO in April 2015, he scuppered the cooperation agreement that was being negotiated following OCH’s invocation of the hardship clause, because the renegotiated coal price, at close to R300 per tonne, was not in Eskom’s best interests.

Ephron said Molefe terminated an agreement that was by that point in its fourth addendum and terms to extend the coal supply agreement to the end of the life of Hendrina power station, which was 2023, had already been agreed. Dates for arbitration had also been set for May 2016, but it was Molefe’s decision and “what we would have to live with”.

Asked by Seleka why arbitration was not set at earlier dates, Ephron replied: “You couldn’t even get a meeting with Eskom, never mind a date… we got those dates and locked them in. We did everything in our power to get those dates.”

Seleka put to Ephron the allegation that OCH going into business rescue was used as a mechanism for the mine to avoid complying with the coal supply agreement.

Ephron said after invoking the hardship clause and entering into a cooperation agreement which was cancelled by Molefe, they received a letter from Eskom’s law firm, Cliffe Dekker Hofmeyr, on 16 July 2015, demanding payment for alleged penalties of R2.1-billion. This was for not complying to coal size and quality specifications, which he said they had been discussing with Eskom for the past three years, as the specifications were no longer possible to meet due to the age of the mine.

“The request for immediate payment or summons would be issued was completely unreasonable.” But he said the issue that put them into business rescue was that continual penalties would be applied resulting in Eskom not paying for the continued delivery of 300,000 to 350,000 tonnes of coal per month.

Furthermore, Eskom withheld payment of approximately R92-million “for no reason”, for coal delivered in the previous two months.

This was all despite the hardship clause having been invoked. He said this left the OCH directors no choice but to go into business rescue, or risk trading recklessly. They were losing R100-million a month before Eskom stopped paying for the coal, which meant they would lose R200-million a month.

“They knew we were up against the ropes.”

Responding to Zondo presenting allegations made by Molefe, Koko and Ngubane that Glencore sought to extort money from Eskom by trying to increase the coal price by 100%, Ephron said the allegations were “preposterous” as the costs were evaluated with Eskom experts.

A win-win scenario, with Hendrina being supplied coal to the end of its life, was in the offing, he said. “I don’t understand the allegation and strongly deny it.”

For his part, Ephron was not willing to cast aspersions. Asked by Seleka whether he thought Molefe and others at Eskom had an ulterior motive in piling pressure on OCH, he said: “I can’t answer that.”

Glencore eventually sold OCH to the Guptas for R2.15-billion, thanks to Eskom stepping in with a coal prepayment guarantee of R1.68-billion.

Zondo said the commission is on Tuesday afternoon to hear applications “brought by various parties” for leave to cross-examine witnesses, and would reconvene on Thursday, 17 June. DM