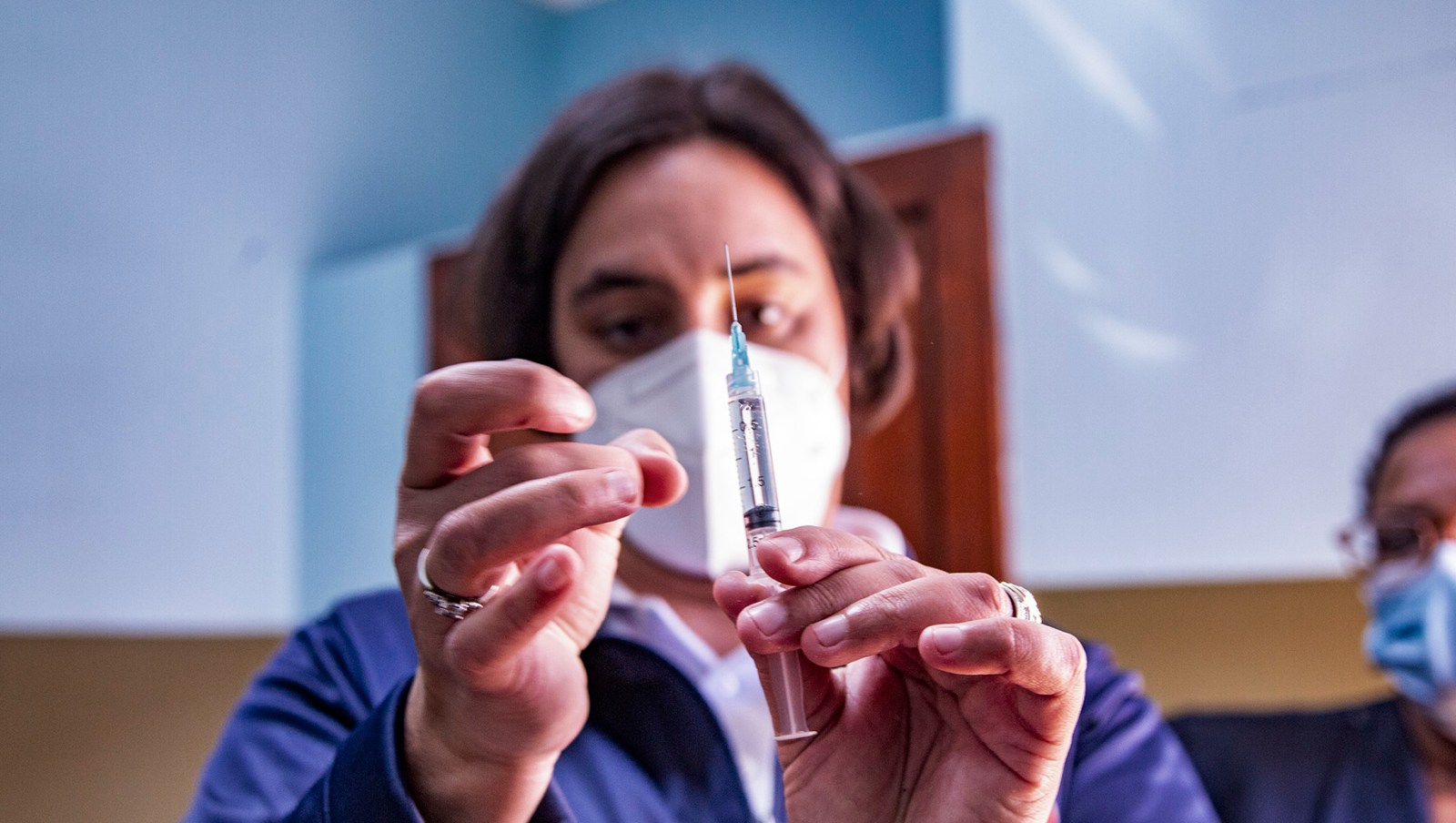 On Monday, 31 May, South Africa entered the third week of Phase 2 of its Covid-19 vaccine roll-out. Almost 500,000 people have received their first dose of the Pfizer vaccine and more vaccination sites are due to open.

By midnight on 29 May, 484,108 people had received their first dose of the double-shot Pfizer vaccine.

More than three million people are registered on the Electronic Vaccine Data System, said President Cyril Ramaphosa during an address to the nation on 30 May. There are more than 400 vaccination sites nationwide.

Ramaphosa assured that “…we have secured enough vaccines to reach all adults in the country, which is around 40 million people”.

More than 1.3-million Pfizer doses have been distributed, and of that, 484,108 doses had been administered, he said.

Another 636,000 Pfizer doses were due to arrive on Sunday, 30 May. South Africa will receive weekly deliveries of this size until the end of June when another 2.5 million doses will be received, he said.

He appealed for everyone to follow health protocols in order to delay the third wave. “Every week that we delay the peak of the third wave allows us to vaccinate hundreds of thousands more people, and may well save their lives,” he said.

In the Northern Cape, those who have registered for the vaccine have been advised to go to the vaccination site only after they have received the SMS instructing them to do so. This is because walk-ins were “causing very long waiting times for our elderly”, the department said.

The following sites will open on 2 June:

Messina Hospital will open on 3 June.

These sites will be open from Monday to Thursday between 8am and 4pm, according to the province’s department of health.

The Western Cape is planning to bring another 68 public vaccination sites and four more private sites online this week. This will bring the total t0 137 sites by 4 June. View the list here.

It confirmed that those with appointments will be prioritised, but walk-ins will be attended to if possible.

Read more – Covid vaccines: This Mitchells Plain hospital shows how it should be done

Nearly 100 workplace vaccination sites will become active by 13 June, according to Martin Kingston, the Business for South Africa executive. A site at Impala Platinum is already online and ones at Eskom and Ford are expected to become active soon. These sites will administer about 1,000 doses a day, he added. These companies could extend their reach to workers’ families and communities. DM/MC