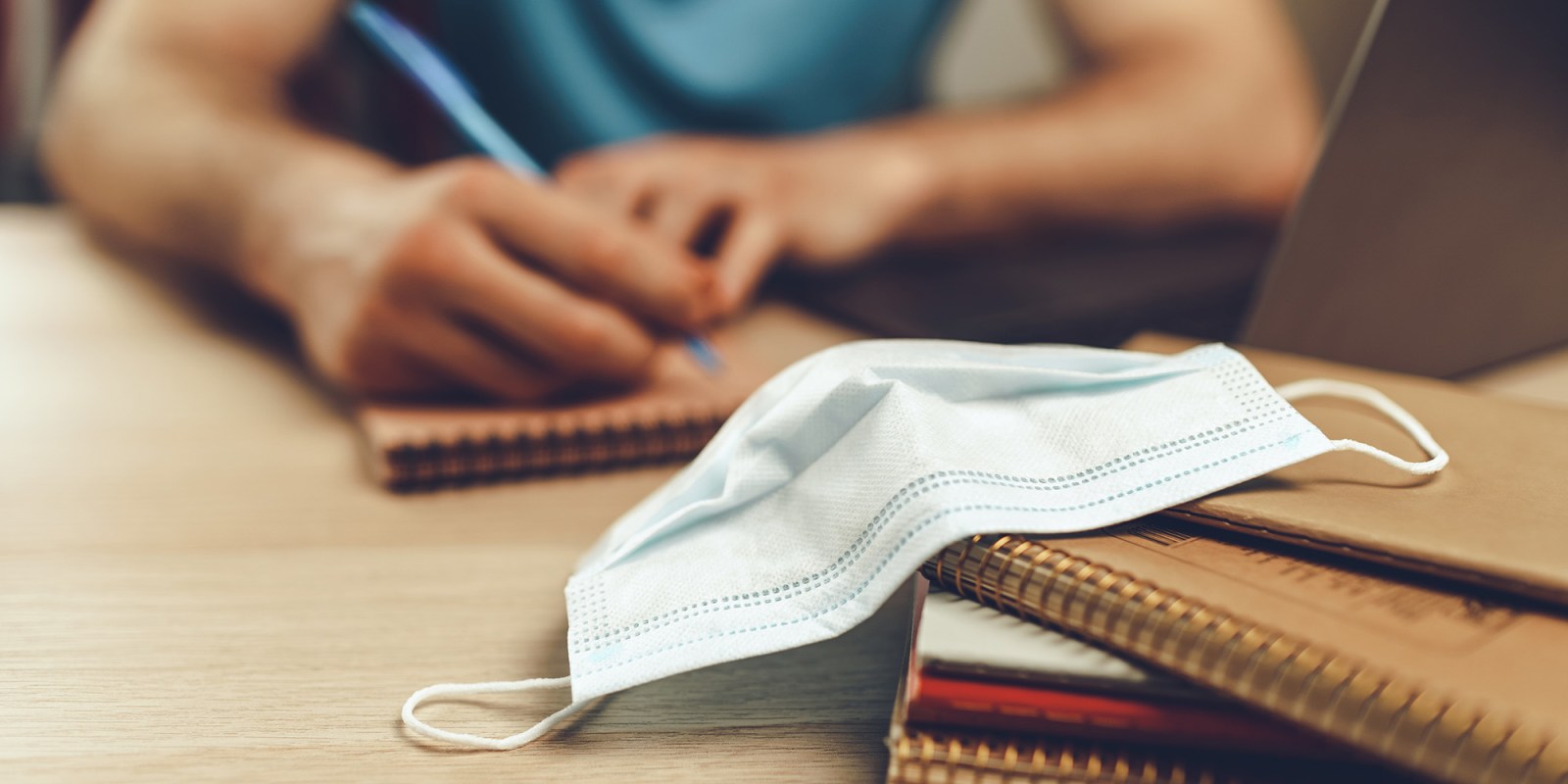 Thousands of students commute to and from their campuses in South Africa daily. About 1.6 million students nationwide are registered on the Higher Health app to complete health checks before arriving on campus. (Photo: Adobe Stock)

Pockets of Covid-19 cases at Post Schooling Education Training institutions are gradually being identified in light of warnings of an approaching third wave. Changes in behaviour could make or break how well institutions fare if a third wave hits provinces.

In the last month, close to ten students at North West Community Education And Training College tested positive for Covid-19, along with a general increase in Covid-cases within the education sector in the North West.

Sol Plaatje University in Kimberly announced on 23 May, that thirteen positive Covid cases had been reported between 3 and 16 May, and 30 staff members were identified as having come into contact with people who had tested positive. The university deferred the commencement of its second term to curb the spread on campus, their announcement said.

The incidents come as reports of a third wave hang over the country.

But despite the pockets of Covid-cases at the PSET institutions, according to Dr Ahluwalia Ramneek, CEO of national agency Higher Health, the sector has been relatively calm and no institution had been identified as an “outbreak institution” so far in terms of rising infections.

“We had to open our campuses,” Ramneek said, adding that it was especially the case for TVET institutions, where education is typically more practical-based in nature than other higher education institutions.

Higher Health supports the Covid-19 response across the PSET sector, in collaboration with the National Institute for Communicable Diseases (NICD), the National Command Council, the World Health Organization, and the Department of Health (DoH).

“We are watching this thing very carefully,” Ramneek added.

“It is inevitable. When a third wave will come, it will hit our institutions. We will see outbreaks like we always do in every wave.  We have seen it in the past,” said Ramneek. “The aim is to prevent. So far so good but you never know how bad it could come if we are not careful.”

According to Ramneek, the only way to prevent the third wave is through behaviour change, which in the first and second waves had proved to play a crucial factor in the onset of how quickly and widely the virus spreads, particularly in youngsters’ circles.

Towards the end of the first wave, cluster outbreaks were “very high” at the University of Fort Hare, and Walter Sisulu University in the Eastern Cape.

“And, we had three other TVET colleges where we had to manage very serious outbreaks,” said Ramneek, adding that at one time 300 students tested positive within one week coming from the outbreaks at the University of Fort Hare and Walter Sisulu University.

Similarly, during the second wave small outbreaks were identified at the University of KwaZulu-Natal and in the Free State, he said.

The cluster outbreak that came from the matric Rage Festival in Ballito at the end of 2020 is said to have contributed to the onset of the country’s second wave infections.

In March, Ramneek told Daily Maverick that, “scientifically a cluster outbreak happens when a huge number of people become positive at the same time and come into congregate settings and spread it”.

More recently, cluster outbreaks were identified at the University of Pretoria, owing to students frequenting pubs and restaurants in the Hatfield area in Pretoria, around the Easter weekend period. At the same time, Higher Health also noted a small outbreak at Stellenbosch University, said Ramneek.

According to Ramneek, Higher Health had already alerted institutions to put in place stricter protocols, after the cluster outbreak at the University of Pretoria and that since then the system had controlled the spread.

These incidents are handled very quickly through control and support systems at the universities, as well as cluster outbreak investigation teams in all provinces, said Ramneek.

Linda Meyer, director for operations and sector support at Universities South Africa (USAf), said it was vital that all parties practised vigilance and adhered to protocols and control measures to stem Covid transmission across campuses.

“We are a very vulnerable group in post-school settings,  young people play a very prevalent role. They are also a risk to their families and their own parents and grandparents and we’ve seen this in the first and second wave,” Ramneek said. He appealed to parents and custodians to work with institutions’ covid support systems and protocols to encourage behaviour change.

Thousands of students commute to and from their campuses daily. About 1.6 million students nationwide are registered on the Higher Health app to complete health checks before arriving on campus.

“Sanitising stations are available on every floor or at the entrances of all buildings and are refilled regularly. All biometrics systems have been disabled. No large classes are permitted. All classrooms and lecture theatres are properly ventilated with the requisite space between desks, which are carefully sanitised and cleaned in between uses. All persons are required to wear masks properly on campus and to maintain the requisite social distance,” said Shirona Patel, spokesperson for University of Witwatersrand, about their measures set in place.

This is a standard across campuses in line with the protocols set out by Higher Health to ensure the PSET sector’s unified response to the pandemic.

“The social compact intends to mitigate the impact of Covid-19 in universities and advocate and reinforce behavioural protocols such as safe hygiene, wearing masks and social distancing that universities have championed since the inception of the pandemic,” Meyer said.

Universities and TVET colleges that have opened for hybrid-learning structures or for select cohorts of students have established dedicated committees that monitor, reflect and manage Covid-trends, over and above the national systems put in place.

According to Patel and Martin Viljoen, spokesperson for Stellenbosch University, most of their university communities are complying with the measures set in place.

“Through its protocols and regulations, the university ensures that students who tested positive are immediately isolated at home or in facilities approved by the University and the Department of Health,” said Rikus Delport, spokesperson for the University of Pretoria. “Contact tracing is done, relevant authorities are notified and where applicable.”

And over the last year, an army of ‘foot soldiers’ – consisting of cleaners, residence officers, security, student support services – was established to further aid the Covid-response at institutions, said Ramneek.

There are about 30,000 of these ‘foot soldiers’ on university campuses, which includes about 12,000 student volunteers, he said.

So far these systems have helped manage Covid-cases as they slowly and gradually appear at institutions but it is about “every one of us accepting the responsibility to protect ourselves and others through strict compliance,” Delport concluded. DM