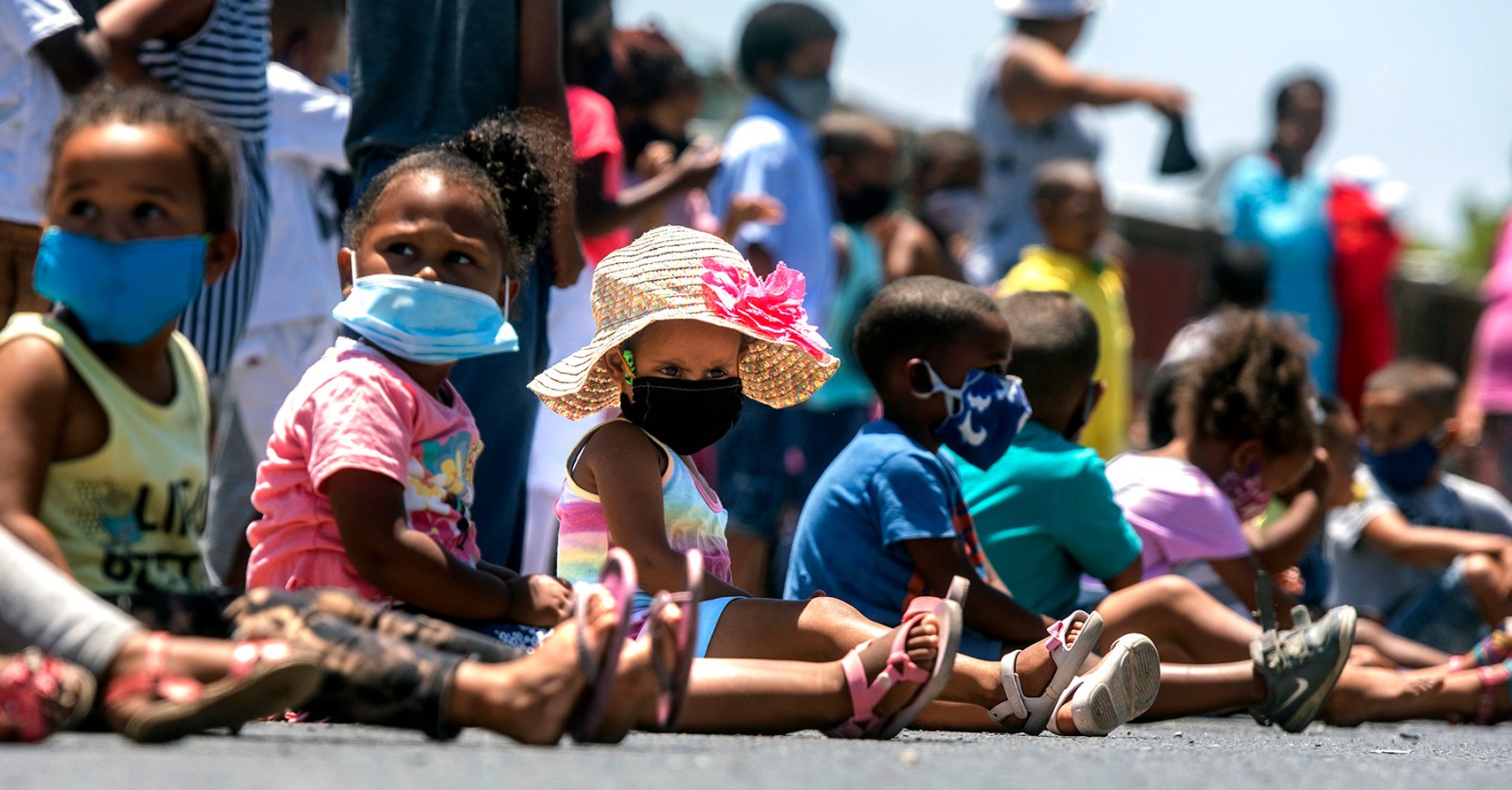 The reality of hunger has been a wake-up call for many in South Africa. (Photo: Gallo Images / Brenton Geach)

What we have is not a short-term crisis to be solved by charitable food distribution, important though that is at this moment. No: what we have is a systemic problem. What we have is a food system that is deeply inequitable and that fails to deliver affordable, nutritious and culturally appropriate food to the majority of our population.

Jane Battersby is associate professor at the African Centre for Cities (ACC) and senior lecturer in the Environmental and Geographical Science department at UCT. She is a co-investigator on the Nourished Child project.

Since the early days of lockdown last year, the hunger crisis in South Africa has been shockingly apparent to all. Data from the Nids-Cram surveys (read Nick Spaull and Mark Tomlinson’s article here) have shown how far-reaching the problem of hunger is: 17% of adults said that their households experienced hunger and nearly 40% said their households ran out of money for food.

The country was shocked by the images of children and adults queuing at community kitchens. We have been collectively buoyed by the stories of community heroes who have mobilised despite minimal resources to feed those in need (read Zuki Pikoli’s article on some of those organisations here).

The reality of hunger has been a wake-up call for many in South Africa. However, the food insecurity crisis in South Africa is nothing new and has been with us for decades. Despite the right to food being a constitutional right for all and despite the right to basic nutrition for children, we have shockingly high levels of long-term food insecurity and devastatingly high levels of child stunting. A country like South Africa should not have more than a quarter of children under the age of five stunted.

What we have is not a short-term crisis to be solved by charitable food distribution, important though that is at this moment. No: what we have is a systemic problem. What we have is a food system that is deeply inequitable and that fails to deliver affordable, nutritious and culturally appropriate food to the majority of our population.

But it isn’t simply a problem of poverty or of an unjust food system or even of a state that has failed to address the right to food through food security policy and programmes. According to the High-Level Panel of Experts of FAO (the Food and Agricultural Organization of the United Nations), achieving food security rests on six pillars.

First, availability: is there enough food?

Second, accessibility: is that food economically, physically and socially accessible to people?

Third, utilisation: are people able to safely utilise the food that they accessed? (Utilisation is commonly understood as the way the body makes the most of various nutrients in the food).

Fourth, stability: how stable is that availability, accessibility and utilisation?

In the past year, a fifth and a sixth pillar have been added, namely agency and sustainability.

Agency refers to whether people have power in the food system to make the choices they want to make and to control their engagement with the food system.

And finally, sixth, sustainability asks if the food system is sustainable — environmentally, socially and economically.

This year’s World Hunger Day has the theme “access ends hunger”. The World Hunger Day website correctly notes that, “Hunger is not just about food. Hunger and poverty are inextricably linked to a nexus of issues including: the rights of women and girls, income opportunities, health, education, social justice, the environment and climate change.”

Within The Nourished Child project we are working to understand how systems interact to shape the dual burden of child malnutrition. We’re documenting what policies and programmes at the national, provincial and local level should be doing and could be doing to address nutritional outcomes for women and children.

This extends well beyond the “usual suspects” of health, agriculture, social development and education. We’re spending time talking to women with children under five to understand how the structure of the food system, the quality of infrastructure and the nature of state and civil society social support structures overlap and shape their ability to feed their children.

And we’re trying to find ways to give a voice to these women.

This is not a problem to be solved by charity, but by understanding its deep systemic roots. If we are to find long-term solutions to hunger, food insecurity and malnutrition in all of its forms it is going to require bringing community voices to the table and developing whole of government responses that recognise the ways in which the work of different government departments combines to shape the lived experiences of the food insecure. DM/MC