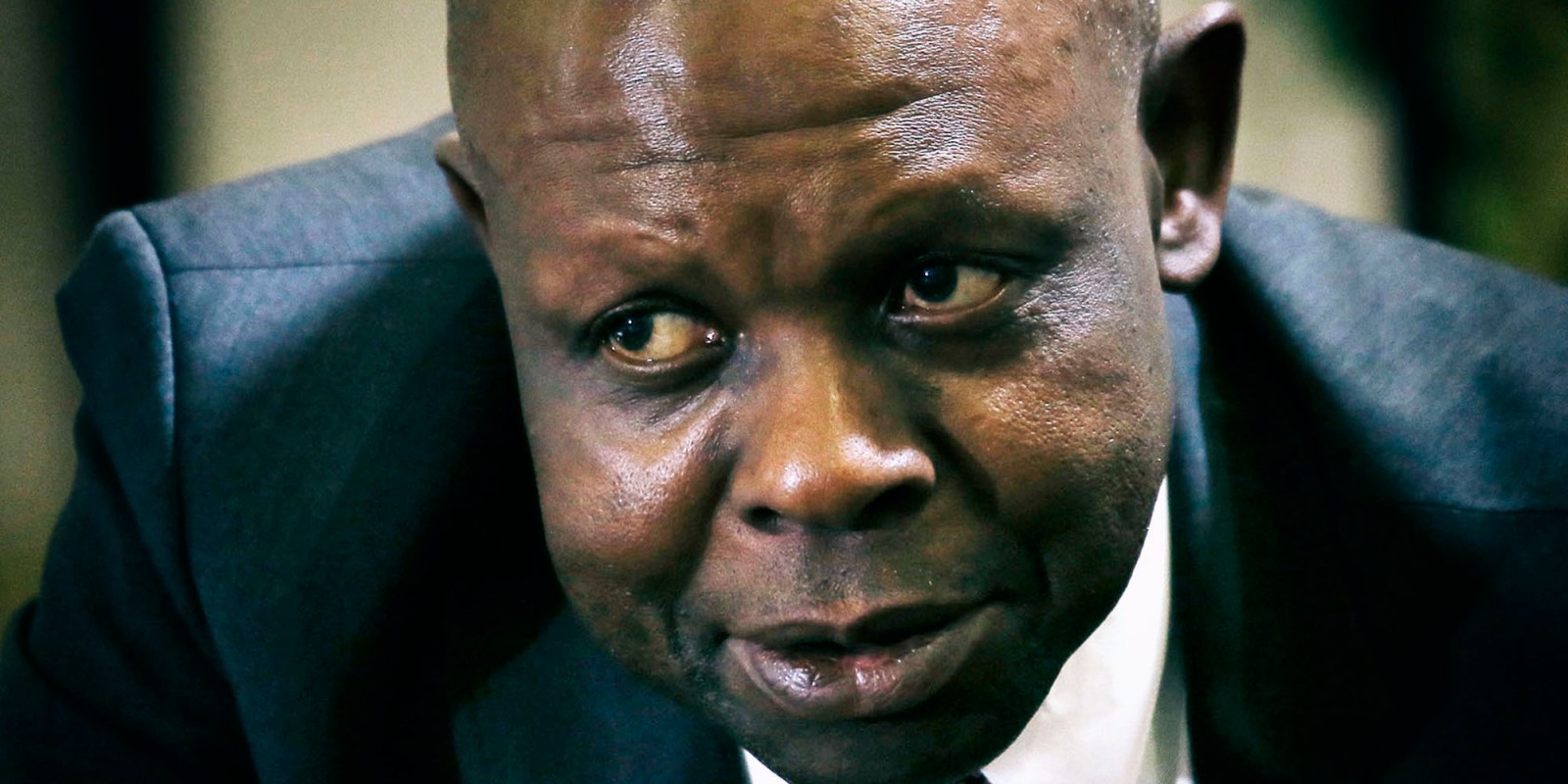 Whatever the contents of the letter, this clearly provided enough incentive and motivation for Hlophe to step out of the fray at a critical moment in his controversial professional life.

In an uncharacteristic move, the generally pugilistic Judge President of the Western Cape, John Hlophe, on Monday politely agreed to recuse himself from hearing Public Protector (PP) Busisiwe Mkhwebane’s challenge to the constitutionality of Parliament’s rules to impeach her.

Hlophe had controversially allocated himself alongside judges Elizabeth Baartman and Mokgoatji Dolamo to hear Mkhwebane’s ongoing challenge, due to be heard in the Western Cape High Court on 7 June.

Hlophe himself faces possible impeachment should the Judicial Service Commission (JSC) confirm a scathing finding made in April by a tribunal that he is guilty of gross misconduct. The final verdict by the JSC is expected on 4 June.

Hlophe allocated the PP matter to himself regardless of the tribunal’s serious finding as well as an obvious conflict of interest in that advocate Dali Mpofu, who represents the PP, is also one of the members of the JSC that will decide Hlophe’s fate.

However, on Monday, Hlophe wrote in response to the Democratic Alliance’s stiff memo to him at the weekend through its legal representative, Elzanne Jonker, that he would recuse himself.

Whatever the contents of the letter, this clearly provided enough incentive and motivation for Hlophe to step out of the fray at a critical moment in his controversial professional life.

He has not been averse to publicly criticising colleagues, calling his deputy, Patricia Goliath, a “nonentity” and accusing the Chief Justice of lying.

His self-appointment to the PP matter, however, would suggest an optimism on Hlophe’s part that the JSC might find in his favour.

There is no doubt that the DA, one of 20 respondents in the PP’s application, would have applied for Hlophe’s recusal, in which case the contents of the letter would have been made public.

On Monday, 24 May, Hlophe acknowledged receipt, responding: “Given the public statements made by me and those attributed to my lawyers, perhaps I should not sit in the matter, though I am one of three judges and the Democratic Alliance is one of several parties. I accordingly withdraw from the matter.”

The only trace that Hlophe still might not be utterly convinced he should not sit on the Bench with such a bank of brooding dark clouds on the horizon is the “though I am one of three judges” response, as if his presence on the Bench as the Judge President would be somehow neutralised by this.

Hlophe’s legal representative, the beleaguered Barnabas Xulu, in his challenge to the finding of gross misconduct, accused the tribunal of “endorsing the views of a political party that engaged in political campaigns” against his client.

He accused Freedom Under Law and its chair, retired Constitutional Court Justice Johann Kriegler of being “partisan” and of waging “a spirited campaign against Judge President Hlophe”.

An earlier attempt by the Public Protector to halt parliamentary inquiry proceedings was dismissed in October 2020 when Judge Vincent Saldanha found “there would be serious prejudice to public interest, coupled with the separation of powers, harm to the National Assembly if the [parliamentary] process did not ensue”.

Part B of the matter, in which Mkhwebane seeks to have Parliament’s rules declared unconstitutional, will be heard in the Western Cape High Court between 7 and 11 June.

Hlophe still has to face another tribunal with regard to serious allegations of gross misconduct lodged with the JSC by Goliath. In 2020 Chief Justice Mogoeng Mogoeng recommended that Hlophe answer to some of these charges. Hlophe challenged the recommendation. DM