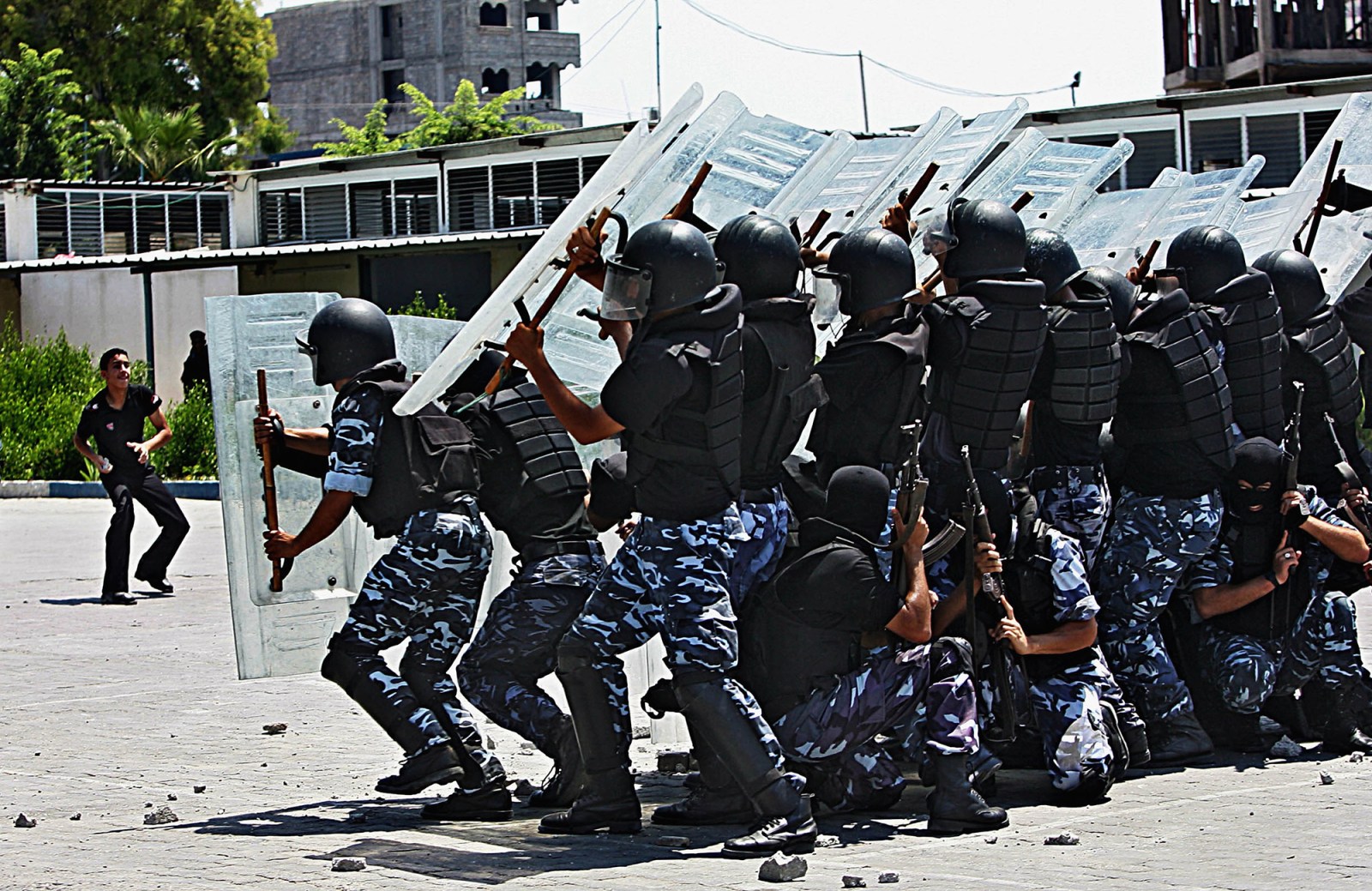 British aid projects supporting Palestinian security forces appear to be as much about helping to stop threats to Israel, the occupying power, as they are about enhancing Palestinian state-building.

The UK is running a multimillion-pound aid project in the Israeli-occupied West Bank to develop “more capable” Palestinian security forces who can prevent the “potential overspill of violence into Israel”.

The project, which is managed jointly by the Ministry of Defence (MOD) and the Foreign Office and lasts until 2022, aims to “deal with threats to Israel originating in the West Bank”.

It also intends to build the capacity of Palestinian security forces to promote “security cooperation with Israel”.

The project — the Capability, Accountability, Sustainability and Inclusivity Programme — provides support to the internal security forces of the Palestinian Authority (PA), the interim government in the West Bank which was created in 1994 as part of the Oslo Accords. It cost £3.3-million last year.

While the PA is seen as legitimate by some Palestinians, it is criticised by many for acting as a security subcontractor for the Israeli occupation. Mahmoud Abbas, the leader of the PA since 2005, previously said collaboration with Israeli security forces is “sacred”.

The PA’s security forces have often tried to block demonstrations at Israeli checkpoints or settlements in the West Bank, and have cracked down on Abbas’ political rivals — in the past with guidance from British intelligence agency MI6.

Last Friday, The Times of Israel wrote that despite planned evictions of Palestinians in Jerusalem and Israeli military action in Gaza, “The West Bank has yet to see a full-scale uprising. Part of this is due to Israeli and Palestinian Authority cooperation, as both sides are working closely to keep the situation under control.”

Britain’s project, which is funded from its official aid programme, aims to improve the PA’s image amongst Palestinians by tackling “perceptions of corruption” and bolstering its “legitimacy and ability to govern”.

The project has enabled PA security forces to learn “skills required to deliver and oversee delivery of security services”, as well as facilitated their “capability to develop, manage and deliver training for security sector personnel”.

It has also promoted “effective coordination” between PA security forces and the “local community”. The UK says it wants “a more capable, accountable, sustainable and inclusive PA security sector”.

However, Human Rights Watch has called on the international community to suspend its support for certain PA security units, which it repeatedly accuses of detaining journalists and torturing activists.

The British programme is funded through the £1.3-billion cross-government Conflict, Security and Stability Fund (CSSF), which a parliamentary committee has compared to a “slush fund” for financing projects that do not “meet the needs of UK national security”.

A funding breakdown of the programme shows the MOD received £2.3-million in 2017-18 for the “British Support Team” based in Ramallah in the West Bank, through which the training of Palestinian forces is organised.

A freedom of information request by Declassified found the team consists of seven British military personnel drawn from the army and air force and is led by a brigadier.

A related British aid project which involves £138-million in spending, focuses on improving the PA’s capacity to “help reduce the potential for extremist groups to capitalise on a security and/or service delivery vacuum”.

The UK government notes that “improving government services are an important factor in countering the rhetoric of extremist elements who accuse the PA of poor performance and service delivery”.

It adds: “Much of Hamas’ political support was built on its provision of health care and social welfare to Palestinians”.

Hamas, the main opposition group to Israel in Gaza, has run the territory since winning elections in 2006 before expelling rival political factions in a near civil war. Its military wing has been proscribed as a terrorist organisation by the UK government and its police are alleged to have tortured people in custody.

The UK project documents warned of a “significant decline in the PA’s authority and capability” if its aid programme did not go ahead. This “would have serious consequences for stability”, it added. 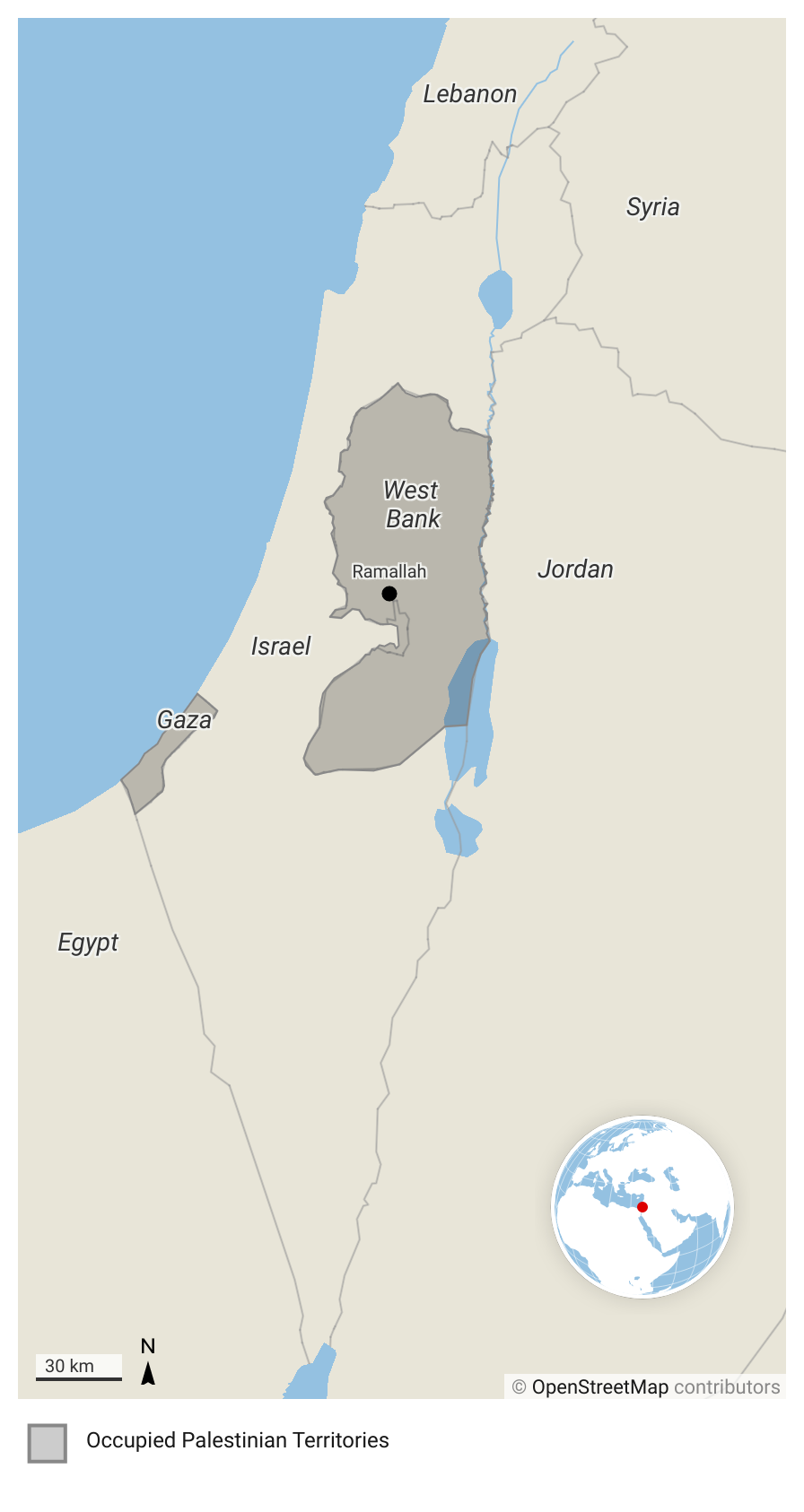 The British projects are all based on the government’s declared support for a “two-state solution” that would see a Palestinian state alongside Israel.

“The UK supports Palestinian security sector reform because a capable PASF [Palestinian Authority Security Forces] is a pre-requisite for a two state solution to the Israeli-Palestinian conflict”, programme literature notes.

However, increasing Israeli settlement building in the West Bank has made a Palestinian state increasingly unlikely. Many analysts argue the two-state “solution” has long been unviable.

British support for Palestinian security forces has been in place for at least 17 years and, according to one document, also aims to “address causes of the conflict to reduce potential security threats to the UK”.

Another potential challenge to the Israeli occupation comes from Palestinian refugees in Jordan crossing the West Bank border to return to their land, as hundreds attempted last Friday.

Jordanian police responded with tear gas and firing into the air. Photos from the demonstration show Jordan’s Gendarmerie (or Darak in Arabic) was deployed to quell the protest. From 2016-20, the Darak received UK-funded training on intelligence and “protection of critical infrastructure” through another CSSF scheme worth around £5-millon a year.

Armoured vehicles for the Darak have been manufactured in Jordan through a joint venture with Jankel, a British arms company based in Surrey. Some of the same vehicles have been supplied to PA security forces.

The UK is also spending at least £18.5-million on “security” and “stability” programmes in Lebanon in part to instil “responsibility amongst those living within the Palestinian camps” which are described as “volatile communities”.

Close to 300,000 Palestinian refugees live in Lebanon, many in dire poverty.

The “security programme” in Lebanon, again run by the MOD and Foreign Office, has the stated aim of delivering “internal and external security”. It promotes this by “equipping, training and mentoring” the Lebanese armed forces while improving the “service” provided by the Internal Security Forces (ISF), a militarised police unit.

Some of the “community policing” training for the Lebanese security forces has been delivered by Northern Ireland Co-operation Overseas (NI-CO), a state-owned company with access to officers from the Police Service of Northern Ireland.

Since this training, Human Rights Watch has repeatedly accused the ISF of using excessive force against anti-austerity protesters in the Lebanese capital, Beirut, most recently last August when more than 700 people were injured by live ammunition and birdshot.

The Lebanese political and military group Hezbollah is popular among the Palestinian refugee population of the country, and Western funding for Lebanese security forces is partly intended to counter Hezbollah’s influence.

In the 2006 war between Israel and Hezbollah in Lebanon, the Islamist group was widely seen as the victor. Hezbollah was in 2019 added to the UK government’s list of proscribed terrorist groups.

The UK programme literature notes that “the threat from terrorist groups has evolved and increasingly comes from within Lebanese vulnerable communities, including Palestinian refugee camps”.

In a separate project running from 2016-19, the UK Foreign Office spent £3.6-million annually to address tensions between the Palestinian and Lebanese communities in the country. The aim was “increased social cohesion, participation and responsibility amongst those living within the Palestinian camps”.

One project focused on Palestinian youth sought to “enhance social stability in Palestinian camps and gatherings [in Lebanon]” through coaching and mentoring, while engaging “religious leaders in conflict resolution activities”.

It was “targeted” at at-risk youth and aimed at “reducing the appeal of violent extremist organisations.” It sought to ensure “youth in Palestinian camps in Lebanon… shift their mentality from interest or involvement in violent extremism towards becoming a constructive force”. DM

Matt Kennard is head of Investigations, Mark Curtis is editor and Phil Miller is staff reporter, at Declassified UK, an investigative journalism organisation that covers the UK’s role in the world.