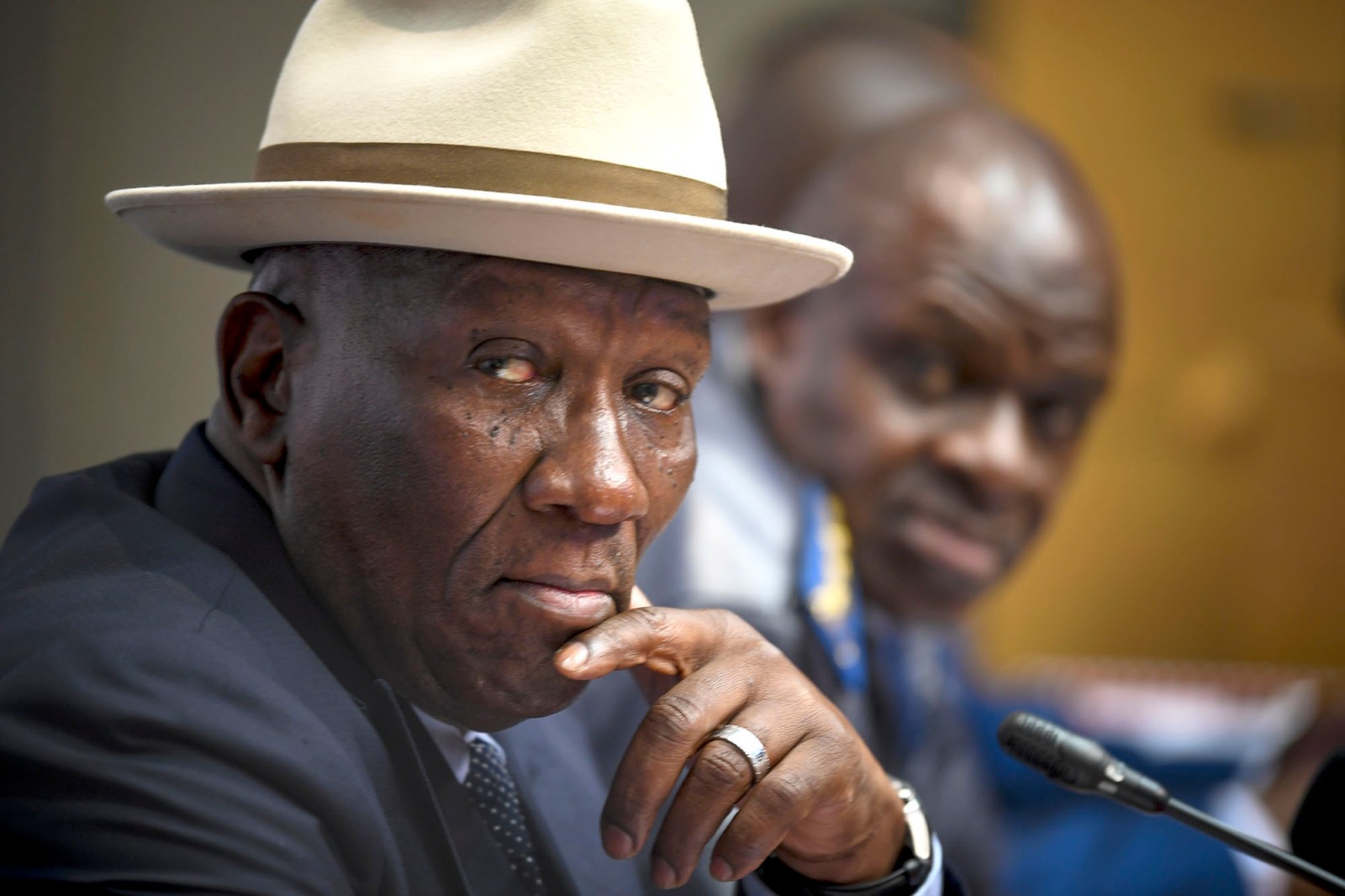 The conflict between Minister of Police Bheki Cele and National Police Commissioner Khehla Sitole over appointments made to senior posts in the SAPS raises questions on the police minister’s role in appointments in the police service — and if that role is constitutionally appropriate.

Catherine Kruyer is an advocate of the high court of South Africa and a legal researcher at the Helen Suzman Foundation.

On 4 May, in a briefing to the Parliamentary Portfolio Committee on Police, National Commissioner Khehla Sithole announced four senior appointments in the police service: Two new provincial commissioners (KwaZulu-Natal and Limpopo) and two new divisional commissioners.

This raises important questions: What is the police minister’s role in appointments in the police service and is that role constitutionally appropriate?

The Constitution provides that a member of the Cabinet — the minister of police — must be “responsible for policing” and must “determine the national policing policy” in consultation with provincial governments. Thus, it is the minister who controls the policy and strategic direction of the police service.

The Constitution, however, requires the appointment of a National Commissioner to “control and manage the police service” in accordance with “the national policing policy and the directions” of the minister. The National Commissioner must implement the policy and strategic direction determined by the minister, but is responsible for the operational and managerial control of the police service.

The Constitution, thus, removes the operational and managerial control of the police service from the hands of political actors. In doing so, the Constitution seeks to strike a balance between a police service that is democratically accountable to Parliament and the National Executive, on the one hand, and that is insulated from undue political interference, on the other.

The need for an appropriate balance is illuminated by South Africa’s dark past, where the police were deployed by the government for repressive political purposes. In our new constitutional democracy, the police service is intended to act in the public interest. The Constitution expressly prohibits the police service from acting to further any partisan political interest.

The Constitution provides that the National Commissioner, with the concurrence of the provincial executive, must appoint provincial commissioners. It is only where the National Commissioner and the provincial executive are unable to agree on an appointment that the Constitution contemplates a role to be played by the minister in the appointment, and that role is to mediate between the parties. This is given effect in section 6 of the South African Police Service Act, 1995.

The Constitution and the SAPS Act, thus, clearly do not require the concurrence of the minister for the appointment of a provincial commissioner.

However, the SAPS employment regulations — made by the minister — give the minister a role in appointments and promotions to senior-level posts in the police service (including divisional commissioners).

The minister appears to understand the SAPS Employment Regulations as requiring his concurrence before an appointment to a senior-level post may be made. However, the Constitutional Court has on numerous occasions pronounced upon the meaning of provisions conferring a power that must be exercised “in consultation with” another person or entity. The decision to appoint or promote must be taken after consultation with the minister and the minister’s views must be given serious consideration. But the minister’s concurrence is not required. The consultation requirement leaves the final decision with the National Commissioner.

The minister — in making the SAPS Employment Regulations — has assumed for himself a consultative role in appointments to senior-level posts, which is not envisaged in the constitutional scheme delineating responsibilities or in the act.

The constitutional scheme governing the police service clearly requires it to be politically accountable. However, it also seeks to insulate it from direct political control — putting control over the operations and management of the police service out of the hands of political actors.

The Constitutional Court has made it clear that adequate independence does not require “insulation from political accountability”, but rather “insulation from a degree of management by political actors that threatens imminently to stifle the independent functioning and operations” of an independent entity. The police service must be safeguarded from undue political interference, particularly in decisions regarding who to investigate and charge in individual cases.