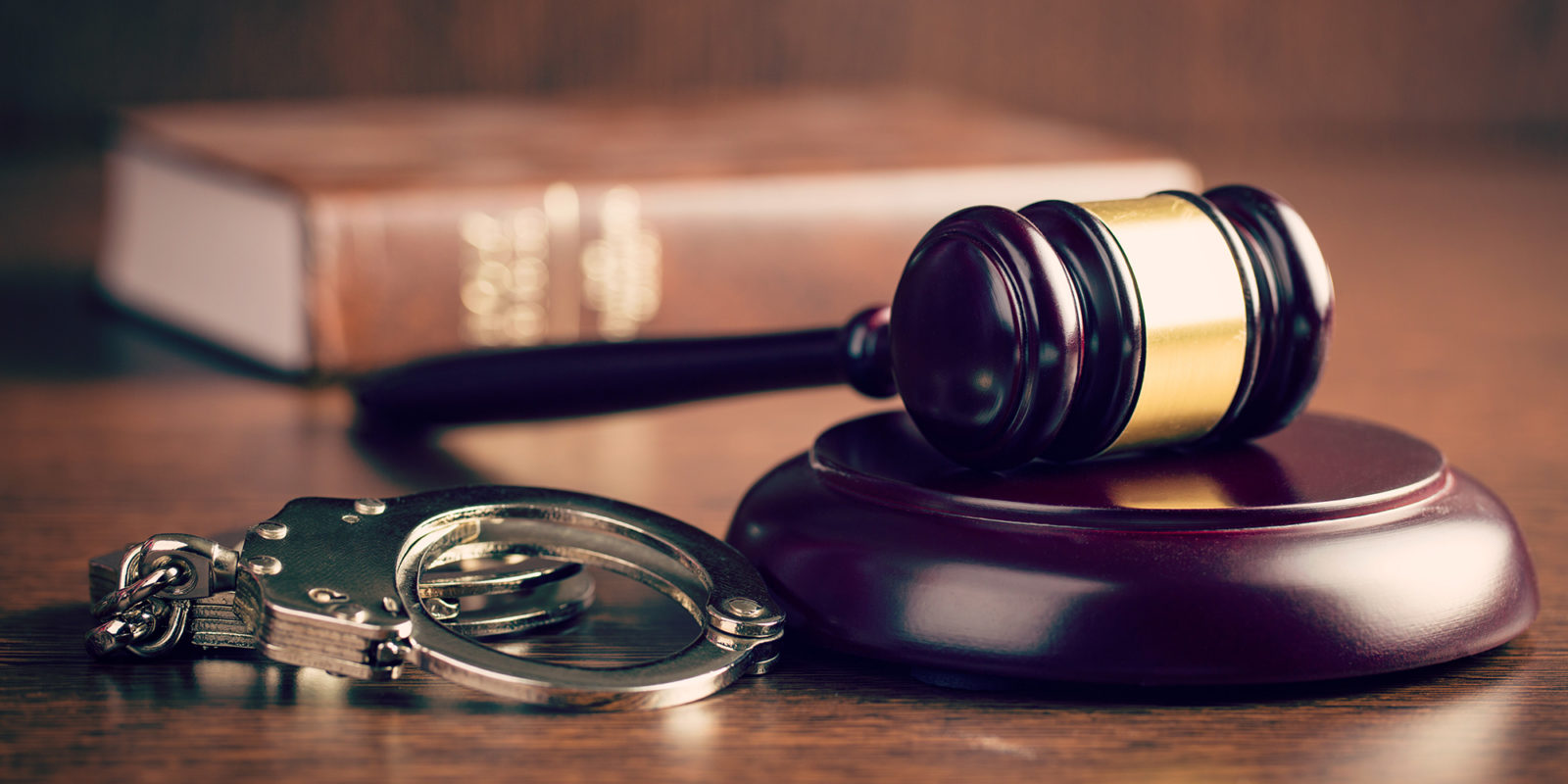 On 29 May 2005, Johannes Mahlangu was arrested in connection with multiple murders. He was tortured in police custody, forced to confess and falsely implicated a neighbour. Now the Constitutional Court has ruled that the police minister must pay the men for their time in jail.

Two neighbours — Johannes Mahlangu and Phanie Mtsweni (who has since died) — must be compensated by the Police Minister for being jailed for more than eight months after one was tortured into making a false confession. The Constitutional Court handed down judgment in this matter on Friday.

This comes after two other lower courts found Mahlangu and Mtsweni should be compensated only for some of the time they were jailed.

Daily Maverick last week published a Viewfinder article on its new investigation that showed that raw data from the Independent Police Investigative Directorate indicated that “violence permeates police work in the country”.

A portion of Friday’s Constitutional Court judgment was exceptionally critical of the conduct of certain cops and hinted at the horrors Mahlangu and Mtsweni were exposed to.

It said: “The relevant factors here are that Mr Mahlangu was tortured by several police officers before he made the confession that led to the deprivation of his liberty. The investigating officer did not disclose the torture and assault to the prosecutor, nor did he inform the prosecutor that the confession was engineered by the assault and torture.

“The circumstances under which Mr Mahlangu and Mr Mtsweni were detained for eight months and 10 days were unpleasant, to say the very least. In addition, they were placed in solitary confinement for two months to protect them from attack and taunting by fellow detainees who believed that they had killed their relatives.

“No amount of compensation can undo the humiliation and human rights violations [they] suffered.”

Mahlangu was awarded R550,000 in compensation, and a woman identified only in court papers as Ms Mailela, who represented the estate of Mtsweni, R500,000. (This was to be paid with interest.)

The judgment said there was no reason the minister should not be ordered to pay the costs, as well as that of three counsel.

“If we are to give meaning to freedom as a foundational value of our Constitution and to the right to freedom and security of the person, we cannot allow the police to deprive people of their freedom by so simple a stratagem as behaving in the egregious manner in which they did here and then lying low and keeping quiet to see if anything will come to the rescue of the victims of their nefarious deeds,” it said.

“If we allow that to happen, then police — like they did before the advent of our democracy — will continue to ride roughshod over the freedoms of our people.”

The incident that led to the neighbours’ detention unfolded nearly 16 years ago.

Four members of a Middelburg family — a father, mother and their two children — were murdered on 25 May 2005.

“One of the children was a little girl who was also savagely raped. A third child, a three-year-old girl, survived the ordeal,” the Constitutional Court judgment noted.

Police opened a case of murder, rape and robbery. On the second and third day after the multiple murders, a Lieutenant Mthombeni took statements from various people who found the bodies.

These witnesses did not implicate anyone. Four days after the murder, Mthombeni and three colleagues went to Mahlangu’s home where he was with his partner, baby and uncle.

“Despite the fact that he had no basis whatsoever for suspecting that Mr Mahlangu was involved in the commission of the crimes he was investigating, Lieutenant Mthombeni arrested Mr Mahlangu without a warrant,” the judgment said.

“He did not advise him of his rights in terms of the Constitution.”

The cops took Mahlangu to the Serious Violence and Organised Crime Unit in Middelburg where they questioned him about the killings. He denied any knowledge.

“In order to force him to admit that he had committed the crimes, they placed his legs in irons, handcuffed his hands behind his back and repeatedly suffocated him by placing a rubber tube or a plastic bag over his head. This lasted for several hours,” the Constitutional Court judgment said.

“Mr Mahlangu ultimately succumbed and confessed to crimes he had not committed.”

He first said that he shot those murdered.

“This, of course, was pure guesswork and it was not correct,” the judgment said.

“When he was put under further duress, he, by chance, got it right and said that the deceased persons had been stabbed to death.”

The police officers had insisted Mahlangu had not acted alone and “forced him” to point out someone else.

“He identified Mr Mtsweni, who was merely his acquaintance and neighbour, as his supposed co-perpetrator.”

The judgment said that five days after the murder, due to the torture and assault, Mahlangu made a written statement to a police captain, confessing in detail how he and Mtsweni committed the crimes.

That same day Mtsweni was arrested without a warrant and detained with Mahlangu. The duo made their first appearance, without legal representation, in the Middelburg Magistrates’ Court on 31 May 2005.

“When Lieutenant Mthombeni presented the case docket to the prosecutor it contained all the statements he had obtained, including the false confession made by Mr Mahlangu,” the judgment said.

“He did not inform the prosecutor that the confession was elicited through torture.”

Mahlangu and Mtsweni indicated they wanted to apply for bail, but the matter was remanded for further investigation. It was subsequently remanded a few times and they remained behind bars.

“It appears that at some stage, an attorney represented both of them. Mr Mahlangu testified that his understanding was that Mr Mtsweni had applied for bail but that it was refused.”

This had not been confirmed nor disproved.

Mahlangu and his attorney, he said, had not seen “eye to eye”, so bail was not applied for on his behalf and he was kept in jail.

The Constitutional Court judgment further stated: “He testified that whilst being held in incarceration, the police tortured them, alleging that they had killed people and that some of the prisoners assaulted them and accused them of having killed their relatives.”

“The Director of Public Prosecutions decided to prosecute the perpetrators and declined to prosecute Messrs Mahlangu and Mtsweni,” the judgment said.

“They were accordingly released on 10 February 2006, after being detained for approximately eight months. The perpetrators were subsequently convicted and sentenced to life imprisonment.”

It was split in its decision. The Supreme Court effectively found that the liability of the minister stopped when the magistrate ordered Mahlangu and Mtsweni’s further detention on 14 June 2005, when it was found they should have applied for bail which may have been granted.

Mahlangu and Mtsweni approached the High Court in Pretoria claiming damages — each claimed R2.7-million in general damages for “severe emotional and psychological trauma”, and R85,000 in loss of income.

This court had “held that Mr Mahlangu’s confession was irregularly obtained because he was not warned of his constitutional rights and had been tortured”.

It accepted that Mtsweni was arrested on the basis of Mahlangu’s confession.

However, the Constitutional Court judgment said the high court had found the police minister’s liability in the matter ended once the magistrate had ordered the duo’s further detention during their first court appearance.

It therefore only awarded damages for the period Mahlangu and Mtsweni were detained from their arrest to their first court appearance — R90,000 to Mahlangu and R50,000 to Mtsweni — and directed the police minister to pay their legal costs.

“No damages were awarded in respect of the claims for the alleged loss of income and earning capacity,” the Constitutional Court judgment said.

The matter eventually landed in the Supreme Court of Appeal which was to decide whether the minister should be held liable for their full period of detention.

It was split in its decision. The Supreme Court effectively found that the liability of the minister stopped when the magistrate ordered Mahlangu and Mtsweni’s further detention on 14 June 2005, when it was found they should have applied for bail which may have been granted.

Only the minority in the Supreme Court matter would have awarded damages for their full detention, concluding “that the forcible extraction of the confession was the cause of the entire period of the applicants’ incarceration”.

Mahlangu and Mtsweni wanted to appeal and so the matter landed with the Constitutional Court.

This is what culminated in Friday’s judgment that said they should be awarded greater compensation:

This was equated to eight months and 10 days.

“It is trite that damages are awarded to deter and prevent future infringements of fundamental rights by organs of state,” the court found.

“They are a gesture of goodwill to the aggrieved and they do not rectify the wrong that took place.” DM