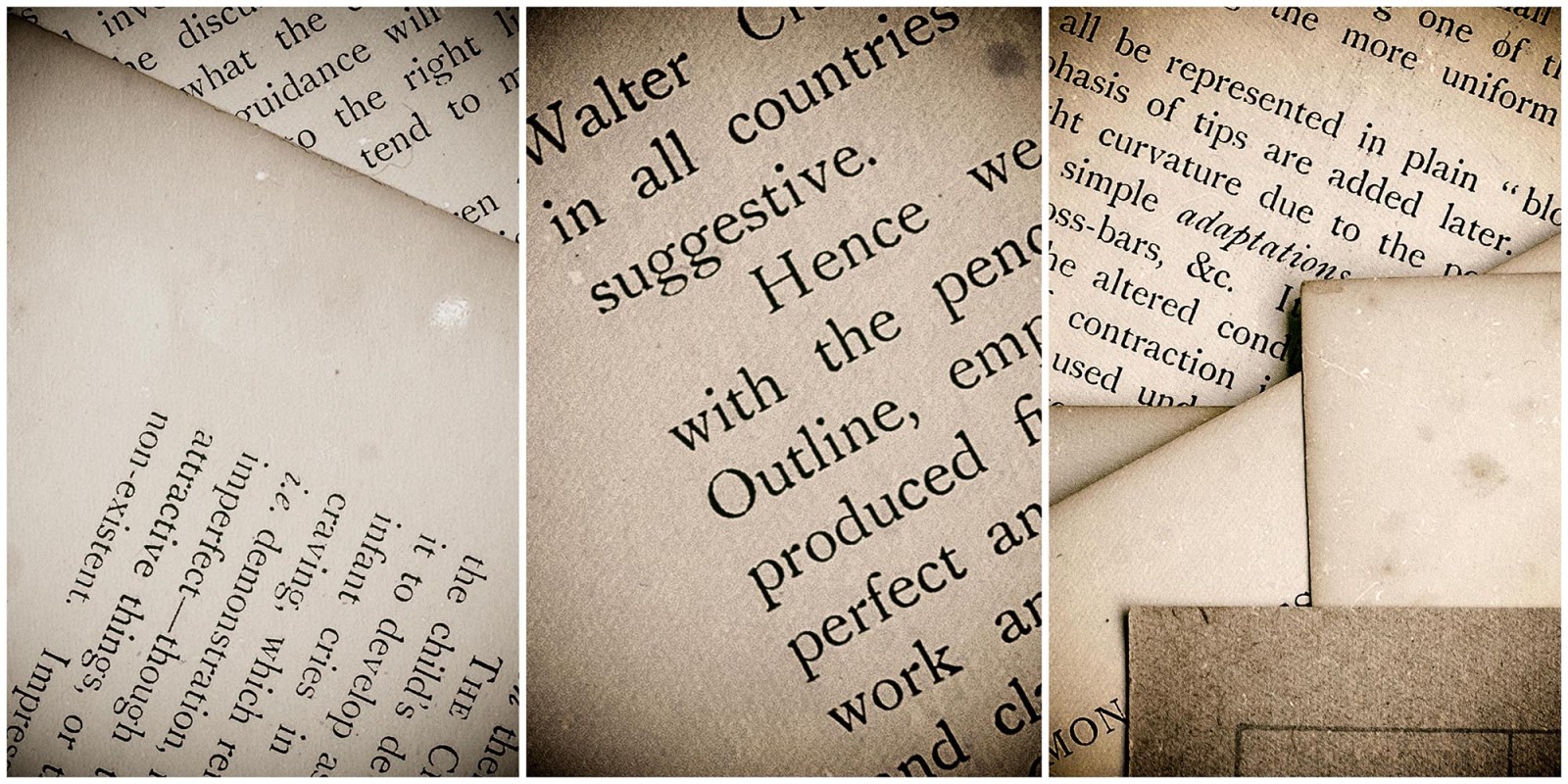 The progress of the Copyright Amendment Bill and Performers Protection Amendment Bill was halted after Cyril Ramaphosa referred the bills back to Parliament for further consideration, as they did not ‘pass constitutional muster and may therefore be vulnerable to constitutional challenge’.

Disability rights activists, performers and creatives have expressed dismay at the National Assembly’s Trade and Industry Committee’s deliberation on the long-awaited Copyright Amendment Bill (CAB)— which they believe will effectively relegate the Bill back to the starting blocks.

The National Assembly’s Trade and Industry Committee met on 12 May to discuss President Cyril Ramaphosa’s concerns about the Bill — almost a year after the president sent the bill back to Parliament for review.

The CAB, drafted by the Department of Trade, Industry and competition (DTIC), amends the outdated Copyright Act of 1978 and was realised after a decade-long process of consultation. While the committee will adopt their final report about the Bill on Friday, supporters of the Bill feel that the direction of the committee’s discussion on 13 May is a major setback to their hopes of having the Bill signed into law.

The Bill’s progress has been a stop-start affair provoking protests and legal challenges against the delay in signing it into law. The CAB and the linked Performers Protection Amendment Bill (PPAB) had both been passed by the National Assembly and were sent to the president to be signed into law in March 2019. The PPAB cannot be passed without the associated CAB since there are certain clauses in the former that are intrinsically linked to the CAB.

However, the Bills were stopped in their tracks when in a letter dated 16 June 2020, President Cyril Ramaphosa referred the CAB and PPAB back to Parliament for further consideration because the Bills, in his view, did not “pass constitutional muster and may therefore be vulnerable to constitutional challenge.”

The National Assembly’s Portfolio Committee on Trade and Industry deliberated the following areas of the Bills on Wednesday:

After the committee meeting, the DA shadow minister of Trade, Industry and Competition Dean Macpherson released a statement on Twitter which reads in part: “The DA welcomes the parliamentary backflip done by ANC members on the Copyright Amendment Bill in today’s Portfolio Committee of Trader, Industry and Competition…We are now essentially back to the drawing board which will see the Bill being re-tagged as a section 76 Bill, further public participation on the ‘Fair Use’ clause as well as scrapping retrospective compensation and arbitrary deprivation and deleting executive powers farmed out to the Minister to act without Parliamentary authority.”

Sadtu media liaison Nomusa Cembi said in response: “I can’t tell what exactly happened in parliament as I don’t know the stance of the ANC. What we can say as Sadtu is that, as a union in the education sphere, we want the president to approve the Bill asap so that learners can have access to education materials which is key towards fulfilling the right to access to education as espoused in the country’s constitution.”

In reaction to the committee’s discussion, Saga chairperson Jack Devnarain said: “The multi-party Portfolio Committee for the DTIC elected today to ignore the recommendations of the Parliamentary Law Advisor and stall any further progress on the CAB and PPAB.”

The decision to retag the Bills is, in Saga’s view, a major concession to pressure from international studios and publishing groups that have exploited SA creative talent long before the dawn of South African democracy.

“We have failed to transform our industry and Parliament has assumed the role of chief obstructionist. Our political leaders have taken their time to address the desperate cries of actors. Their latest stalling strategy is a cutting insult to the memory of great pioneering actors whose families will never see a cent of the billions of Rand reaped from their work. We are in the grip of a new system of state-approved exploitation. It’s a relic of the apartheid economy, but it feeds the insatiable greed of large corporates who exercise great influence over the levers of political power.”

Last month Blind SA, represented by the public interest organisation SECTION27, launched a case in the high court of South Africa (Gauteng Division) against what it believes is the state’s failure to legislatively redress the outdated Copyright Act of 1978. The Act makes no provision for people with disabilities and their need to access works in accessible formats such as Braille.

Contained in the CAB is section 19D which ensures that people with visual and print disabilities are immediately able to access protected works. It is this proposed new section of the Bill that Blind SA’s court challenge invokes government to legislatively implement.

Blind SA’s vice president Christo de Klerk was disappointed by the committee’s deliberation since it “boils down to the Copyright Amendment Bill going back to square one as it were”.

“It is disastrous. I believe the portfolio committee succumbed to pressure from the well-resourced big companies.”

De Klerk explained that while the committee’s discussion does not affect Blind SA’s litigation, it nevertheless has an impact on blind and visually impaired people.

“The other stake that we have in the Copyright Amendment Bill is that we have blind performers, blind learners and teachers who are affected by the other provisions of the Bill which is now back to square one.”

The delay in signing the CAB into law holds back South Africa’s accession to the 2013 Marrakesh Treaty, which facilitates access to published works for blind, visually impaired and otherwise print-disabled persons. The treaty also enables the cross-border exchange of works in accessible formats for people with disabilities.

To inform Parliament’s deliberation of the Bills, a group of leading South African and International copyright and constitutional academics released their considered legal opinion in a press conference earlier this week which outlines their specific recommendations in response to the President’s reservations. They believe the bill meets the constitutional requirements.

Their opinion states that the current copyright act of 1978 and its regulations are [SS1] unconstitutional and that  “the CAB promotes the Constitution and the Bill of Rights by amending the deficient Copyright Act with provisions modelled on examples that exist in other open and democratic societies. Until the CAB is adopted, the Copyright Act 1978 will continue to violate the Bill of Rights, and therefore responding to the President’s reservations and finalising the Copyright Amendment Bill is urgent. The urgency of amending the Copyright Act is all the more important with the advent of the Covid-19 pandemic, which has cut off access to physical schools, libraries and other institutions. These public services, in many cases, are not enabled to share materials for remote access and learning needed to promote the enjoyment of the rights in the Bill of Rights.”

Sanya Samtani, Doctoral Researcher at the Law Faculty at the University of Oxford is a member of the academic team that signed the opinion.

Samtani said: “In this morning’s Portfolio Committee deliberations, MPs across the political spectrum stated that they preferred to respond to the President’s reservations by referring the CAB for retagging and reopening public participation regarding fair use amongst other issues on the basis that they were ‘erring on the side of caution’. This is an error — not on the side of caution but on the side of continuing the ‘book famine’ and depriving the most marginalised groups in society of equitable access to materials under copyright.

“The current Copyright Act 1978 and its regulations unfairly discriminate against persons living with disabilities and limit the right to education for all, amongst other rights in the Bill of Rights. The CAB seeks to address this by discharging Parliament’s duty to bring old-order (apartheid-era) legislation in line with the Constitution in general and the Bill of Rights in particular. Delaying the CAB even further, as entailed by this morning’s deliberations, perpetuates a likely unconstitutional situation.” DM/MC