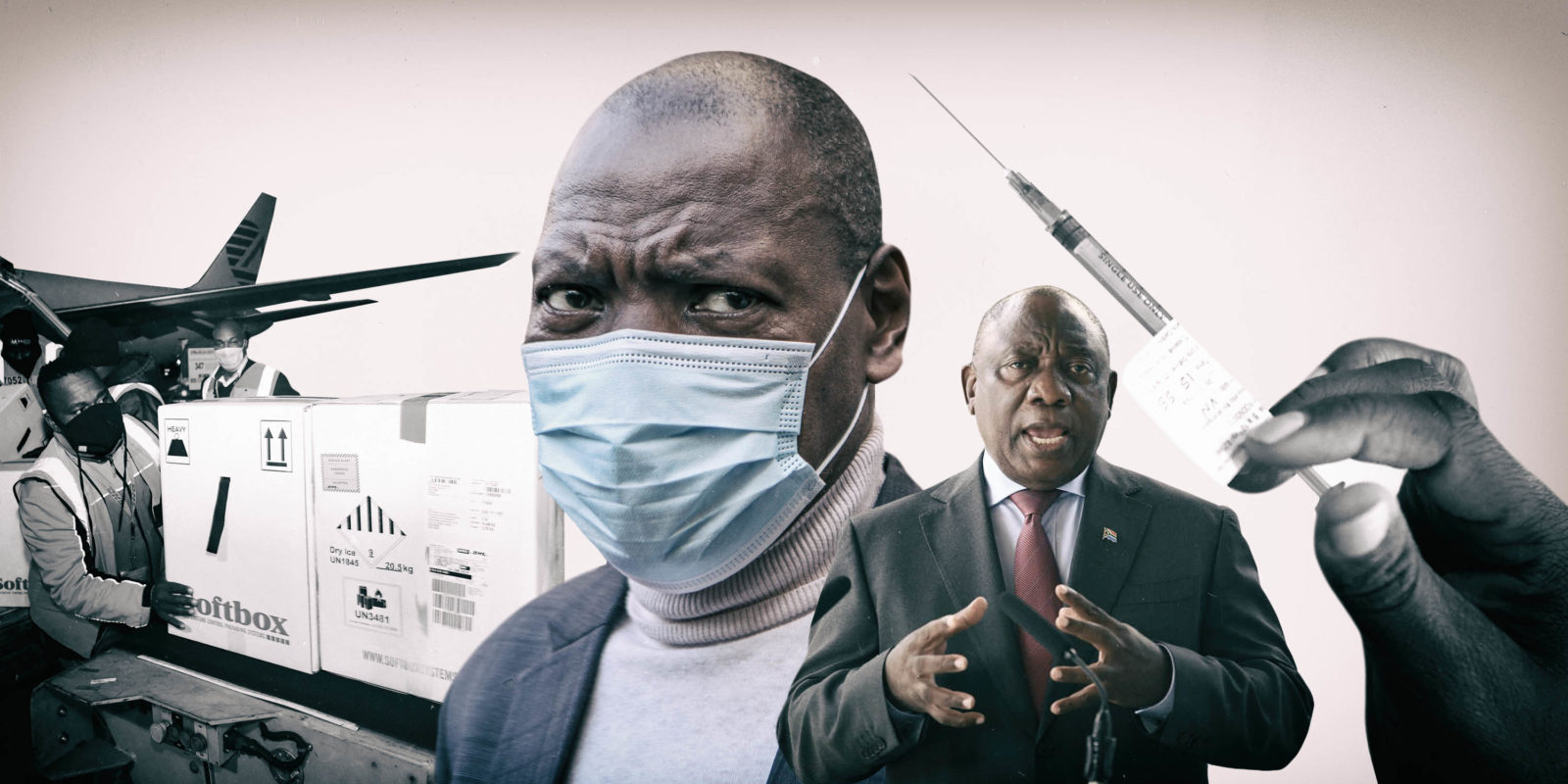 While the political focus of the last few months has been on the issues around Ace Magashule, the ANC and its ‘step-aside resolution, the Covid-19 pandemic and the vaccination roll-out could now take over as the key issue for the rest of the year. In particular, we may be about to enter a period of what could be called ‘vaccination frustration’.

It may be important to assess government’s record on the vaccine roll-out, and how this will be measured politically. It has the scope to pit one province against others, and possibly even the private sector against government, with the judiciary being forced to take divisive decisions.

But if there is a perception that government is failing, there could well be a groundswell of frustration felt by voters and the economy.

On Monday morning health minister Dr Zweli Mkhize said the Free State had now technically crossed the line and entered a third wave of coronavirus infections. The number of new daily cases has been slowly increasing over the last few weeks. He also confirmed that the B.1.617.2 variant first found in India, had now arrived in South Africa, along with a variant first found in the UK (so far most scientists have said they believe the B.1.617 variant poses no greater risk to our population than other variants, and that the current vaccines work against this variant).

While Mkhize stressed it is still possible to avoid a third wave of the disease, it does appear the risk of a new wave of infections has increased.

In the meantime, the Sisonke study, which is due to deliver half a million shots-in-arms, still has almost 100-thousand injections to go, aiming to complete that goal by Monday.

Meanwhile, Western Cape premier Alan Winde has said that they hope to be able to vaccinate up to thirty thousand people a day in his province. He is also confident they will very quickly use almost all of the vaccine doses they receive, and if other provinces have surpluses, he hopes to be able to access them as well.

Up until this point, it has not really been possible to blame government for people not being vaccinated.

First, there was no vaccine. Then, it was generally accepted that the countries where the vaccines were first developed and with advanced industrial capacity would be the first to vaccinate their populations. And, generally speaking, it was obvious that we would have to wait until doses were available for purchase.

But now all of that has happened. And, as government explains how many doses are now available for South Africans, the onus will fall on the health department and provincial departments around the country to ensure that vaccine doses reach people’s arms.

It is likely that journalists and citizens (and opposition parties) will know exactly how many doses are in the country, when they are arriving and, probably, how they are being used. Provincial health MECs will be asked on a daily basis how many people have actually received their dose.

This means the metric that may be used to assess how provinces are doing is likely to be the number of unused doses.

Of course, a dose won’t arrive in the Western Cape or Limpopo and be used on the same day. It will have to be orderly and managed. But the number of doses a province has received, when it received them, and how many it has used may well become public knowledge, providing an important metric of how provinces could well be assessed.

In the meantime, it appears that very few, if any, people have received the SMS that will inform them when and where they will receive the vaccination. To register, you first go on to the government portal. You then receive an SMS confirming your registration. Under the process, you are then supposed to receive a second SMS informing you when and where your vaccination appointment will be.

Earlier this week the health department said that those messages will come “very soon”. But, unless a flock of phones starts chirping soon, it seems unlikely that next week will see a flood of people turning out at vaccination sites.

This means it is possible there could be a rise in Covid-19 infections while those who are vulnerable to the disease have not yet been vaccinated.

This raises the spectre of what would happen if people here start dying in large numbers, while vaccine doses are available. Imagine losing a child or a parent or a family member or a spouse because they did not receive their dose in time – something that was in the control of government.

At the same time, around the world, the images that we are being confronted with are changing quickly. International media coverage, for so long dominated by awful pictures of emergency teams covered in plastic overwhelmed by death and despair, is now of young Spaniards partying in the streets, of people in the US enjoying themselves, and of life returning to “normal”.

Many South Africans will know people who have been vaccinated in other countries; family WhatsApp groups carry images of people’s vaccination cards, increasing the pressure on our government.

At the same time, economic numbers from the US and other countries may start to show quick economic recoveries as a result of the vaccination programme, while our economy could well still founder. This could mean that some people will blame their lack of income (and lack of employment) on government’s inaction on vaccines.

There is also a curious lack of advertising of the registration process.

The vaccination programme is the best way to end the shock – to start the recovery process. And yet there appears to be startlingly little public discussion from government about it. Cynics may say that is an indication that that government is simply not ready, and knows it.

This, then, leads to several situations which could occur.

If Winde is correct, and his province is able to use vaccine doses quickly while other provinces struggle, this could become a massive political issue very quickly.

If, for example, some vaccine doses expire because they have not been used, there could be a huge public outcry. Especially if there is a serious third wave of infections, or if there is an allegation of some people jumping the queue to get a vaccine.

The nature of our society, and the transparency which voters demand, may also mean that information about which sites are vaccinating more quickly than others could also become available. This means it may be possible to compare on a day-by-day basis how government sites are doing compared to private sector sites.

This also has the potential to create divisions, with the private sector demanding the right to use doses that are in the country but have not been used. While their critics would claim they have only a profit motive, they would say they have a duty to step in to ensure doses are used before they expire.

Add opposition parties and other movements into the mix (AfriForum has already been to court on the issue of the private procurement of vaccine doses) and court action on this is entirely possible.

However, this is also a major political opportunity for the ANC. If the vaccine roll-out goes well, the subtext of their local election campaign is likely to be along the lines of, “Thank the ANC for your vaccine, vote for us.”

But if it fails, it could well give other parties, in particular the DA, a new lease of life – they would claim the failure of the ANC is a good reason to vote for them. For an opposition party that may be losing support, this could be a godsend.

While the pandemic has shown how difficult predictions are to make in our society, it is likely that the media and opposition parties will be highly critical of the vaccine roll-out programme. It is also important to remember that this has never been done before; no one has ever tried to vaccinate millions of adults in our country in a relatively short period.

This means mistakes are inevitable, even with the best of intentions.

But in a society as politicised as ours, this also means there may be serious political consequences for those mistakes. DM