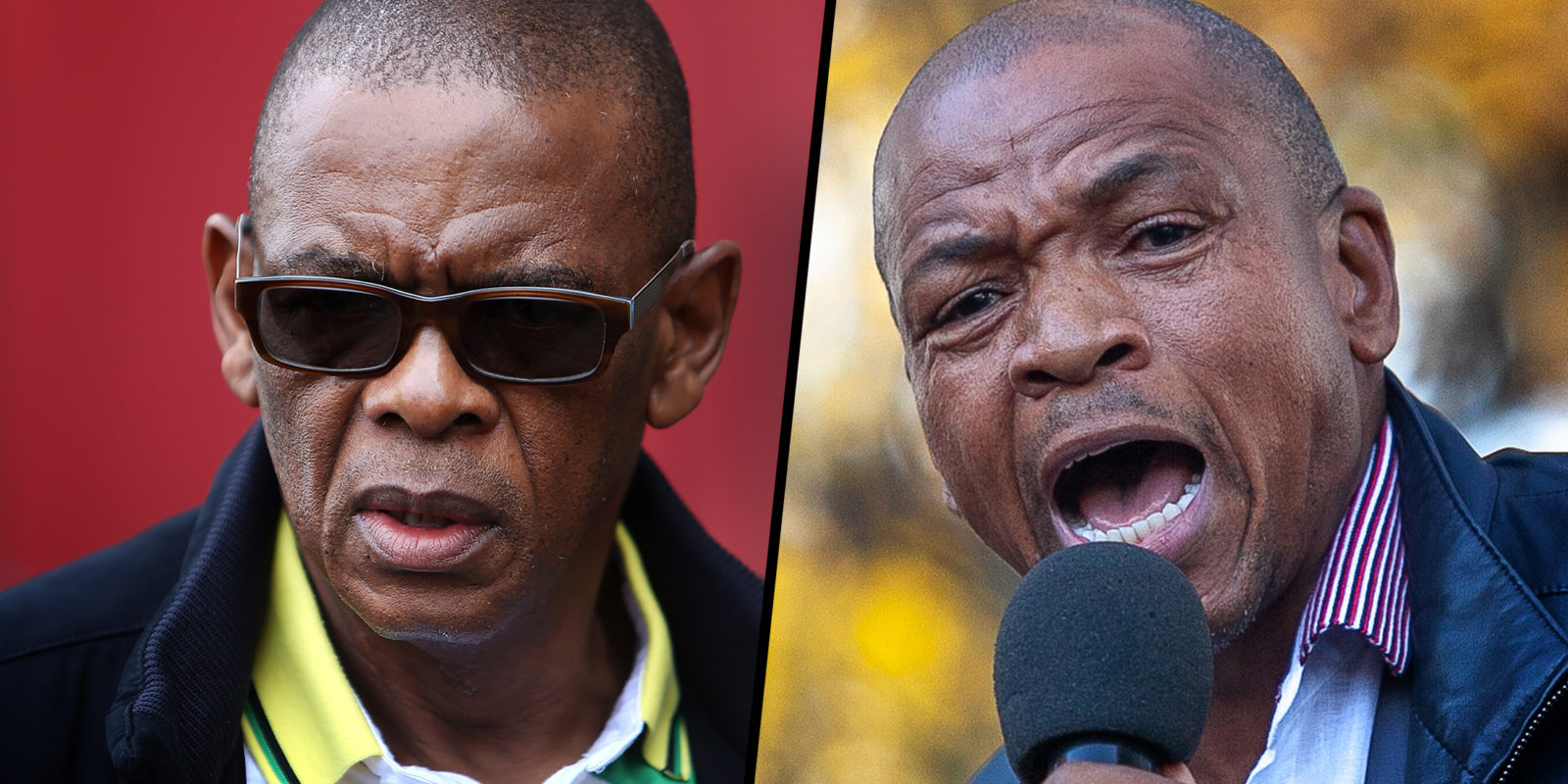 Former North West premier Supra Mahumapelo has vowed to appeal against his five-year suspension from the ANC while also looking ahead to the party’s next national conference. The deadline for ANC Secretary-General Ace Magashule to step aside, meanwhile, appears to have been extended.

Former North West premier Supra Mahumapelo has claimed his five-year suspension from the ANC did not follow the party’s disciplinary procedures and was motivated by biased rivals aiming to purge opponents.

Mahumapelo, a Member of Parliament who led the ANC in North West between 2011 and 2018, will appeal against the five-year suspension handed down by the party’s interim provincial committee on Wednesday.

He was suspended alongside acting ANC provincial Women’s League Secretary Bitsa Lenkopane for organising a parallel rally to an official party event in December 2020 ahead of by-elections. The interim ANC North West leadership provisionally suspended Mahumapelo last week, pending the outcome of his case.

Lenkopane is also appealing against her five-year suspension. According to the outcomes of their disciplinary hearings, both Mahumapelo and Lenkopane are due to undergo political mentoring during their suspensions, with Mahumapelo to be mentored by former president Thabo Mbeki for three years.

The ANC leaders will remain members while their appeals to the party’s national disciplinary committee are pending.

“The decision they took is draconian. They didn’t engage politically. I simply went and addressed a meeting of the ANC Women’s League and did door-to-door,” Mahumapelo said in an interview with the SABC.

He said he did not attend his disciplinary committee hearing on Tuesday as his legal representative was not available and the committee ruled against him without hearing his version of events.

“I won’t respect that suspension. I’m exploring internal procedures because I know it is done over bad political motives. It was decided a long time ago,” he said.

Mahumapelo, an ally of ANC Secretary-General Ace Magashule and former member of the “premier league” group that supported former president Jacob Zuma, resigned as North West premier in May 2018 after sustained protests against his leadership.

Speaking to supporters in Mahikeng on Thursday, he claimed he was being purged by political opponents alongside leaders such as Zuma and former eThekwini mayor Zandile Gumede.

Mahumapelo is linked to the ANC’s loosely grouped “radical economic transformation” faction and he suggested the group was looking at the party’s next elective conference, to be held at the end of 2022, to take control of the party and possibly reverse some of the decisions made under President Cyril Ramaphosa’s leadership.

He stressed that white South Africans still owned key economic industries while the majority of citizens were not economically empowered.

“Black people don’t own anything. That is why the ANC must push and push radical economic transformation.”

“You know if we don’t deal with these things, comrades, there will be a revolution,” said Mahumapelo.

On 29 March 2021, Mahumapelo’s ally Magashule was given 30 days to step aside from his secretary-general position while he faces corruption charges related to a R255-million Free State asbestos audit contract while he was premier of the province.

That deadline has come and gone. While the secretary-general has spent the past month consulting former leaders, including Zuma and Mathews Phosa, but not Mbeki or Kgalema Motlanthe, he has made no pronouncements on whether he will step down or force the ANC national executive committee (NEC) to decide whether to suspend him.

News24 has reported that Magashule may have been given a two-week extension to step aside, which appears to coincide with the NEC’s scheduled meeting on the weekend of 8 May. ANC Treasurer-General Paul Mashatile has suggested the 30-day deadline was a loose guide rather than a strict timeline.

Mahumapelo told SABC the ANC should tread carefully on implementing its step-aside rule, which requires members facing criminal charges to vacate their positions pending their cases. He referred to the case of ANC MP Bongani Bongo where a court dismissed corruption charges against him, against which the NPA is appealing.

“My own view is that those who are wrong step aside voluntarily. Because if you force someone to step aside, it means you are not totally complying with the Constitution, which says you are not guilty until you are found guilty by a court of law,” said Mahumapelo.

ANC National Chairperson Gwede Mantashe this week criticised party members who opposed the step-aside rule. He said delegates had voted on the resolution at the party’s 2017 conference and anyone who was unhappy with the ANC’s rules was free to leave the organisation. DM