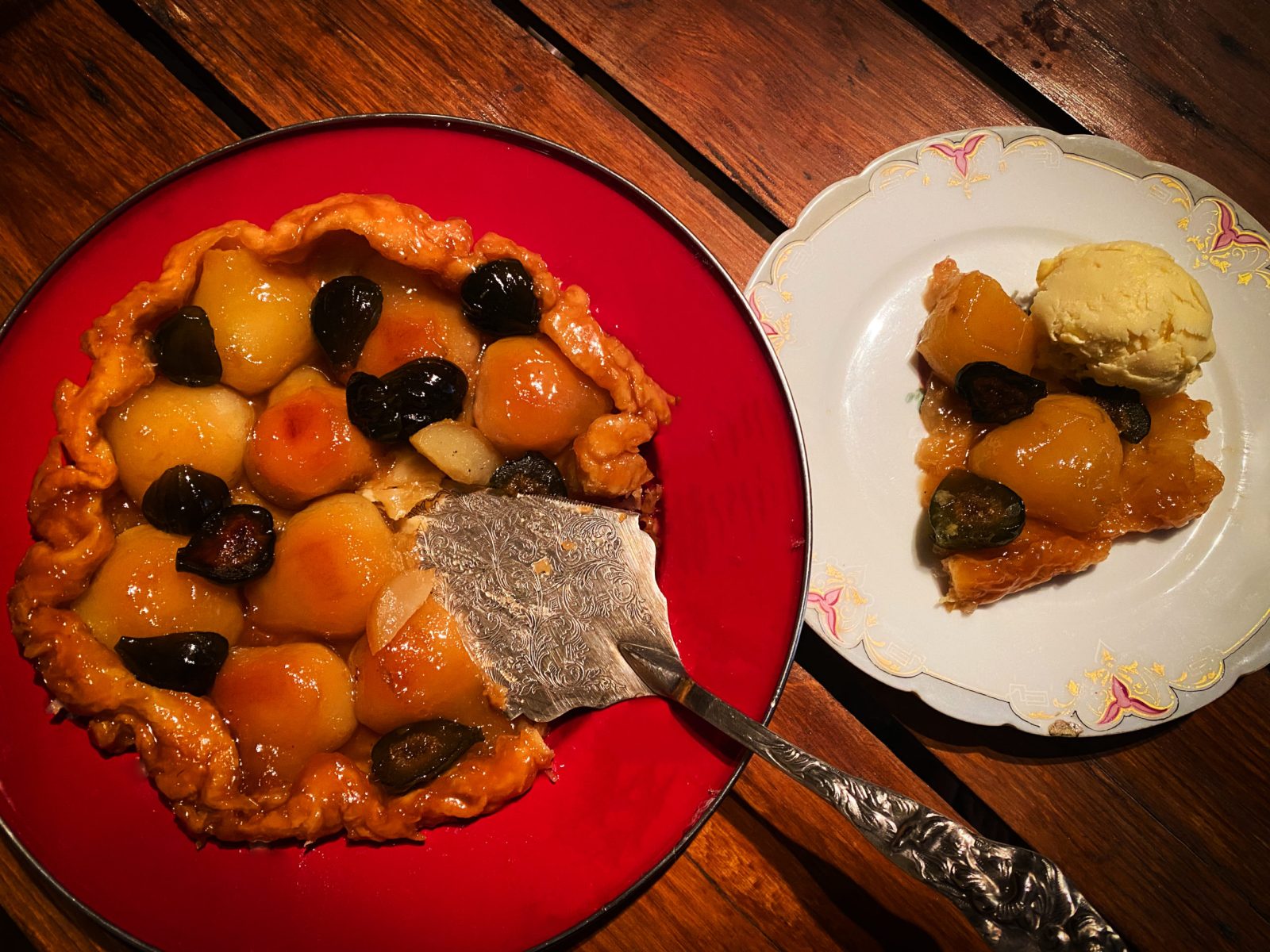 Here’s my newest tarte tatin recipe, and a homemade custard-based ice cream to match. It’s all about the green fig preserve.

4 or 5 Williams pears, peeled and cored, then halved

Melt butter in a heavy ovenproof frying pan with the sugar and fig syrup. Leave them to caramelise slowly over a gentle heat, keeping an eye on them while you prepare the pears.

Prepare the pears and rub lemon juice over them to prevent discolouration. Tilt the pan this way and that to help even out the browning of the sugar.

When it is pleasingly golden all over, place the halved pears round side down around the edge, and a few in the middle. This is because you want the round side facing up when you turn out the tarte tatin later.

Place halved green figs in between also round side down.

Let the pears cook in the syrup on a gentle simmer until they are fairly tender, about 15 to 20 minutes.

Roll out the pastry on a floured board and cut out a round just a little bigger than the width of the top of the pan. Lay it over the top, then tuck the edges underneath using the handle of a dessert spoon.

Prick the pastry here and there with a fork.

Place in a preheated 200℃ oven until the pastry is crisp and golden, about 20 to 25 minutes. Turn out onto a large plate, by holding the plate over the top of the pan and then turning it over deftly and firmly, without letting it slide off the plate once turned.

Beat yolks with ½ cup castor sugar until creamed and pale. Set aside.

Put the cream, milk, green fig syrup and salt in a pot on a low heat and simmer while stirring until the sugar is fully dissolved. It must not boil.

Pour this in a thin stream into the bowl with the creamed eggs and sugar, very slowly to begin with, stirring continuously.

Return to the pot and stir on a low heat until it thickens and can coat the back of a spoon. Do not let it boil.

Pour into a metal container and freeze. Serve with the tarte tatin. DM/TGIFood