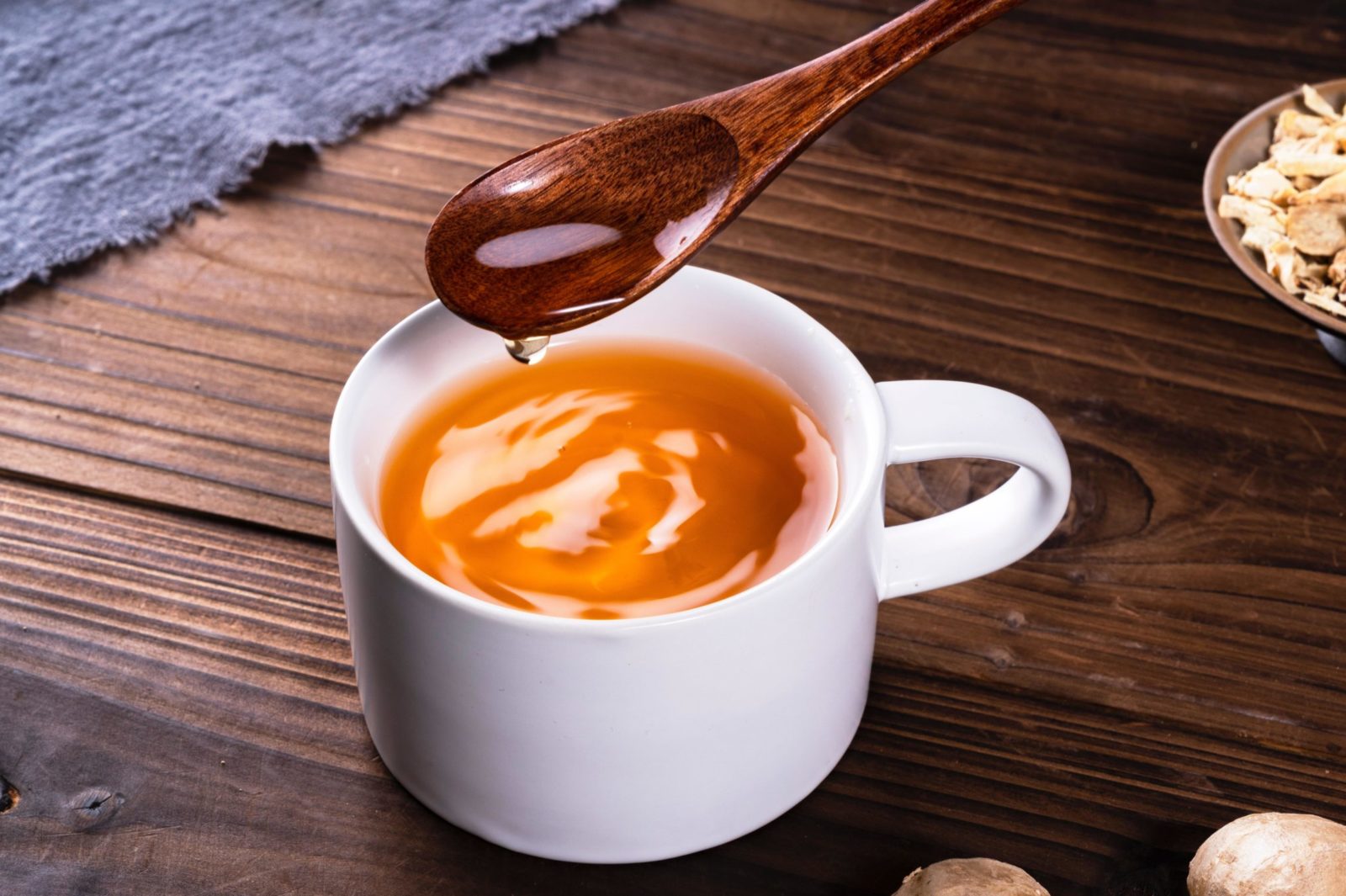 Rooibos is grown exclusively in the Cederberg mountains in South Africa and is known worldwide for being caffeine-free and filled with antioxidants. Yet, it has also fuelled many urban legends about its health benefits.

In 1968 Dr Annique Theron put the spotlight on rooibos with her claims that the tea relieved her baby’s colic, the first of many stories of its alleged health benefits. According to Theron, the tea helped her baby sleep through the night and soothed her allergic reactions. Inspired by her own personal experience, Theron went on to found the skincare brand Annique, which then developed rooibos-based health and beauty products.

Today, up to 12,000 metric tonnes of rooibos are produced annually in South Africa in an industry that employs thousands of people. South Africans themselves consume 4,500 to 5,000 tonnes of the tea, while the rest is exported to over 30 countries around the world.

That’s not all: its flavour can be tasted throughout the South African food industry. It is used in cooking and baking — in anything from ice cream to braai meat. In liquid form, it is now sipped beyond teacups and its notes are found infused in wines and other liquors — you can even find tea bags to brew in your gin.

“Rooibos is so versatile, don’t think about it as just something to drink at tea-time. In cooking, it lends itself very nicely to savoury or sweet dishes — you can replace any water in a dish with rooibos. There’s a lot of innovation happening and there are a lot of applications, it’s not just a normal tea,” says Adele du Toit, spokesperson for the SA Rooibos Council.

The discovery of rooibos is often attributed to settlers in the Cederberg region, after European botanist Carl Thunberg reported on the plant and the tea brewed from it in 1772. Over a hundred years later, Benjamin Ginsberg, a Russian immigrant to South Africa, started trading with rooibos in 1904, becoming the first exporter of the brew.

But this colonial narrative is far from painting the real picture, as indigenous South Africans had been using the tea long before settlers to the Cape arrived. It is more than just a valuable export and is inextricably woven throughout South African land and peoples, even though it was only centuries after botanist Thunberg’s “discovery” that South Africa’s indigenous people were acknowledged as the original brewers of the leaves.

In 2019, Daily Maverick’s Kevin Bloom reported how the tea delivered on the “Khoisan’s rightful claim to their heritage and to their land”, honouring the indigenous knowledge that had discovered the resource.

But rooibos is not only loved among South Africans, and its popularity has grown abroad as well, so much so that it was given geographical indication in 2014. A geographical indication is a sign given to products with a specific geographical origin and that have qualities or a unique reputation due to that origin. This gave South African rooibos tea manufacturers “full ownership of the rooibos name”, reports the Rooibos Council. It also made rooibos synonymous to South Africa in as much as Champagne is to the Champagne region in France.

“Rooibos only grows in a very small area; in about a hundred-kilometre radius around the town of Clanwilliam in the Western Cape. It’s found nowhere else in the world,” says Du Toit.

“Rooibos is endemic and unique to the Western Cape. Only rooibos produced in demarcated areas of the Cederberg may legally be named as such. This makes it special, not just in South Africa but also around the world. Rooibos belongs just to us, and this makes rooibos a major contributor to the South African bio-economy, which aims to utilise natural resources and products for economic growth,” adds Dr Hanél Sadie-Van Gijsen, who is currently studying the effects of rooibos on obesity.

“The rooibos plant is a great symbol of what it means to be South African. It is a hardy shrub, it grows in dry mountainous areas, sometimes through severe droughts, and yet it remains resilient and productive, just like South Africans themselves,” she says.

On the health benefits of rooibos

With a trend towards healthier living, “people are looking for more natural drinks,” believes Du Toit, and are attracted to herbal teas like rooibos. Just by including it as a part of a healthy lifestyle, like eating fruits and vegetables and getting enough sleep and exercise, it can have “amazing benefits”, she says.

There have even been studies into whether it can be used to aid in weight loss although Sadie-Van Gijsen explains that it depends on one’s particular health condition. Although there is little direct evidence that drinking rooibos helps you lose weight, it does help relieve the issues and metabolic abnormalities that are associated with obesity, and improve health in general, she says. Rooibos also has antioxidant properties that can alleviate oxidative stress, “which is a big problem in obesity”, and can also lower cholesterol, she adds.

Furthermore, in cases where obesity is the result of insulin resistance, Rooibos tea may improve “various aspects of glucose and insulin metabolism”, Sadie-Van Gijsen explains. It also does reduce cholesterol levels, contributes to a healthier cardiovascular system as it improves blood lipid and decreases your chances of developing cardiovascular disease and hypertension, according to an article in the Journal of Ethnopharmacology.

Rooibos is also said to relieve inflammation and oxidative stress – which plays a role in ageing and the development of chronic diseases such as cancer, diabetes and Alzheimer’s disease, and it is also low in tannins, which interfere with the absorption of certain nutrients like iron. It’s free from oxalic acid, which in high amounts can increase your risk of kidney stones and the tea is also caffeine-free, making it the perfect bedtime cuppa, as it can ease tension and tension headaches, decrease irritability and soothe insomnia, according to CANSA.

“Many people are sensitive to caffeine and get heart palpitations or can’t sleep, which makes rooibos ideal for anybody. It also lowers levels of cortisol in your body, so for people experiencing stress and anxiety it’s something lovely to turn to,” says Du Toit.

Sadie-Van Gijsen adds that when it comes to this tea, there’s no need to worry about “too much of a good thing”. “To my knowledge, there has not been wide-spread reports about negative side-effects of rooibos tea consumption, likely because the tea itself is quite dilute, and it is just not possible to consume enough tea to reach toxic levels,” she explains.

However, she does warn that herbal teas and botanical extracts that are concentrated in pill or powder form contain far higher levels of active compounds. “Off-the-shelf concentrated extracts of any plant or herbal tea can also be abused by individuals, resulting in toxic side effects. But aside from these exceptions, I would say that rooibos is safe and has no negative side-effects,” she explains. DM/ML

Dr Hanél Sadie-Van Gijsen is affiliated with the Centre for Cardio-metabolic Research in Africa (CARMA) and the Division of Medical Physiology, Department of Biomedical Sciences, Faculty of Medicine and Health Sciences at Stellenbosch University. Her research has been funded in the past by the SA Rooibos Council.