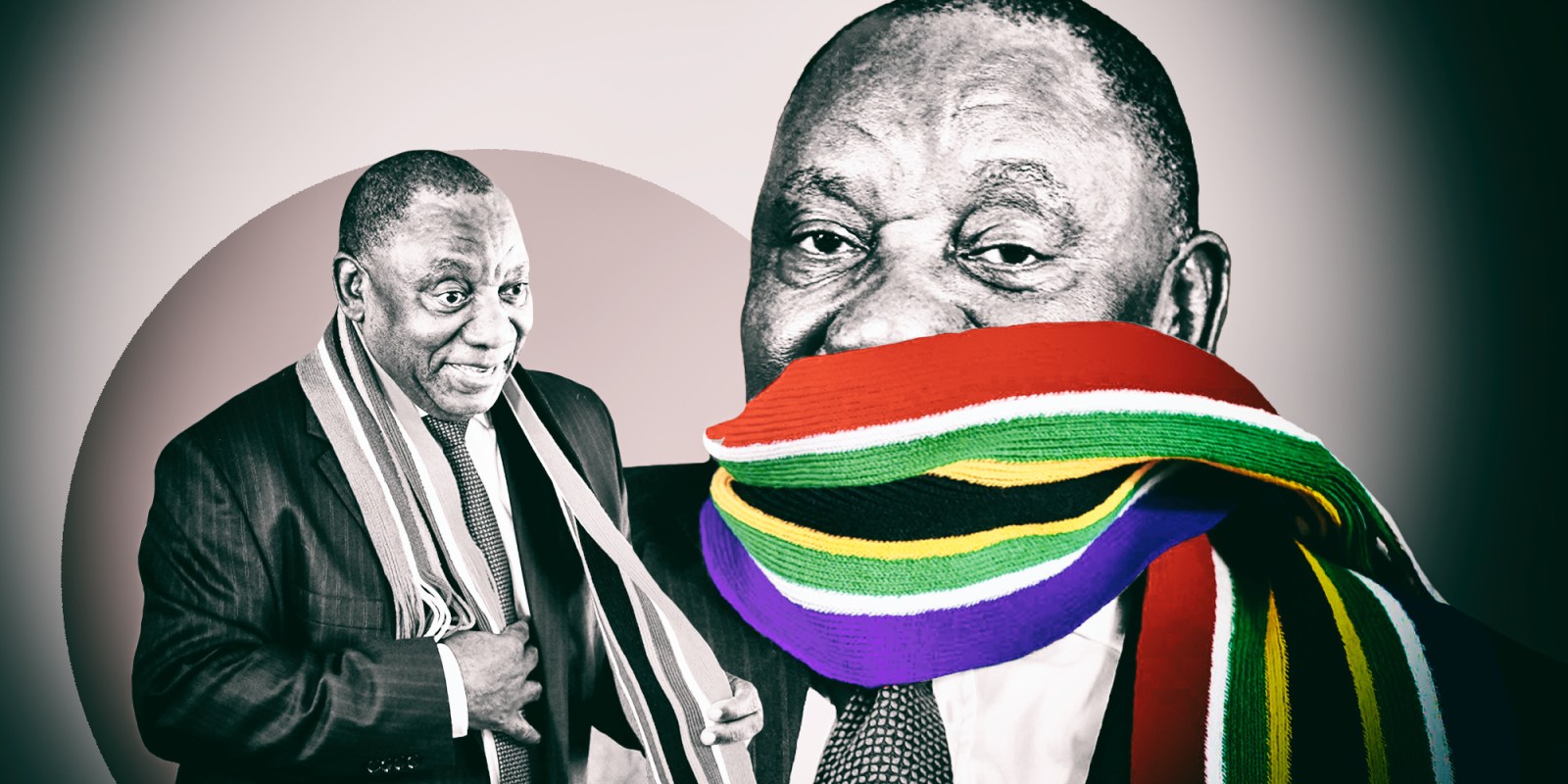 While President Cyril Ramaphosa addressed the nation from Botshabelo in the Free State, protests continued in the province over poor service delivery. The president took the opportunity to decry corruption and encourage South Africans to use their vote as a weapon of protest.

Today marks 27 years since South Africa’s first democratic elections. Official celebrations to mark the occasion were held in Botshabelo, Free State under the theme “The year of Charlotte Maxeke: The meaning of freedom under Covid-19”.

Limited to 250 people, the event was attended by members of the Botshabelo community as well as politicians, a few ministers and ANC Secretary-General Ace Magashule.

President Cyril Ramaphosa, who addressed the nation as part of the day’s proceedings, spoke out against corruption and encouraged South Africans to exercise their freedoms and vote in the upcoming local government elections.

“I call on you to demonstrate, with your vote, your intolerance for corruption, theft and mismanagement of the funds that are meant for the benefit of you, the citizen,” he said.

Celebrations were held near the new Charlotte Maxeke Rehabilitation Centre which the president officially opened on Tuesday.

According to Free State Premier Sisi Ntombela, by May this year, 100 people will be permanently employed at the centre, most of whom are women.

As early as 1913, she helped organise an anti-pass demonstration in the Orange Free State where pass laws already existed against women. It included roughly 300 women and was one of the first of its kind.

Ramaphosa highlighted the significance of the province in the struggle for liberation, mentioning that the ANC (then the South African Native National Congress) was founded in Bloemfontein in 1912.

He spoke out against gender-based violence and hate crimes against the queer community. He called on the nation to continue the fight against Covid-19 by adhering to health protocols and reminded South Africans they had the right to protest, but decried violent demonstrations

“When we resort to violent demonstrations, burning, looting and the destruction of property, we are undermining the very cause we seek to advance,” he said.

Security was beefed up for the event after unrest in several Free State municipalities. In Theunissen, Winburg and Zastron, more than 40 people were arrested last week for violent protest action, according to News24.

Protests reportedly erupted after a decision was made to move the Freedom Day celebrations from Winburg to Botshabelo. Residents had hoped to air their grievances with Ramaphosa over poor service delivery in the town. Protesters allegedly went as far as burning down the family home of Masilonyana Municipality mayor, Kunatu Koalane.

Disgruntled artists also gathered outside the event venue in Botshabelo on Tuesday to demand that they be paid cancellation fees after they had been booked to perform at the Freedom Day event, but were dropped “at the last minute”.

The artists, who wore black #NathiMustFall T-shirts, had previously been involved in a sit-in at the Performing Arts Centre of the Free State (Pacofs) in Bloemfontein as part of a national protest against the maladministration of the R300-million fund meant to provide Covid-19 relief.

No reason to celebrate

While some celebrated Freedom Day, others felt there was nothing to celebrate. Durban-based Abahlali baseMjondolo, the largest shack dwellers’ movement in the country, commemorated their 17th annual “UnFreedom Day” to spotlight the lack of freedom poor people in the country experience.

Leader of the movement S’bu Zikode was recently awarded the Per Anger Prize by the Swedish government for humanitarian work and initiatives in the name of democracy. During his acceptance speech, he said:

“The price for land, for decent housing and the right to the city is paid in blood. Brutal and unlawful evictions continue to terrorise our communities.”

He went on to criticise conditions under which the poor lack access to decent housing conditions, basic services such as water and sanitation, road access, electricity and refuse collection.

The National Union of Metalworkers of South Africa released a statement on Tuesday saying it was not celebrating Freedom Day as “the suffering of the working class continues, as it did under apartheid”.

The union lambasted the ANC government for job losses at state-owned enterprises such as South African Airways and Eskom as well as for failing to address unemployment, poverty and inequality. DM