This week in civil society: Celebrating the power of immunisation, human rights, freedom and jazz 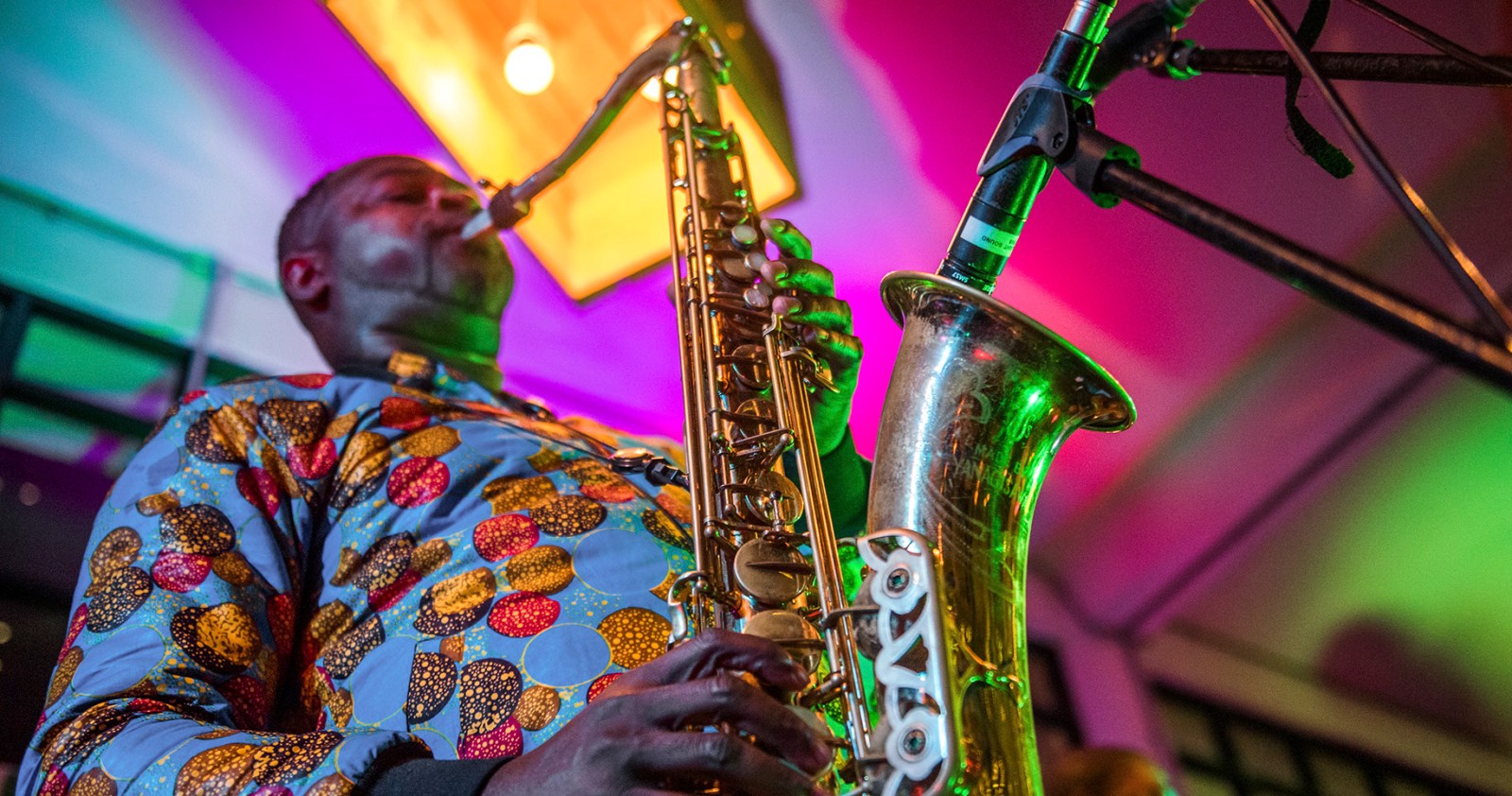 Femi Koya and his Afro Beat band at perform at the 2018 Jazz City event in Pretoria. (Photo by Gallo Images / Alet Pretorius)

This week, international civil society will focus on two forces of change: immunisation and jazz. South Africa will celebrate Freedom Day by re-articulating our hopes and dreams for our democracy. And activists from South Africa and India discuss patent laws as obstacles to accessing healthcare.

It’s World Immunisation Week, which reminds the globe that #VaccinesWork and improve everyone’s health across the planet. Immunisation prevents three million deaths a year and the uptake of new and underused vaccines is on the rise. The World Health Organization has called this week “an unprecedented opportunity” to build public trust in the value of vaccines.

For the 10th year, jazz will be celebrated as a force of peace on International Jazz Day on Saturday, 30 April. Why jazz, you ask? The United Nations says jazz is a “force for peace, unity, dialogue and enhanced cooperation among people, as well as an educational tool”. To mark the day there will be an international virtual concert as well as virtual masterclasses by leading artists.

The rest of the week…

Tuesday, 27 April marks Freedom Day and to celebrate, entry to Constitution Hill is free. However, space is limited so book tickets here.

In addition, Constitution Hill’s We the People campaign is collecting statements from South Africans about their dreams, hopes and ambitions for our country. These submissions will be projected onto the light towers and walls of the prisons where many freedom fighters were held. Share your view here or send it as a voice note on WhatsApp to 062 647 5246.

The Defend Our Democracy campaign in the Western Cape will hold a people’s assembly to hear from various organisations how they will take a stand against corruption. The event will be livestreamed and only 250 people will be able to attend and represent their organisations. RSVP for a physical seat here and attend the event virtually here. The event will take place at Groote Kerk on Adderley Street, Cape Town, from 10am to noon.

Meanwhile, the Ahmed Kathrada Foundation is providing a virtual platform for young people to discuss how corruption affects youth development and how we can build a democracy that works for all. Attend the virtual discussion here at 2pm.

Later that day, researchers and activists will unpack a new study which turns the spotlight on the international trade in pesticides. It looked at how harmful pesticides banned in Europe are still sold and used in countries such as South Africa, Brazil and Mexico. Join the online discussion here at 6.30pm. 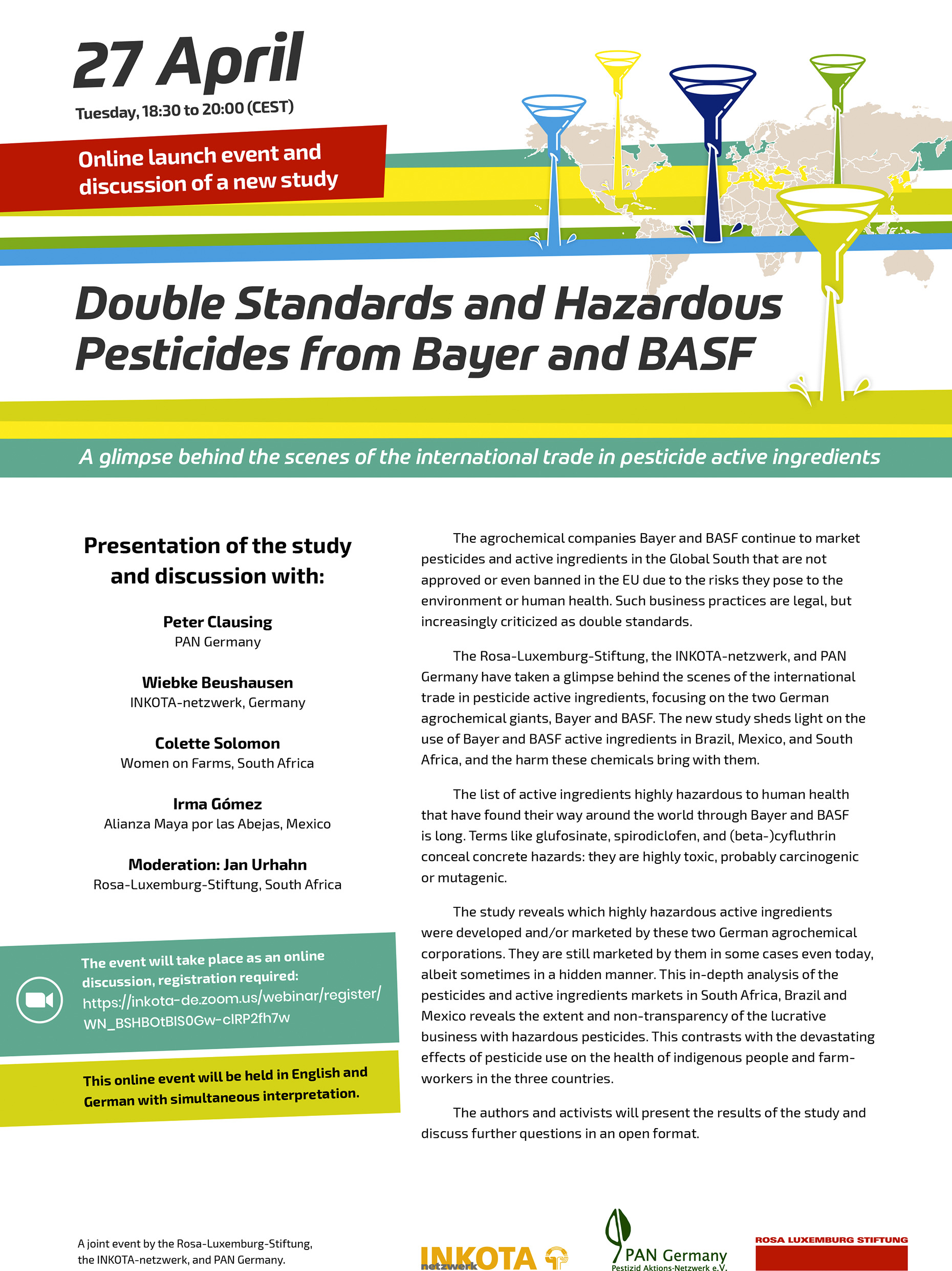 On Wednesday, 28 April, the University of Pretoria will host a symposium in memory of Professor Christof Heyns. Among many things, he was the founder of the university’s Centre for Human Rights and served as the faculty’s dean. The symposium will be a virtual event where his friends, family and colleagues will speak. Attend here at 9.30am.

Later that day, the latest book by Cameroonian philosopher, political theorist and public intellectual Achille Mbembe will be launched during an online event. To launch Out of the Dark Night: Essays on Decolonization, Mbembe will be in conversation with Indian English scholar Homi K Bhabha and Ato Quayson, a Ghanaian literary critic and professor of English at Stanford University. Join the launch here at 6pm.

The TRIPS Council will meet on 30 April and once again discuss South Africa and India’s proposal to waive patents on medicines, vaccines and other health products for Covid-19. Their proposal has the support of more than 100 countries and 175 former heads of state and Nobel Prize winners. South African activists have urged the government to fix the country’s own patent laws.

On Thursday, 29 April, the Fix the Patent Laws Coalition will host a webinar to bring together activists from South Africa and India in discussion. They will unpack the legal obstacles to accessing medicine in both countries. Join here at 11am.

Later that day, the Institute for Economic Justice will publicly present its proposal for how an universal basic income guarantee could function in South Africa. Attend the virtual discussion here at 2PM. 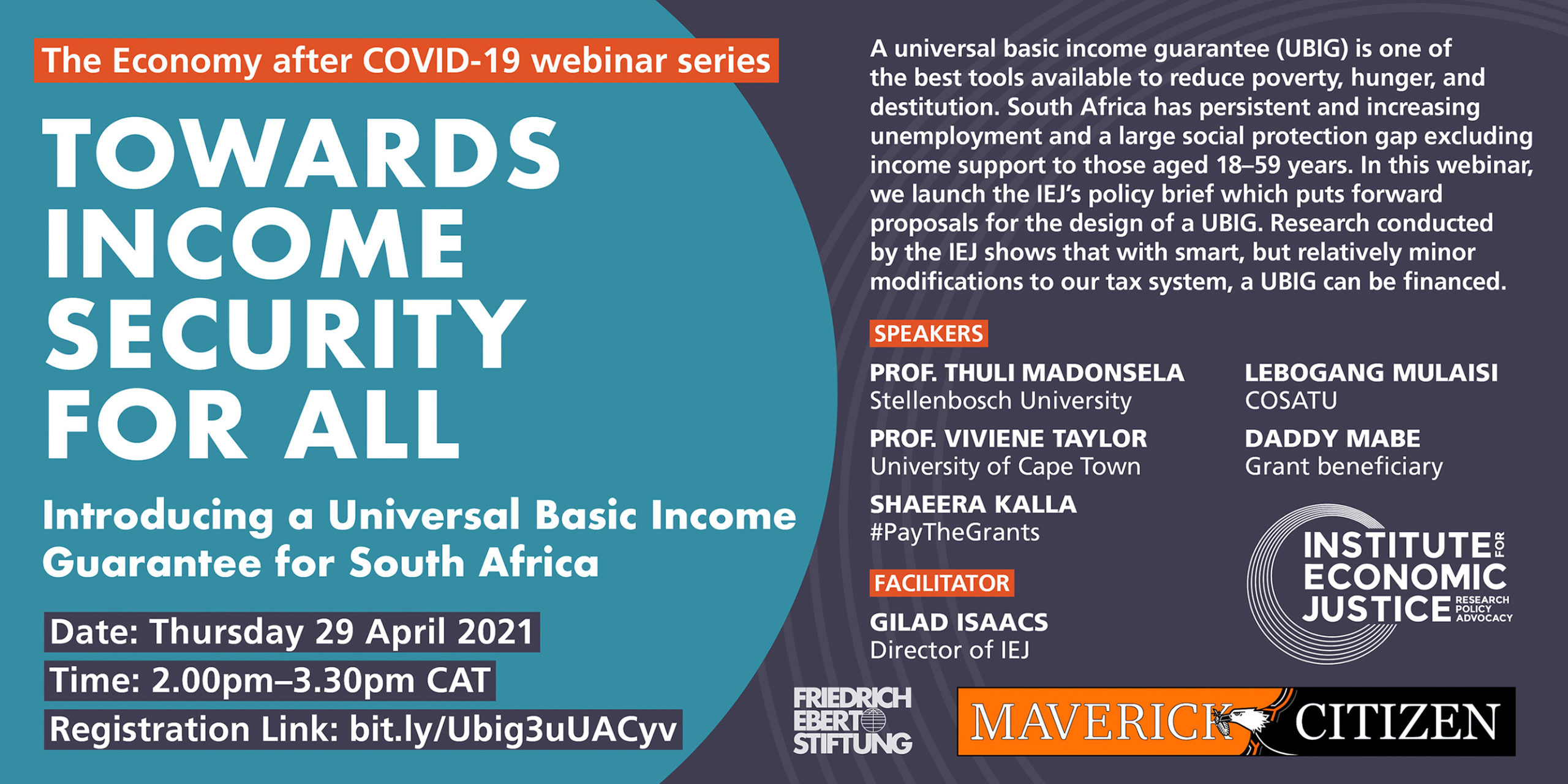 The Legal Resources Centre together with the Women’s Legal Centre, the African LGBTQI+ Migration Research Network and People Against Suffering, Oppression and Poverty, will launch their report which analyses 67 refugee status denials involving sexual orientation and gender identity. The report’s authors and LGBTQI+ asylum seekers will discuss the report’s findings. Attend the virtual launch here at 2.30pm.

That evening, the Centre for Civil Society at the University of KwaZulu-Natal will engage with activist Kumi Naidoo on how to ensure all climate work is climate justice work. Naidoo has continued to work in international civil society organisations since stepping down as secretary-general of Amnesty International in March 2020. Join the discussion here at 4opm. DM/MC