Joy and ‘disbelief’ as ‘My Octopus Teacher’ get... 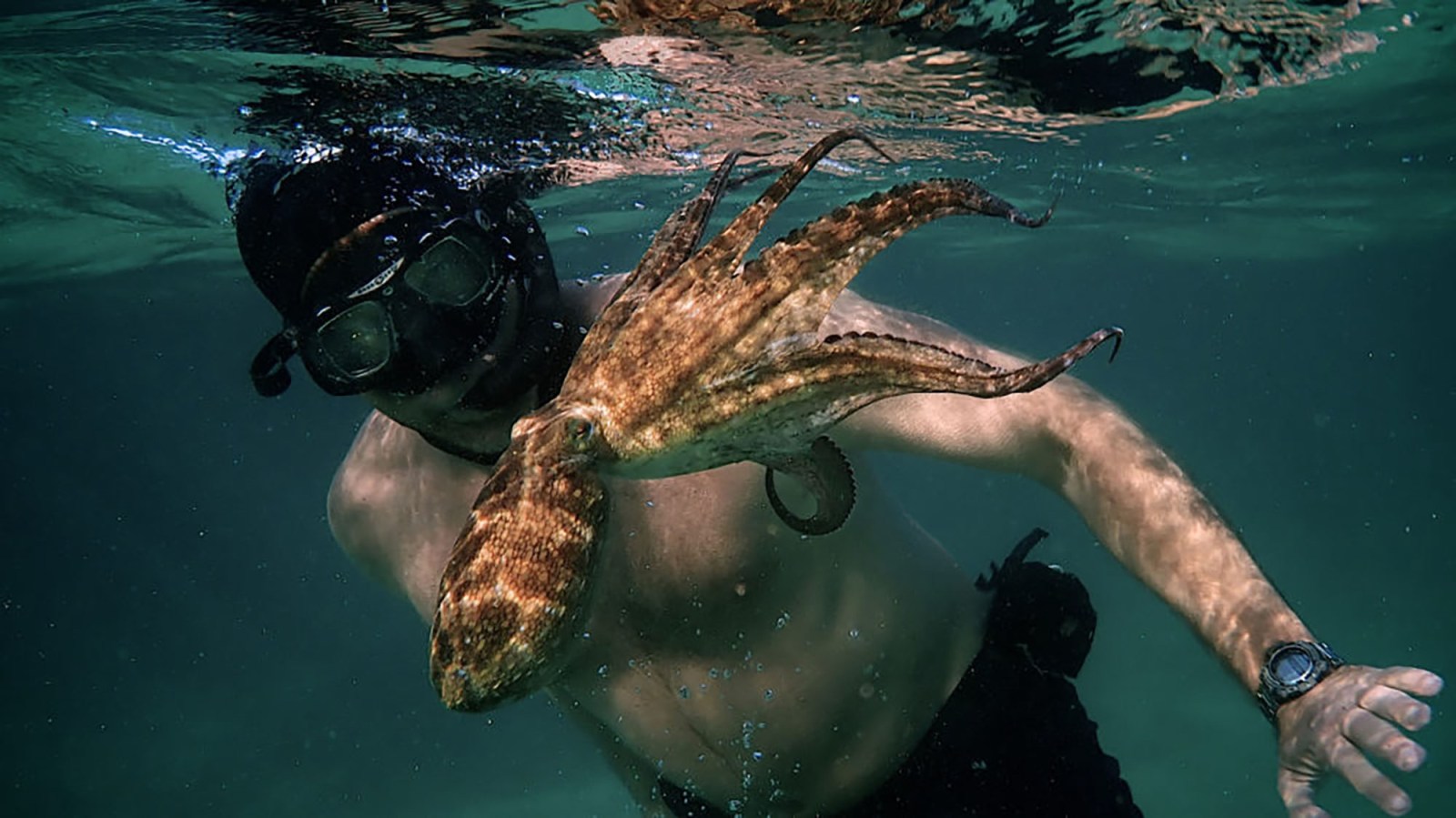 Netflix’s My Octopus Teacher, the story of a human-octopus friendship shot in the icy waters of the Atlantic Ocean off the coast of False Bay, has won the Oscar for Best Documentary Feature at the 93rd Academy Awards, which took place on Sunday.

The film has already won an array of international awards, including best documentary at the British Academy Film Awards (BAFTA) and the Producers Guild of America Award for outstanding producer of documentary motion pictures.

In another historic win, the film is the first South African documentary to win an Oscar in the Best Documentary Feature category.

Directors Pippa Ehrlich and James Reed attended the event at Union Station and the Dolby Theatre in Los Angeles, California.

“Thank you to the Academy and thank you to all of [the] incredible nominees who spent so many years, and I presume a lot of tears, making beautiful and important films”, said Ehrlich as she accepted the award on stage.

Ehrlich said: “I know there are many South Africans who are awake in the middle of the night to watch this ceremony, and in many ways this really is a tiny personal story that played out in a seaforest at the very tip of Africa, but on a more universal level I hope that it provided a glimpse of a different kind of relationship between human beings and the natural world.”

Read in Daily Maverick: Tentacles of love: My octopus teacher, a story of an astonishing friendship

The entire team at the Sea Change Project who worked on My Octopus Teacher is “incredibly thrilled”, “overwhelmed” and “honoured”, associate producer and production manager Swati Thiyagarajan told Daily Maverick on Monday.

“I think we’re all kind of grappling with a lot of disbelief,” she said.

In the days leading up to the Oscars there were a lot of predictions that My Octopus Teacher was going to win best documentary, said Thiyagarajan.

“Those predictions were something that we were all aware of… but our fellow nominees are superb, brilliant films, so any one of them deserved to win.

“Just because the predictions gave us an edge, didn’t mean that we thought we were going to win.”

Just for the film to be picked up by Netflix in 2020 and to receive the “overwhelming global response” it did, was “amazing”, added Thiyagarajan.

On Friday, 23 April, President Cyril Ramaphosa sent a letter of congratulations on the film’s Oscar nomination to the filmmakers, ahead of Sunday’s ceremony.

Ramaphosa said: “The documentary is storytelling at its best, with a deeply resonant conservation message. The team should be justifiably proud, as are we, that My Octopus Teacher has been nominated in the Best Documentary category for this year’s Academy Awards – a first ever for a South African documentary.”

Following the film’s win Ramaphosa sent through another message of congratulations to the filmmakers, on Monday, according to Thiyagarajan.

“To get the president of your country congratulating you is actually bigger than an Oscar, to be honest,” she said.

However, for a proudly South African film – where “all the technical work, music, audio and [the film’s] post-production” was completed in South Africa – to compete and win at the Oscars was “extraordinary”.

DA sports, arts and culture spokesperson Tsepo Mhlongo also extended his congratulations to the creators of My Octopus Teacher on Monday:

“This was a great achievement for the creators and the South African film industry, as we have once again highlighted our talents and capabilities in this field. We congratulate the creators on making the nation proud with this wonderful achievement.”

Congratulations once again to the production team of #MyOctopusTeacher for winning ‘Best Documentary Feature’ at the #Oscars – the documentary has opened a window into the natural beauty and diversity of South Africa’s oceans and marine ecosystems. pic.twitter.com/FMjqqhMiwc

Thiyagarajan said her husband, Craig Foster – the filmmaker and narrator in the film’s undersea human-animal friendship – was feeling “incredibly honoured” by the global response to the film.

“His main drive in doing [the film] was – with the Sea Change Project – to get the great African seaforest on the global stage, which this film has done,” she said.

Daily Maverick reached out to Foster for comment, but was informed that he was on assignment and mostly out of signal range. DM