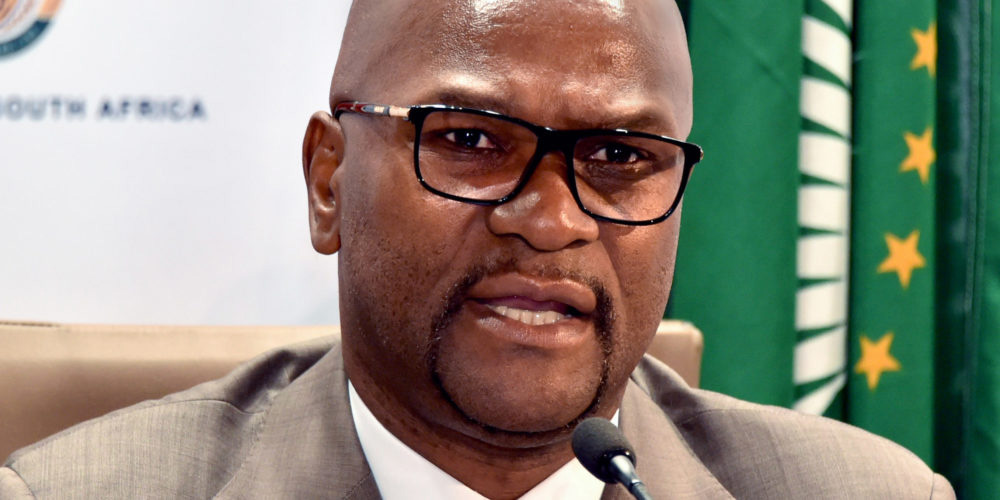 In a dramatic 48 hours following Sports Minister Nathi Mthethwa’s decision to strip Cricket South Africa of its status as the sport’s governing body, it seems that sense has prevailed.

It was a frantic weekend of meetings between stunned members of cricket’s leadership, but it appears that the few remaining dissenters on the Cricket South Africa (CSA) Members’ Council (MC) have backed down.

In a dramatic move on Friday, 23 April, Sports Minister Nathi Mthethwa invoked section 13 of the National Sport and Recreation Act. As a consequence, when the action is gazetted, CSA is no longer recognised as the sport’s mother body. It meant all SA’s national cricket teams would have no global standing.

At a special general meeting (SGM) on 17 April, in a secret ballot, five provincial presidents voted against structural changes, three abstained and six voted for the changes. The MC failed to reach a 75% majority despite earlier correspondence that the SGM was a formality to ratify the changes.

This plunged the game deeper into crisis. Last November, when the MC ratified the appointment of an interim board, which had a clear mandate to amend governance structures, it knew what needed to happen.

However, after a tense weekend the remaining dissenters resisting changes in governance that are aimed at strengthening CSA as a business, ran out of options.

At about 9pm on Sunday night, five of the 14 provincial presidents on the MC, who had resisted governance changes for months, grudgingly agreed to accept amendments to the Memorandum of Incorporation (MOI).

A joint statement from the MC and the interim board read: “The Members’ Council and the board are very pleased to announce that a crisis has been averted and agreement has been reached on all those outstanding issues.

“This agreement will now trigger an expedited process to adopt the MOI in terms of the Companies Act (s60) within 48 hours.

Another SGM will not be required to reach the needed 75% majority to implement the changes. Despite previous reneged-on agreements to accept the amended MOI, it seems there is no more room for manoeuvre.

But make no mistake, those dissenting provincial presidents made this move under duress, after weeks of obfuscation and hiding behind “process” rather than giving reasons for their fear of good corporate governance practices being implemented.

The fact that the dissenters do not want to be named has weakened any legitimate claims they may have had against this move. Had they declared themselves and outlined their concerns in a logical way, they might have won more sympathy.

The 450-page Fundudzi report, an independent forensic report into the state of CSA, uncovered a multitude of governance failures by both the previous board and the MC. It was obvious that CSA could not rectify its own structures, which is why Mthethwa stepped in last October.

Fundudzi provided a roadmap for the interim board to follow. The interim board also had a nine-point mandate with a clear instruction to implement the 2012 Nicholson recommendations, which put an independent board and chairperson at the heart of those structural changes.

“Today is a historic day for cricket in South Africa and we look forward to being part of a new governance structure for cricket and playing our part in ensuring sound administration of the game we hold so dear.

“I am grateful to my Members’ Council colleagues and the interim board for ensuring that we avert a proposed ministerial intervention which would have caused cricket in our country irreparable harm.”

Of course, it ignores the fact that the sport the MC claims to “hold so dear” came to the brink of collapse because of certain individuals who resisted a clear mandate.

Speaking on behalf of the interim board, chair Stavros Nicolaou said: “Today we reached an important milestone, and I am delighted that the Members’ Council and the Board reached agreement on a new governance structure.

“We have now successfully managed to fulfil the mandate given to us by Minister of Sport, Arts and Culture, Mr Nathi Mthethwa. We trust that this important agreement will give confidence to all cricket’s stakeholders specifically, players, staff, sponsors and all in the country who love the game of cricket. We owed it to our country to find a solution to cricket’s governance challenges.”

Although it really does appear now that an amended MOI will be drafted and CSA will have a majority independent board with an independent chairman – the two most important items of the interim board’s mandate – trouble is brewing elsewhere.

Mthethwa and Sascoc are set to face off in a separate battle over who carries the ultimate power in South African sport, as this CSA impasse is a precedent-setting issue.

Sascoc sent out a five-page statement on Saturday claiming that Mthethwa had “overreached” when he invoked section 13 of the Sport and Recreation Act.

“Our considered view is that section 13 of the act needs to be read and applied in its entirety rather than selectively‚ had the minister done that‚ he would have realised this instrument was not only inapplicable in this case‚ but also‚ that he has overreached,” Sascoc’s statement read.

“Firstly, consideration must be given to the fact that the CSA members MC has‚ on two legitimate SGMs and through a democratic process concluded not to adopt the new MOI.

“The SGM is the correctly designated structure within the CSA statutes to make such a decision – the MC made the decision that they saw fit – as they are permitted to do.

“After the first such SGM, the minister threatened the members council with ‘daring him to invoke section 13 (5)’ and sent them back to find what he termed ‘common ground’.

“It’s clear that from the onset‚ it was either his way or the highway.

“We want to place it on record, two or even three wrongs don’t make a right, the fact that there are wrongs in CSA doesn’t mean we must flaunt [sic] governance process and the law to achieve our own ends.

“You cannot forgo existing governance processes to impose Nicholson’s finding, however well intended they may be, because in so doing you fall foul of the exact same thing you are trying to rectify.”

The Sascoc statement fails to address CSA’s catastrophic governance failures over the past two years, or how by continuing on the same path it would be able to self-rectify.

Sascoc also withdrew from the process of mediating with the warring factions in CSA on 8 February, undermining its claims now.

Now though, CSA is moving to a new MOI with a change in structure. Sascoc’s fight is now directly with the Sports Ministry. Cricket at least can breathe because international isolation and the attendant fallout have been averted. DM