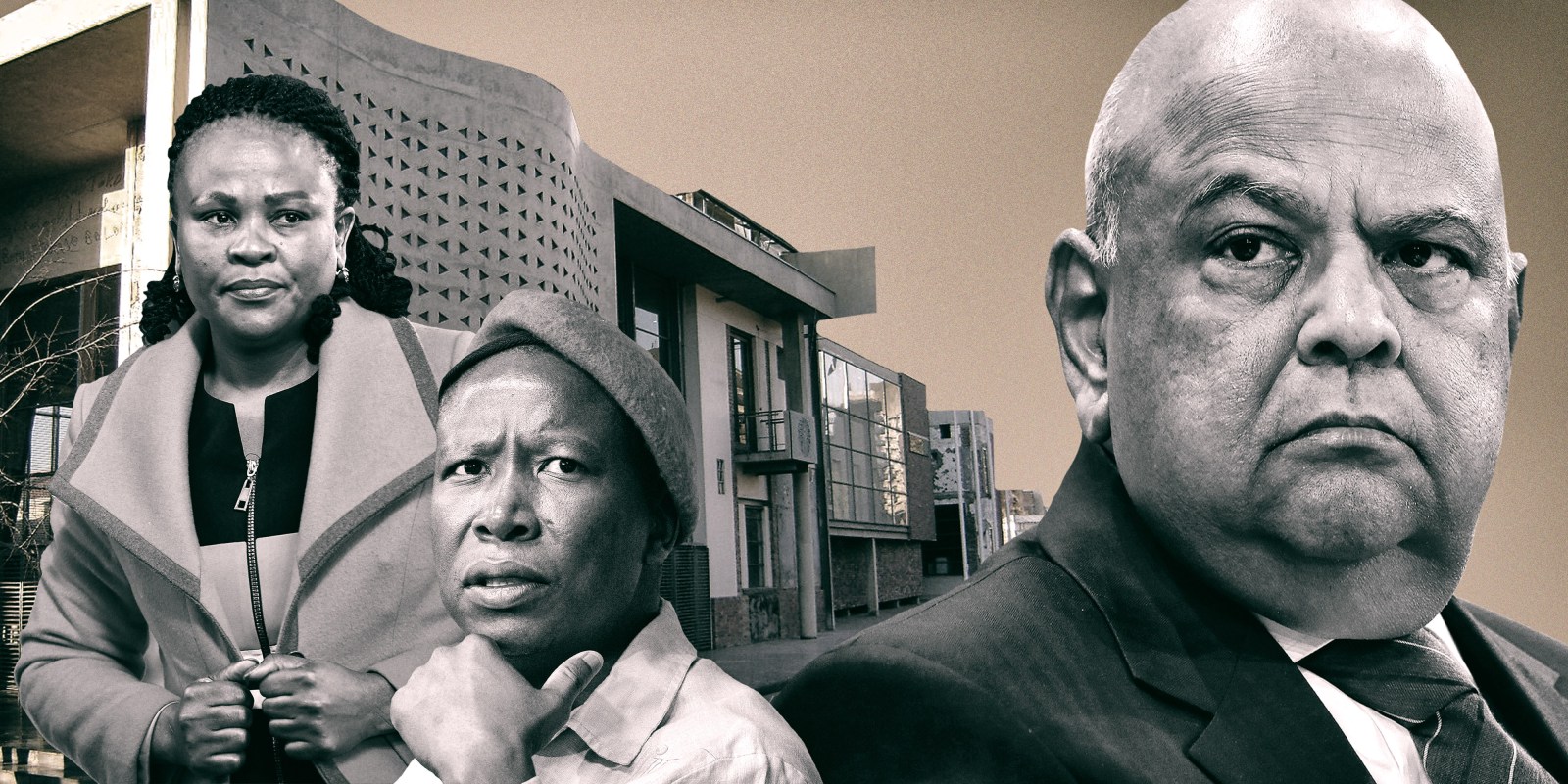 The public protector and EFF have applied to appeal a court judgment that dismissed Mkhwebane’s finding that Pravin Gordhan established an unlawful intelligence-gathering unit at SARS.

Public Protector Busisiwe Mkhwebane has argued that a full bench of the North Gauteng High Court erred when it overturned her report on the so-called SARS “rogue unit” and lumped her with a personal costs order for her “egregious” conduct.

Mkhwebane and the EFF’s application for leave to appeal the December 2020 judgment was heard in a virtual sitting of the court on Friday, 23 April 2021.

That judgment dismissed the findings in Mkhwebane’s July 2019 report, which found that Public Enterprises Minister Pravin Gordhan had established an illegal intelligence-gathering unit while he was SARS commissioner in 2007. Mkhwebane also found Gordhan had misled Parliament on the issue.

The court said the public protector’s finding on Gordhan’s comments to Parliament were “simply wrong” and said her finding on the intelligence unit “is based on discredited reports and unsubstantiated facts”.

On Friday, Mkhwebane and the EFF questioned a number of the court’s findings and said the Supreme Court of Appeal should hear their appeal.

“That is a fact which should make a court such as this one circumspect and prepared to scrutinise whether this is not one of the cases that Justice [Mbuyiseli] Madlanga was talking about,” Mpofu told the High Court.

The December 2020 judgment chastised Mkhwebane for making a “shockingly inappropriate and unwarranted” attack on Judge Sulet Potterill, who heard a previous case on related issues. Mpofu said the court hadn’t held Gordhan to the same level of scrutiny regarding his remarks about Mkhwebane’s conduct.

“It can’t be that certain public officials have an extra duty not to attack others but others can get away with it,” he said.

In her court papers in the appeal application, Mkhwebane withdrew her controversial remarks about Poterill’s interpretation of the Executive Ethics Code “with the necessary unconditional public apology”.

Mkhwebane and the EFF also disputed the court’s finding that the establishment of the SARS intelligence-gathering unit was not prohibited in law. Representing the EFF, Tembeka Ngcukaitobi SC said the SARS unit “had powers akin to those of intelligence gathering”.

“What we are clearly dealing with is a unit that had vast intrusive powers with the potential to violate privacy rights that are within the Constitution,” he said.

Ngcukaitobi claimed that the court’s interpretation of the law, which doesn’t prohibit SARS from conducting discreet investigations, should be subject to scrutiny in a higher court.

Judge Selby Baqwa responded by saying the National Strategic Intelligence Act puts limits on violations to privacy. “If you are saying that paragraph [in the judgment] opens the floodgates, that is not correct,” said Baqwa.

Ngcukaitobi maintained that the interpretation of the law should be tested on appeal.

Wim Trengrove SC for Gordhan said there was no evidence that the SARS unit was established to conduct unlawful surveillance. The public protector and EFF referred to SARS’s initial plans to work with the National Intelligence Agency (NIA) because it didn’t have the resources or lawful mandate to carry out the planned investigations.

Mkhwebane based her findings on the Sikhakhane, KPMG and Inspector General of Intelligence reports, which have all been discredited. Mpofu and Ngcukaitobi defended Mkhwebane’s reliance on the reports and said the court should have allowed her to consider them or parts of them.

For example, Ngcukaitobi said that KPMG’s global office recanted only part of its report’s findings, that Gordhan knew of, or ought to have known, about the supposedly unlawful SARS unit. He argued, to Baqwa’s apparent surprise, that the court could not dismiss the rest of the report on the establishment of the unit.

Trengrove maintained that Mkhwebane’s report was “fatally” flawed and there was no reasonable prospect of another court making another finding, calling for the High Court to dismiss the appeal application. DM