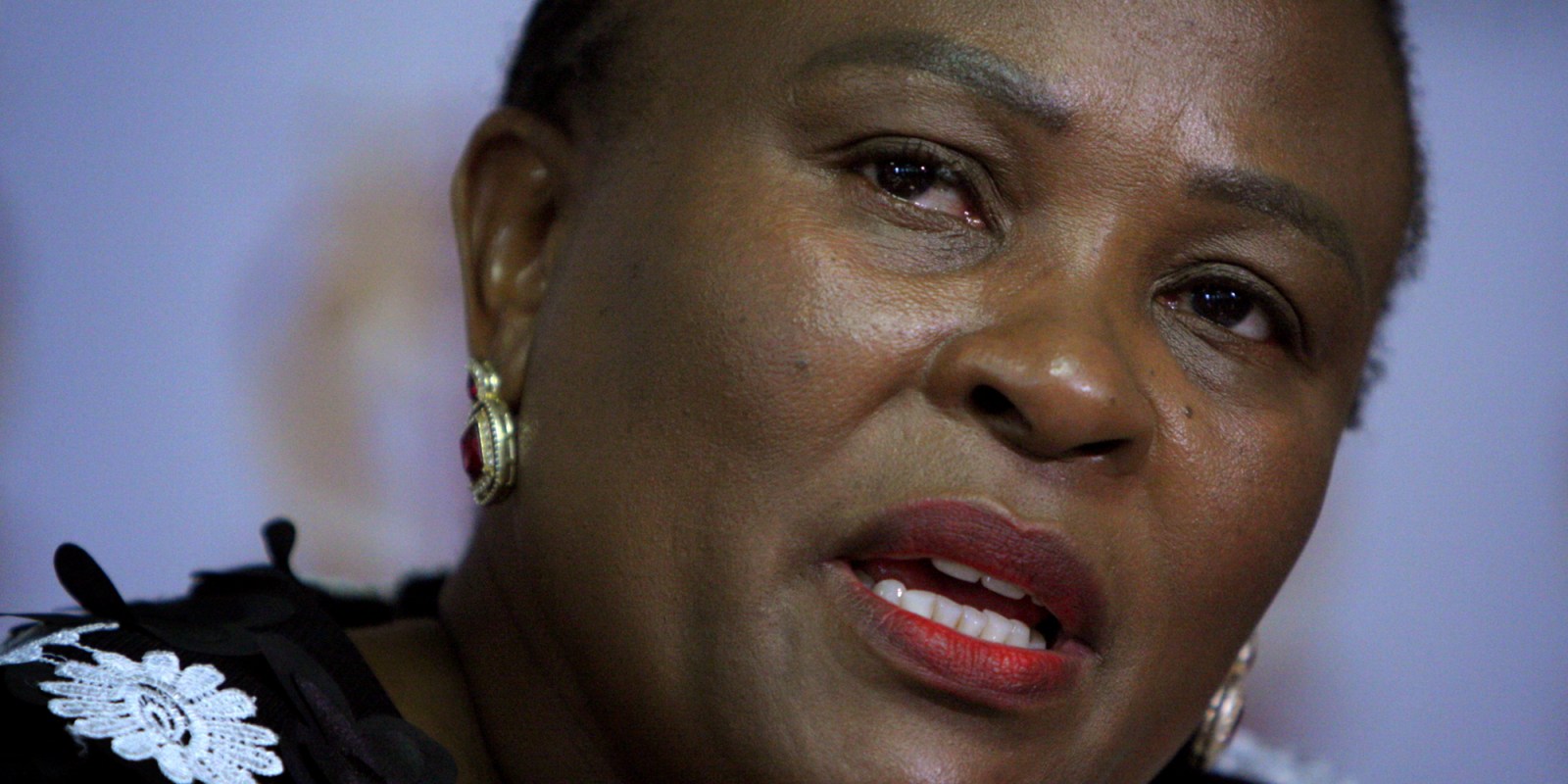 The Constitutional Court has considered four personal cost orders against Public Protector Busisiwe Mkhwebane and upheld only one. On Tuesday, the court warned that awarding such orders without merit would weaken Mkhwebane’s office and damage democracy. In the ruling, the court also dismissed her appeal to subpoena tax records.

The Constitutional Court has warned the country’s high courts to be wary of issuing personal cost orders against Public Protector Busisiwe Mkhwebane without merit, as it set aside another such order on Tuesday.

The court overturned a North Gauteng High Court order that said she must personally pay 15% of SARS commissioner Edward Kieswetter’s legal fees in her failed attempt to convince the court that she had the power to subpoena confidential tax records.

The Constitutional Court dismissed her appeal on the subpoena matter, saying Mkhwebane had not shown that the matter was urgent and did not prove she had a right to access tax records.

Mkhwebane argued that the Constitution entitled her to access tax records, but the court found she had not challenged the constitutionality of Section 69(1) of the Tax Administration Act, which prohibits SARS from disclosing confidential taxpayer information except in certain exceptional circumstances.

“That being the case, she cannot simply wish away the section and its prohibition,” said Justice Mbuyiseli Madlanga reading the unanimous judgment.

The justice, however, was critical of the high court’s decision to issue a personal costs order against Mkhwebane.

Lumping her with personally paying 15% of Kieswetter’s legal costs, in his March 2020 judgment Judge Peter Mabuse described the Public Protector’s conduct as dishonest, inexcusable and reckless.

Madlanga picked apart that decision, saying “there was simply no basis for the high court’s award of costs”.

He said Mkhwebane’s belief that she could subpoena tax records was misguided but genuinely held.

The high court said she acted in bad faith when claiming her office could not afford to contribute to a legal opinion commissioned by SARS but commissioned and paid for another opinion when she first found she could not subpoena taxpayers’ information. That opinion agreed she could subpoena SARS records.

She explained that the commissioning of the two opinions fell in different financial years and her office could thus afford the second but not the first.

“The high court’s conclusion of bad faith in this regard is thus a leap in logic and yet another misdirection,” said Madlanga.

Mkhwebane has lost a string of high-profile legal battles and, regarding the two legal opinions, the high court found she had a “proclivity” to operate outside the law and ignore advice.

Madlanga said on Tuesday: “How that becomes a proclivity escapes me. Also mind boggling is the holding by the high court that the Public Protector acted outside the law in seeking a second opinion when she was perfectly entitled to seek it.”

The Constitutional Court also dismissed the high court’s claim that Mkhwebane is expected to act “with a high degree of perfection”.

Madlanga said: “That would make public service financially hazardous in the extreme. The high court thus held the Public Protector to an unduly high and legally non-existent standard.”

He said there was a trend of seeking personal cost orders in cases against Mkhwebane.

He referenced a “most worrying” case the Constitutional Court, decided on in May 2020, between the Public Protector, the EFF and Public Enterprises Minister Pravin Gordhan where the court overturned a personal costs order.

The Gauteng High Court issued another scathing judgment against Mkhwebane last week regarding her investigation into Gordhan and the SARS “rogue unit”, ordering her to personally pay 15% of Gordhan’s legal costs.

Madlanga said the Constitutional Court had considered four personal cost orders awarded against Mkhwebane and upheld only one.

“As I have just demonstrated in the present matter, the high court reached conclusions in which it used epithets and particular nouns, which, on the face of it, gave a distinct impression that the Public Protector was a sure candidate for a personal costs order, but as it turned out there was not a scintilla of evidence to support those conclusions. Thus they could not stand up to scrutiny.”

He said the Constitutional Court was not warning lower courts to apply personal cost orders sparingly but to apply the law properly and issue such orders when there is evidence of an official who has displayed egregious conduct or a gross disregard for their professional duties.

The judgment warned courts to be wary and “not to fall into the trap” of assuming Mkhwebane is “fair game” for automatic personal cost orders.

“Unwarranted cost orders against the Public Protector in her personal capacity in work-related litigation may have a chilling and deleterious effect on the exercise of her powers,” said Madlanga.

“Needless to say, as the judiciary we must not be guilty of contributing to the weakening of that office. You weaken it, you weaken our constitutional democracy. Its potency, its attractiveness to those it must serve, its effectiveness to deliver on the constitutional mandate, must be preserved for posterity,” reads the judgment. DM