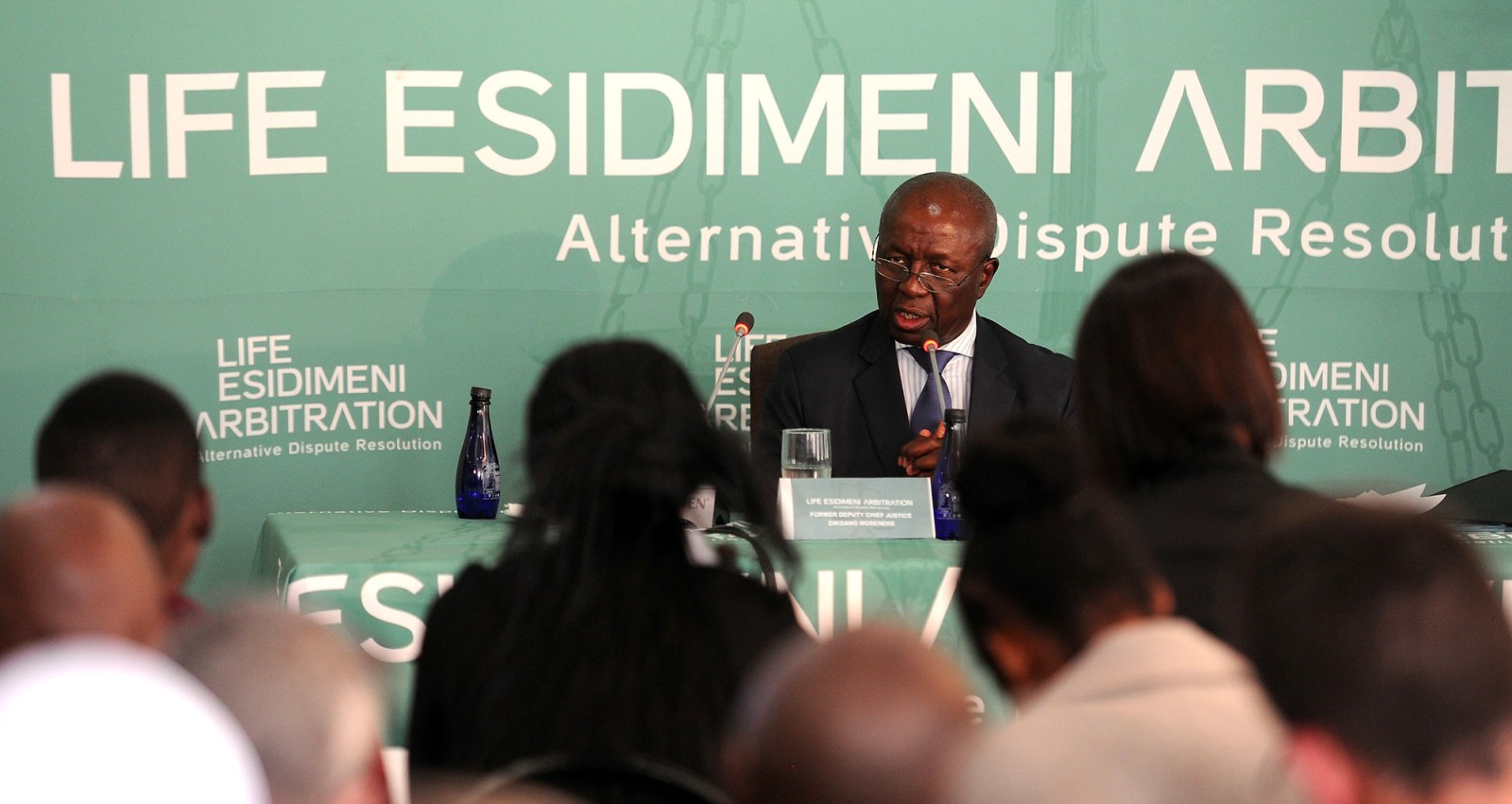 In July 2021, the North Gauteng high court will finally begin its formal inquest into the deaths of 144 mental healthcare users who were moved out of Life Esidimeni in 2015 and 2016. Patients’ relatives hope the inquest will finally lead to criminal charges against those allegedly responsible.

The inquest into the deaths of 144 mental healthcare users who were moved out of Life Esidimeni by the Gauteng government in 2015 and 2016 will begin in the North Gauteng high court on 19 July 2021, the NPA announced on Monday.

Relatives of the patients hope the inquest, which will determine causes of death, will finally lead to criminal prosecutions.

No one has been criminally charged for the deaths despite former deputy chief justice Dikgang Moseneke’s arbitration award finding that the Gauteng health department’s decision to move the patients stemmed “from the arrogant and irrational use of public power”.

Witnesses at the arbitration testified that patients were sent to under-resourced and ill-equipped NGOs that lacked the ability to provide basic care or, in some cases, even feed the mental healthcare users.

Sasha Stevenson, head of the health rights programme at Section27, which represents many of the relatives of the deceased, said, “We welcome the scheduling of the inquest into the Life Esidimeni deaths, which will start on 19 July 2021.

“Judge Teffo, who has been appointed to preside over the inquest, will determine the cause of death of each of the people who died following their move out of Life Esidimeni and whether any criminal charges should be brought against the people involved. For the families of the deceased, this is an important element of accountability for the deaths of their loved ones.”

Mahanjana, speaking to Daily Maverick weeks before the announcement of the inquest date, explained why there had been no prosecutions despite damning evidence presented at Moseneke’s arbitration.

“Criminal prosecutions use different sets of rules regarding procedure, rules of evidence and burden of proof than what transpired in the arbitration. As the state as an entity accepted responsibility in the arbitration, causation between the actions of the different role players and the deaths of the deceased were not specifically explored as it was not necessary,” she said.

“We simply do not have sufficient evidence to connect the causation of specific deaths to the actions of a specific person or persons.”

Explaining what the NPA had been doing since Moseneke handed down his award in March 2018, Mahanjana said, “The time spent by SAPS and us included extensive consultations with a huge amount of witnesses, obtaining medical opinions and exhibits with the targeted view to obtain sufficient evidence to prove causation on the part of anybody.”

In February 2020, Justice Minister Ronald Lamola granted the NPA’s request for a joint inquest into the Life Esidimeni deaths. Mahanjana said launching such an inquest takes time as the judge must consider all available evidence, which was extensive.

The DA’s Jack Bloom welcomed the announcement of the inquest date.

“It is important that there are no more delays as it is nearly five years since the mental patients were transferred to unsuitable and illegally registered NGOs where the deaths occurred. I hope that criminal charges will follow the outcome of this joint inquest so that all those implicated in the deaths are brought to justice,” Bloom said in a statement.

“It should also not be forgotten that many of the surviving patients suffered abuse, and charges should be laid in this connection as well,” he added.

Life Esidimeni family committee member Christine Nxumalo, whose sister Virginia Machpelah died after she was moved to the Precious Angels NGO, told the SABC she welcomed the inquest announcement.

“We are very happy about the inquest into the deaths of our loved ones. We are just sad that it hadn’t happened earlier but we are happy that it has happened now. We are hoping to get some results,” said Nxumalo.

Around 1,700 patients were moved after the provincial government terminated its long-standing contract with Life Esidimeni.

Compensation payments to relatives of surviving patients have been in dispute recently. The provincial government initially paid relatives of survivors in full but then decided to pay new claimants half of the R1-million while allocating the other half to the Master of the Court to be used in the patients’ best interests.

While families hope the inquest will lead to prosecutions against the government officials and NGO leaders involved, they’ve also questioned why healthcare industry bodies have failed to pursue complaints against their members.

Multiple officials from the provincial department of health were reported to their industry bodies, which have dragged their feet in taking action.

According to Health24, the Health Professionals Council of South Africa (HPCSA) once again postponed the inquiry into former Gauteng health department head Dr Tiego “Barney” Selebano’s role in the decision to move the Life Esidimeni patients.

The hearing, which was first postponed in 2019, was scheduled to take place last week.

In March 2021, Gauteng Health MEC Nomathemba Mokgethi said eight patients who were moved out of Life Esidimeni are still unaccounted for. She said the health department was working with SAPS, Home Affairs and Sassa to trace the patients but their listed identity and contact details were missing or incorrect. DM