Five years on, the pain of Life Esidimeni continues 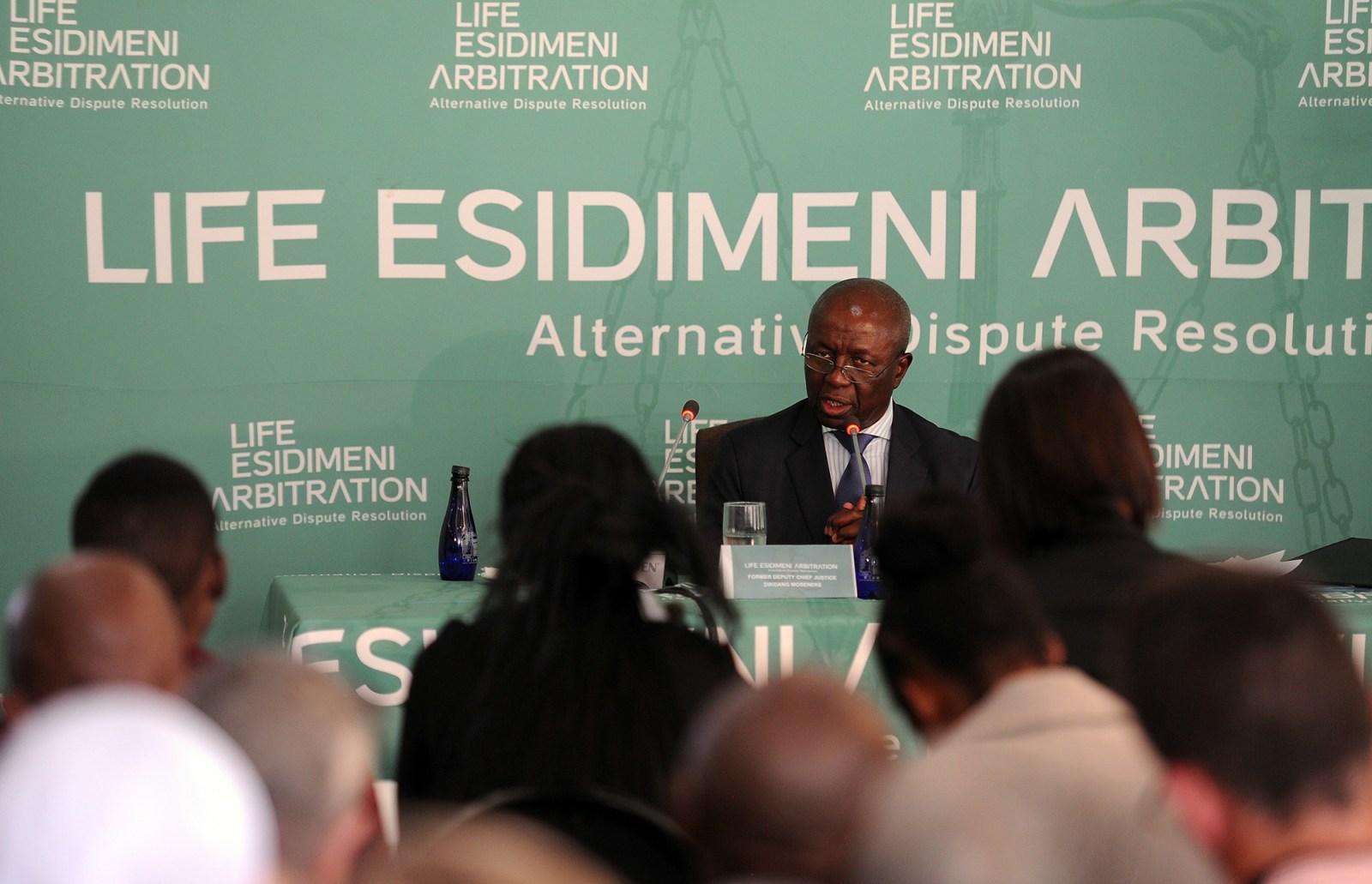 Five years ago, 144 people died after they were moved from a mental health care facility to NGOs and community care. For family members, the suffering is not over.

Prior to Christine Nxumalo’s recent interview on SAfm, a caller accused her and other relatives of Life Esidimeni patients of abandoning their loved ones and cashing in on their deaths. “That made me so angry and you see that’s the narrative now… It kind of takes away the importance of how horrible this thing really was,” she told DM168.

Five years after the Gauteng Health Department started moving patients out of Life Esidimeni en masse, leading to 144 deaths, many families have been compensated but accountability and reform remain elusive.

Christine’s sister Virginia Machpelah was a Michael Jackson fanatic. Growing up in the Kimberley heat, she and her siblings would listen to his records. She knew every lyric. Their brother had the glove. “She was wacky, she was crazy, she was fun,” said Nxumalo.

After being at Life Esidimeni for a few months with what seemed to be early-onset dementia, Machpelah died at age 50 at the Precious Angels NGO. She spoke German and French and was a straight-A student. After their mother died, she helped raise Nxumalo, then helped raise Nxumalo’s children.

In March 2016, the Life Esidimeni family association went to court to interdict the province’s plan to move their loved ones into NGOs and community care. They and mental healthcare groups had earlier reached an agreement with the province to continue talks to provide ongoing adequate care.

They lost the court application and more than 1,700 patients were moved, some tied with ropes to bakkies, the majority of them between April and June 2016.

Cassie Chambers of the SA Depression and Anxiety Group (Sadag) submitted an affidavit warning against moving the patients. “It was incredibly difficult to stand by and watch it unravel, especially when we were getting reports from families who were visiting their loved ones … and seeing the negative impact starting to play out,” she said. “We were lied to over and over.”

Machpelah, like other Life Esidimeni patients, needed specialised care. But she and others were moved to NGOs that were fraudulently approved and didn’t have the skills or patient records to care for or even feed the patients.

In former deputy chief justice Dikgang Moseneke’s arbitration award in March 2018, he described the events as “a harrowing account of the death, torture and disappearance of utterly vulnerable mental health care users”.

Moseneke awarded the families R1.2-million each in compensation. Nxumalo, who fought against the move and then fought for justice, believes the compensation has started to overshadow the fight for accountability and reform.

Nxumalo wasn’t even told the correct date of her sister’s death. Machpelah’s daughter Shanice collapsed on the first day of the arbitration and died shortly thereafter. Compensation doesn’t cover that loss. Accountability and healthcare reform were just as, if not more, important as compensation.

Moseneke ordered the government to erect a monument and outline a turnaround plan for mental healthcare services in Gauteng. “If you ask [the government] what they have done, besides the payments, there’s nothing else,” said Nxumalo.

Bereaved families proposed erecting “living monuments”, including a new mental healthcare facility and mental health units in regional Gauteng institutions to ensure patients are diagnosed and treated early. The government seemed open to the idea but talks have collapsed, according to Nxumalo.

Organisations that worked closely with the patients’ families, such as Sadag and SECTION27, are establishing an online memorial to document the lives lost and the ongoing struggle for justice.

The Gauteng Department of Health referred all Life Esidimeni questions to the premier’s office. Premier David Makhura’s spokesperson Thabo Masebe had not responded to queries at the time of writing.

Following the arbitration, the government adopted the Gauteng Mental Health Strategy and Action Plan 2019-2023. Chambers described it as “a chance to improve … systems and act as a model that could be replicated in other provinces too”.

Publicly, the provincial government has made almost no mention of it. “I think the process in implementing those measures and allocating the necessary budgets has been very slow. Overall, we haven’t seen major improvements and it is very worrying,” said Chambers.

“The mental health system was in crisis before Covid-19 and we have seen the massive impact that the lockdown and the global pandemic [have] had on mental health throughout the country.”

The SA Human Rights Commission launched a country-wide investigation following the Life Esidimeni revelations and found “a prolonged and systemic neglect of mental health at the level of policy implementation”.

Chambers noted the various investigations and asked: “How come there has been so little progress and implementation?”

Mental healthcare reform can’t save Machpelah. It won’t bring back Reverend Joseph Maboe’s son Billy, who loved to dance but died after he was moved to an NGO where he was found hungry and filthy, according to his father, who died this week. But it would ensure patients are adequately cared for and live a dignified life.

As reform stalls, families are asking why officials haven’t been held accountable. Former health MEC Qedani Mahlangu resigned when the health ombudsman’s report was released but, according to DA Gauteng Shadow Health MEC Jack Bloom, she was able to claim her R16-million government pension.

Former Gauteng Health Department head Dr Barney Selebano is yet to face his disciplinary hearing with the Health Professions Council of SA (HPCSA), meaning he’s still licensed to practise. Spokesperson Priscilla Sekhonyana said the HPCSA will finally hold Selebano’s hearing, which will include 57 witnesses, on 14 and 15 April.

Former provincial officials Makgoba Manamela, Dumi Masondo and Hannah Jacobus were referred to the SA Nursing Council (SANC), but the SANC did not reply to queries on whether hearings have been held and if they are still registered nurses.

Nxumalo saw Jacobus in 2019 near the department of health offices in Johannesburg. She experienced an “Ally McBeal moment”, wanting to throttle the official who fraudulently issued licences to the NGOs where so many died, but instead bottled her anger.

The Special Investigating Unit has tried to claw back money paid to NGOs but no one has been held criminally accountable.

“If no one is held accountable, really, I don’t think I can ever rely on the system of trust,” said Nomvula Nonjabe, whose sister Khayakazi survived the Life Esidimeni move but later died at the age 0f 28 years after apparent neglect while being treated by a traditional healer.

“I mean, they were there, they were in the positions, they signed the project plans which led to the termination of contracts and because of that people still died,” Nonjabe said.

In September 2019, the NPA said there was insufficient evidence to lead to prosecution. Instead, it’s launching an inquest. No date has been set, but interested parties have been invited to a meeting on 19 April.

“The question is, are we going to get people prosecuted?” asked Nxumalo. DM168