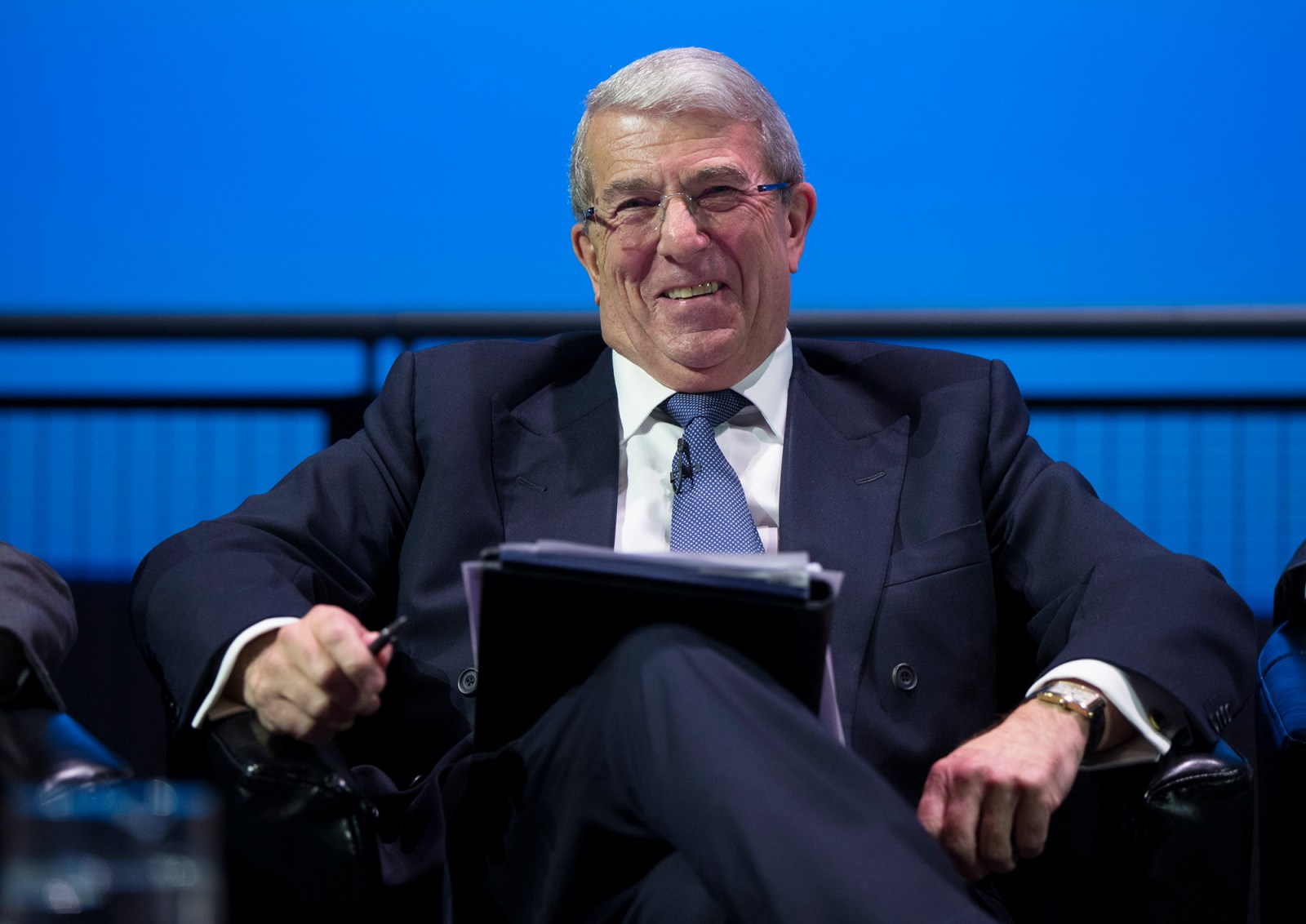 The scale of British arms sales to Riyadh rises again amid secrecy over a meeting between BAE and trade minister Liam Fox after the Khashoggi killing. Documents show both the UK trade ministry and BAE sought to keep arming Saudi Arabia in the immediate wake of the dissident’s murder.

Britain’s largest arms company, BAE Systems, has sold £17.6-billion worth of aircraft, weapons and services to the Saudi military since 2015, when Riyadh began bombing Yemen.

The new figures, included in BAE’s latest annual report, reveal the company made £2.6-billion in revenues from the Saudi military last year alone, a small rise on 2019.

The sales went ahead despite a temporary UK government embargo on new arms licences for the Yemen war during the first six months of 2020.

Campaign Against Arms Trade (CAAT) believes that BAE’s total sales to Saudi Arabia over the six years of conflict could be worth £19-billion, when cybersecurity deals and the company’s share in a missile manufacturer, MBDA, are included.

The revelation comes amid ongoing secrecy over the extent of the UK government’s support for the powerful arms company, which has long been embroiled in the Yemen war — the world’s worst humanitarian crisis.

BAE met Liam Fox, who was then Britain’s international trade secretary, to discuss relations with Riyadh four weeks after journalist Jamal Khashoggi was murdered by Saudi officials on 2 October 2018. Khashoggi had recently called for an end to the “cruel war” in Yemen.

CAAT has spent over two years trying to obtain full records from that meeting through freedom of information requests, asking to see copies of the minutes, briefing notes and other correspondence.

The group argues disclosure is necessary because the war in Yemen “has killed over 100,000 people as a direct result of military action, including more than 12,000 civilians”.

CAAT adds that airstrikes on “food production and infrastructure suggested the deliberate use of starvation as a weapon of war — which would also constitute a war crime”.

Last month the UK’s Information Commissioner noted there was “an urgent need for informed public debate on this issue, given the terrible and tragic suffering being inflicted on the Yemeni people”.

However, the Commissioner, Elizabeth Denham, ruled that the Department for International Trade (DIT) could keep censoring parts of the paperwork on the BAE-Fox meeting, as it was more important to protect British trade with the Gulf.

Her decision means that the minutes from the meeting will not be published in full, although she agreed that some paperwork written in advance of the encounter could be given to CAAT in heavily redacted form.

The disclosure includes a letter written by the chairman of BAE, Sir Roger Carr, seeking a formal meeting between Fox and his company in the wake of Khashoggi’s killing.

The letter was sent to Fox on 18 October 2018, the same day a Turkish newspaper reported that a barbecue was held at the Saudi consul’s residence in Istanbul the night Khashoggi disappeared, probably to disguise the smell of his body being disposed of.

In the letter, marked sensitive, Carr noted Fox’s decision to pull out of a planned investment conference in Saudi Arabia, nicknamed “Davos in the desert”, in the wake of Khashoggi’s killing.

The move may have come as a surprise to Carr, who had met Fox and the UK’s top trade official Antonia Romeo during dinner at the City of London’s opulent Mansion House the night before he penned the letter.

It is not known what was discussed at the dinner, but Carr wrote to Fox the next day: “I thought it might be helpful if I gave you a summary of the current status of negotiations.” Carr was referring to BAE’s efforts to sell Saudi Arabia a further 48 Typhoon warplanes, to complement its existing fleet which plays a key role in the bombing of Yemen.

Carr, who used to sit on the BBC’s governing body, stressed to Fox that “Saudi Arabia is a significant value generator for BAE Systems, and the wider defence enterprise in the UK”.

He also warned about the “potential impact of change in the current [Government-to-Government] arrangements” and sought a formal meeting between his company and Fox’s trade department.

A second document obtained by CAAT is a government briefing paper for Fox’s subsequent meeting with BAE’s chief executive Charles Woodburn, which took place on 29 October 2018, to “assess any impact of recent developments in Saudi Arabia”.

Despite the British government publicly cooling its trade ties with the Saudis, in private Fox was briefed to tell BAE he “would be interested to hear how negotiations” to sell Saudi Arabia more Typhoon aircraft “are progressing, particularly around its tie in with [Vision 2030] aspirations”.

Vision 2030 is a project to present Mohammed bin Salman as a reformer and moderniser, a public relations drive which was undermined by Khashoggi’s killing.

An annex to the briefing shows Fox was reminded by trade officials that “Saudi Arabia remains the UK’s largest defence export customer”, although the size of those exports has been redacted.

Trade staff set out the scale of UK arms sales to Saudi Arabia brokered by Whitehall since the 1980s as “clear evidence of Government-to-Government contracts underpinning the UK’s long-standing success”.

British officials have long hoped Riyadh will buy a second batch of Typhoons to replace its ageing Tornado fleet. Fox was reminded in the briefing that this deal was “in the pipeline” and designed to “fill the Saudis’ capability gap”.

Sarah Waldron from CAAT told Declassified: “These revelations shine more light on the long and toxic relationship between BAE Systems and the UK and Saudi governments. BAE Systems has made huge profits from the suffering of the Yemeni people and its weapons empower and enable abuses by the Saudi authorities.

“Even violations such as the brutal murder of Jamal Khashoggi are primarily of concern as a threat to BAE’s ability to generate more ‘value’. It is no wonder they want to keep this secret — but it’s vital that this immoral and deeply damaging relationship can be scrutinised and challenged.”

In the briefing paper, Fox was also told by trade officials that “potential extra projects” between BAE and Saudi Arabia included the sale of a naval frigate.

The Saudi-led coalition has implemented a naval blockade of Yemen which the UN says has contributed to shortages of food and medicine in the country.

Last year a BAE-made Royal Navy patrol vessel, HMS Clyde, was returned to the arms company and sold second-hand to the Bahraini navy, which is a member of the Saudi-led coalition.

Declassified was told the Department for International Trade holds one email discussing the risk of HMS Clyde “being used by Bahrain for violations of International Humanitarian Law” in Yemen.

However, trade minister Ranil Jayawardena is refusing to release the email which he believes “would be likely to harm the effective conduct of public affairs”.

Sayed Ahmed Alwadaei, director of the Bahrain Institute for Rights & Democracy, commented: “With the coalition’s sea blockade pushing millions of Yemenis to the brink of famine, the British people deserve to know why a Royal Navy vessel, which could be used to enforce this blockade, was sold to Bahrain.

“The government must cease hiding behind legal exemptions and come clean about their role in the devastating war on Yemen.”

A BAE Systems spokesperson said: “We provide defence equipment, training and support under Government-to-Government agreements between the UK and the Kingdom of Saudi Arabia.‎ We comply with all relevant export control laws and regulations in the countries in which we operate and our activities are subject to UK Government approval and oversight.”

A Department for International Trade spokesperson said: “The former trade secretary held meetings with a variety of stakeholders to support UK trade and investment. We do not comment on the details of correspondence or discussions between ministers and businesses.” DM