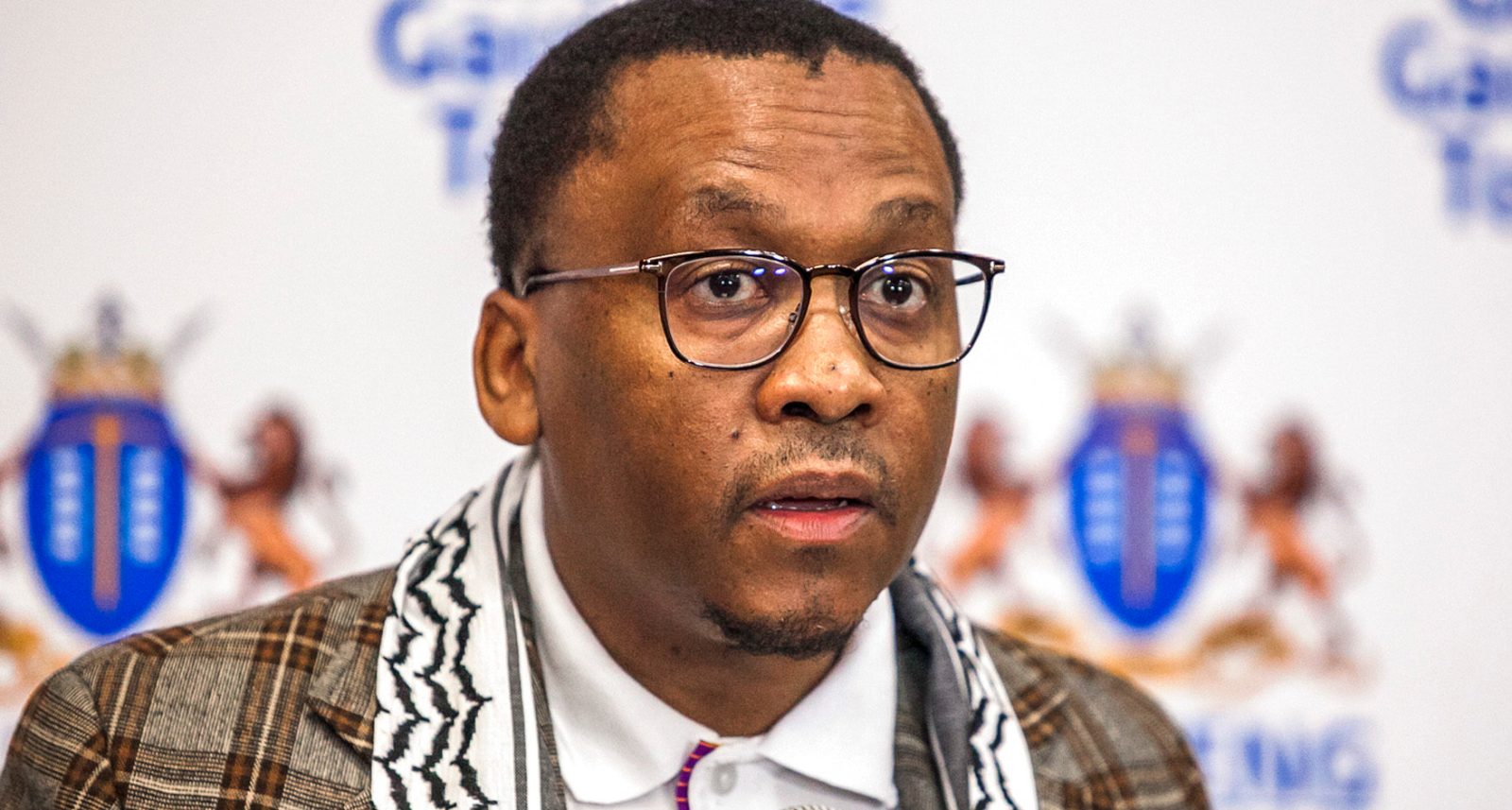 ‘He took no steps at all to lead and protect his department from stumbling into the predictable chasm,’ court finds.

The North Gauteng High Court yesterday dismissed with costs an application by Gauteng’s former MEC for Health, Dr Bandile Masuku, to review and set aside a report by the Special Investigating Unit (SIU) that led to his dismissal by Premier David Makhura in October 2020.

The landmark case had been argued in January and Monday’s judgment was quickly “welcomed” by the SIU, which noted that the judgment “affirms that the SIU is discharging its mandate of investigating allegations of corruption and maladministration in the affairs of State institutions in a manner that is fair and just, and its long-standing statement that investigations conducted by the corruption-busting Unit are evidence-based and not influenced by any other measure”.

Masuku’s legal team was not so enthusiastic. While welcoming the court’s dicta that Masuku is not accused of corruption or nepotism, nor has the SIU found any evidence to that effect, other aspects of the judgment were “noted” and criticised as a “terribly missed opportunity” to make clear the limits and duties of executive oversight of the day-to-day running of government departments.

Powers of the SIU

The case was an important one about the powers of the SIU and the status of findings and recommendations arising from its investigations. In essence, the unanimous judgment of a Full Bench, made up of judges Ronald Sutherland, Joseph Raulinga and Thina Siwendu, made two important findings: the first is that any investigative report issued by the SIU to the president or a premier can be the subject of a high court review – an important precedent – under the principle of legality. This is necessary for accountability, but also as a way of keeping such a powerful entity “within bounds”.

In the words of the court:

“The report of the SIU, albeit ‘non-final’, is an exercise of public power for which it can be held accountable on the test for rationality.”

Here, the court was at pains to appreciate that an investigation and its findings, even if they bind no one, can be invasive and prejudicial – as they have been to Masuku, whose reputation has been “shattered”.

Having found it reviewable, the SIU’s report on the Gauteng PPE scandal and Masuku’s role as MEC was criticised by the court in certain respects. At para 53, for example, it said “the text of the report, as a whole, is substantially padded”, but explained this as “hyperbole” rather than malicious or inaccurate. This was more of a slap on the wrist for the SIU, as the court’s main second finding is that the SIU nonetheless acted in fulfilment of its statutory duties,  based on a factual investigation and was therefore not irrational. Thus, there is no basis to set the report aside.

In a face-saving attempt,  Masuku’s lawyers, Motalane Inc issued a statement on Monday afternoon, claiming that the judgment was a vindication of his protestations, welcoming that: “he is ‘not accused of corruption or nepotism’ and that the so-called ‘findings’ of the SIU are mere opinions that the Premier should not have relied upon to make any form of decision against him”.

This interpretation is not accurate.

The court did not find that the SIU’s findings were “mere opinions” or that the premier “should not” have relied on them. Instead, it said that “the recommendations of the SIU” were a “legitimate comment on whether any official had been culpable of improper activity”.

It noted that whether the premier (or president) ultimately takes them into account is their business. In this instance the premier did, but, warned the court, “nothing in this judgment should be construed as addressing the propriety of the decision by the Premier…”. Indeed, from the outset one of the anomalies of Masuku’s legal strategy was his decision to challenge the SIU, but not the premier.

Finally, the court was much more critical of the MEC’s inaction than Masuku’s lawyers would have us believe. It found that “the heart of the case in support of the opinion held by the SIU” came down to two aspects.

“… Dr Masuku was neglectful in his duties… despite being in a critical leadership position. This conduct justifies an adverse inference about his lack of professionalism and lack of care in discharging his functions. His conduct shows a lack of judgment and of diligence. His version as given to the SIU was faithfully reproduced. What he is criticised for is not for lying; his ignorance was taken at face value, despite the skepticism it fully deserved, but for neglect. Prima facie, Dr Masuku’s own version is a confession of unprofessionalism and dereliction of his duties.” (Para 65.1)

However, what the court says on this matter is unambiguous and very much about executive oversight. It found that:

“As the political head of the GDoH [Gauteng Department of Health], which had taken on the front-line role of centralised PPE procurement agent for the entire provincial government, in the face of the greatest public health risk in a century, and being the co-chair of the command council of the province, and, necessarily, being aware of the perils of irregularities if appropriate controls were not in place to regulate the fraught and vulnerable process of emergency procurement, he was so deaf and blind to these risks that he took no steps at all to lead and protect his department from stumbling into the predictable chasm.”

The court criticised Masuku’s “rebuttal” that “he was entitled to remain wholly detached, even in a pandemic”.

On this basis, even though the SIU investigation found no crime being committed and no basis for civil action, it “faithfully reported what it had learned to the Premier and to the President. It deemed Dr Masuku’s conduct to be wanting. To form such an opinion is plainly within its scope of functions.” (Para 67)

On this basis, advocate Andy Mothibi, the head of the SIU, stated: “This judgment settles the question relating to the role of Executive Authorities including Accounting Officers, Accounting Authorities in their responsibilities and accountability relating to the State Institutions they are accountable for. The State Officials should also read the judgment to ensure that they understand it clearly.”

In light of the court’s unflattering comments on Masuku’s conduct, it is hard to see how Motalane Inc can conclude that “there are no adverse findings against him”; or, if that is their view, why the door to an appeal is being kept open, as “an appropriate course of action will be communicated as soon as possible”.

On the basis of this important judgment, it would seem that many of the legal issues around Masuku’s dismissal have been settled. The political backstory and its ramifications, however, are another matter entirely.  DM/MC