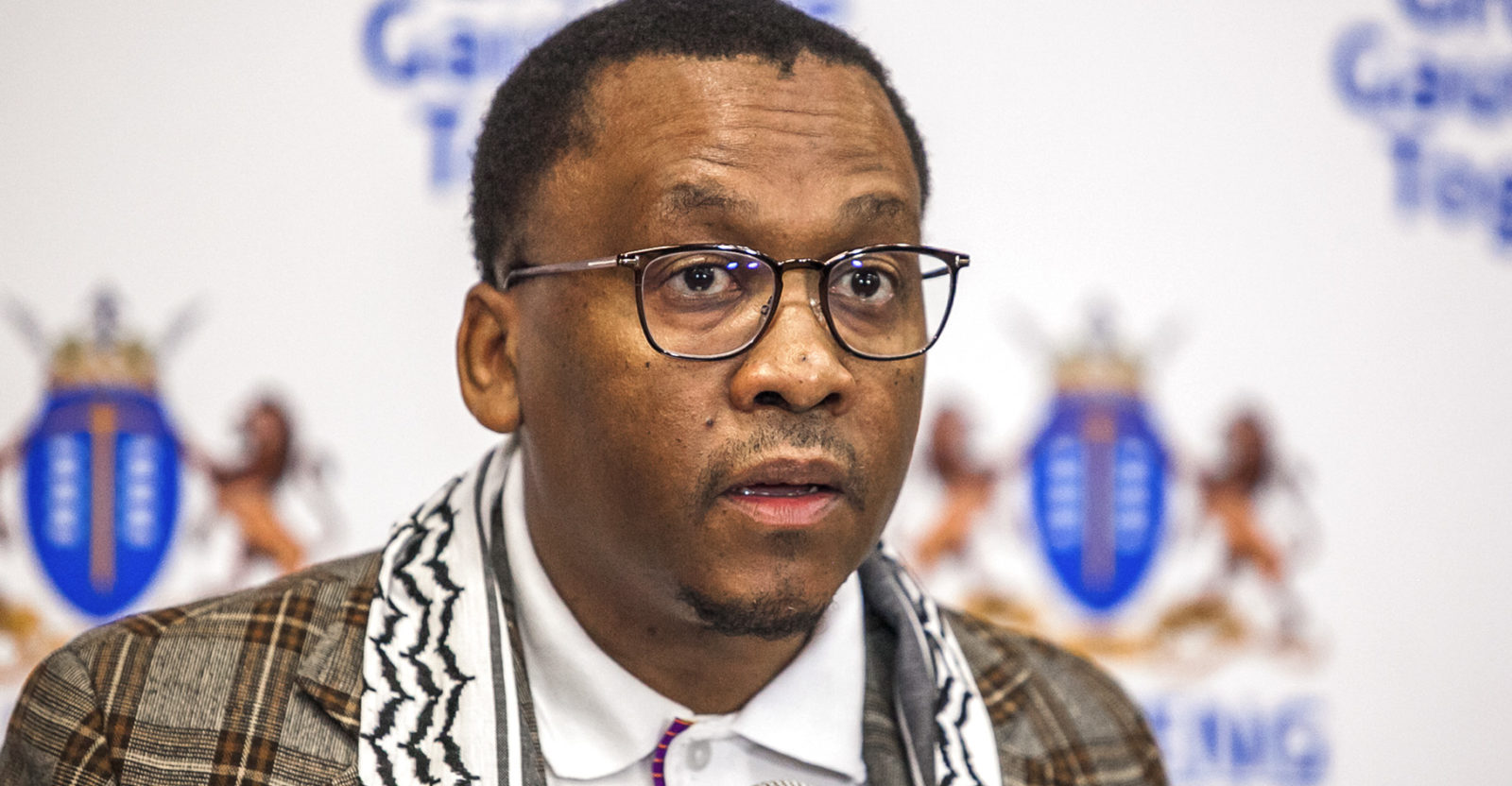 Bandile Masuku’s complaint is against the finding that he failed to have proper oversight over the Gauteng provincial health department, which opened the door to widespread corruption.

On Thursday a full Bench of the Pretoria High Court (made up of judges Ronald Sutherland, J Raulinga and Thina Siwendu) heard the review application between former Gauteng Health MEC Dr Bandile Masuku and the Special Investigation Unit (SIU).

The case was billed as a critical test that would explore the boundaries between the responsibilities of an MEC and that of his/her head of department when it comes to oversight of governance and finance; as well as the powers of the SIU.

However, as the day progressed it revolved on two central questions: whether the findings of the SIU are reviewable at all, and linked to that a great deal of the argument hinged on section 4 of the SIU Act, which sets out the functions and powers it grants to the SIU to investigate and later to report its findings.

The core of Masuku’s case is this: that the SIU, in two letters reporting its findings to the Gauteng premier on 18 September and 1 October 2020, acted outside its powers in making recommendations to the premier, “violated rules of natural justice” by not allowing Masuku to see or respond to the report in advance, and was plain wrong on facts and findings that are “not supported by a shred of evidence”.

On these grounds, Masuku’s legal team argued the SIU’s actions should be reviewed by the court under the constitutional provision for rule of law (section 1c) and ultimately declared unlawful and overturned.

It’s important to state that the case was not to contest any criminal findings of “corruption or collusion” against Masuku. According to the SIU in its papers, “none have been made… that is an ongoing investigation”.

Therefore, Masuku’s complaint is against the finding that he failed to have proper oversight over the provincial health department (in terms of section 63 of the PFMA), which opened the door to widespread corruption. This was the finding which ultimately led to his dismissal from the post. According to Masuku, this “impugned” his reputation, defamed him, and the only remedy he had was to have it reviewed and set aside by the high court.

The three judges seemed to have problems with much of this, insisting on looking at Masuku’s conduct in the light of a performance agreement with the premier in which he had committed to address systemic weaknesses in the governance and supply chain management, something Judge Siwendu called “an important point about accountability”.

In this context, inevitably the application also drew in the premier of Gauteng as second respondent. However – problematically in the view of the judges – Masuku’s review did not seek an order against the premier.

Masuku claims the reason his case is not challenging Premier David Makhura’s decision is because that is “water under the bridge”.

For their part, the premier and president, who were not represented in court, have promised to abide by the findings of the court. Nonetheless, it proved hard for the case not to touch at times on the role of the Gauteng premier. For example, in his scathing criticism of the SIU, Masuku’s counsel W Mokhare, SC, asked how the SIU could “find the applicant guilty without finding the premier guilty”.

To support their arguments, Mokhare also argued that the SIU had “failed to provide any evidence” to support its findings. However, Judge Sutherland took issue with this, pointing out that while Masuku might not like the evidence, or contest it, it nonetheless amounts to evidence, and the problem for Masuku was his view of its “untenability”.

Mokhare’s argument in response was to question the quality and incompleteness of the evidence gathering process, going as far as to say that that there was “no evidence at all” and what is contained in the findings is “selective”, citing as an example an “unsupported hearsay claim” made by an official that the “MEC said he wanted his own people” to benefit from the PPE tenders, something Mokhare said is “not worth a grain of salt”.

In an angry summation, Mokhare said: “The SIU completely failed to take material facts into account, applied the wrong judicial principles and the wrong sections of the Constitution… If that’s the case, the applicant should succeed and get a declaration against the SIU and have the findings set aside.”

To deny that he had the right of a review, as contended by the SIU, was to “hang him alive” and “leave him with an albatross around his neck”.

In reply, advocate Vincent Maleka, SC, took most of the core contentions of Masuku head-on.

He insisted that the findings of the SIU were “well founded” and “indeed are final to the extent that SIU has prepared and submitted a report to the premier”. However, said Maleka, for Masuku to challenge them without challenging the decision of the premier to fire him (ie, “the legal consequences of these findings”) was illogical.

Maleka went further to suggest that Masuku’s review sans premier was an attempt “to draw the court into a political ping-pong game – to clear his name as requested by the premier – and to use that as a basis for the review”.

Turning to a defence of the SIU’s findings and recommendations, Maleka dissected more of the detail that, the SIU argues, militates against Masuku. He stressed that the health department was a department where the chief financial officer upon her appointment in February 2018 said she had “inherited” a deep malaise of corruption but which, two years later, “when the president declared a National State of Disaster, the supply chain… was already in a state of disaster”.

In the light of its central role in tragedies like Life Esidimeni, Maleka argued this should already have been dealt with by Masuku as part of his performance agreement: yet he had only recently appointed a supply chain manager (in the event, the person who became the whistle-blower).

Another of the bones of contention was an email discovered by the SIU sent by the CFO to the MEC on 1 April 2020 setting out the list of appointed PPE suppliers, including Royal Bhaca.

Masuku’s version was that he had not opened this email and that he had only been sent it because a list of PPE suppliers had been requested by the Motsepe Foundation.

However, Maleka took this to pieces, pointing out that the email says “he had requested the list” (not that it had been sprung on him in the dead of night by his CFO): therefore – if true – the claim not to have read it until many months later when it was drawn to his attention by the SIU “showed a lack of accountability”.

After much sound and fury, judgment was reserved.

We will now have to wait and see. However, a prominent subtext to this case, not before the court, but almost impossible to ignore, is the politics of the ANC in Gauteng.

As alluded to by Maleka when he talked about the case being part of “an impermissible political ping-pong” these are political issues. They may be better suited to political contestation rather than a legal review, which could ultimately prove to be the reason why this case may well add additional weight to the albatross Masuku says is around his neck – and be a vindication of the SIU. DM/MC

By Shabir A Madhi and Jonny Myers

South Africa’s housing crisis: A new breed of honest politicians is needed to unlock the land