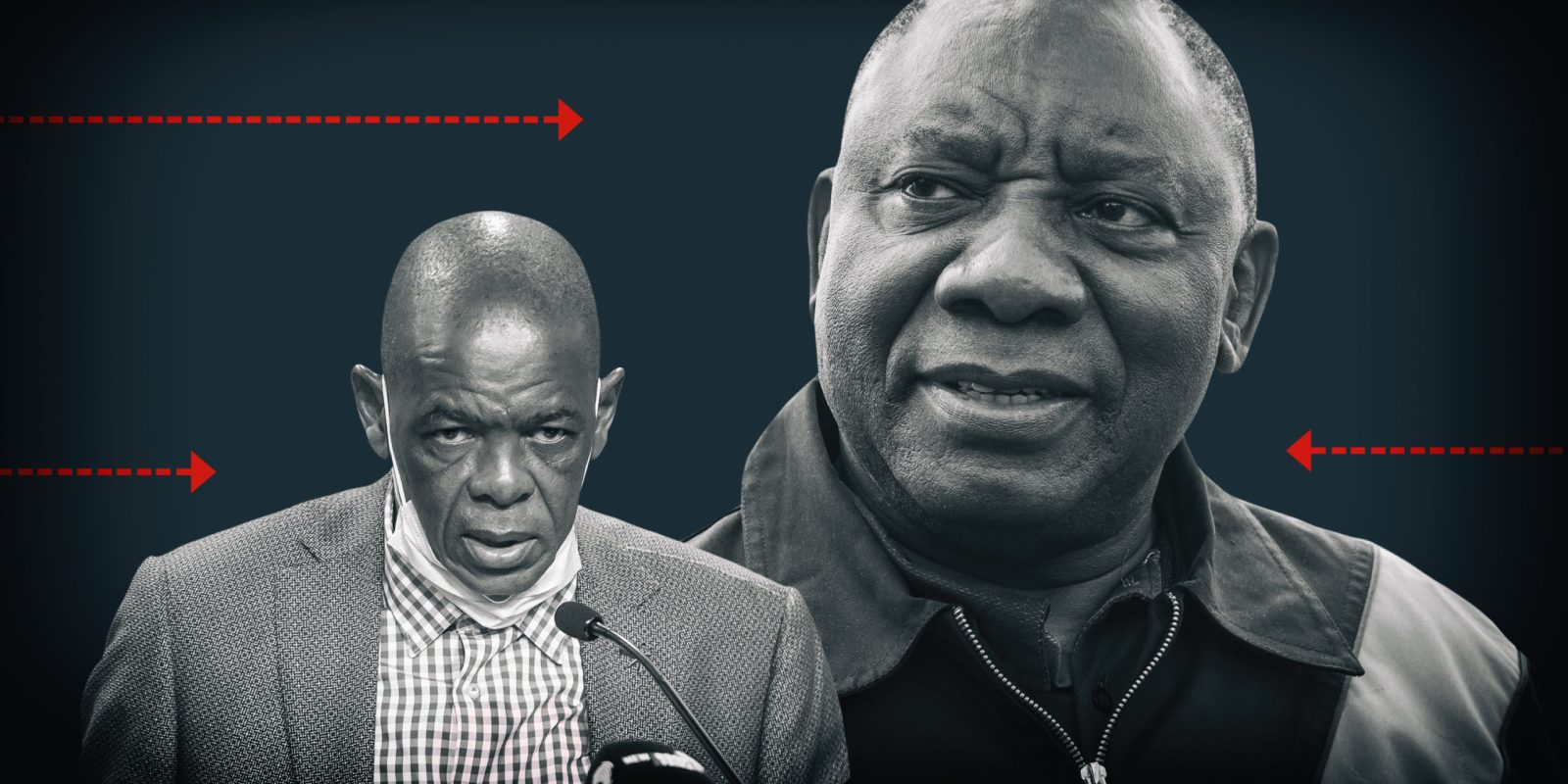 Politics is going to get dirtier and rougher, and voters will have to become more and more cynical. We may soon no longer be able to believe our eyes and ears and will have to disregard anything that is not a live transmission.

As South Africa’s political battles continue, and ahead of the local elections, there is now evidence that we are about to enter a new phase that could undermine trust and legitimacy even further. Soon, voice recordings and videos of our political leaders will be subject to manipulation that could have a major impact in ways that are as yet impossible to fully assess.

If this does occur — and it will be surprising if it does not — given the partisan divides in SA politics and society, it will have a momentous long-term impact on the country, making it impossible for already thoroughly confused voters to know where the truth lies.

Part of the problem is our increased reliance on technology — the Covid-19 pandemic has forced the use of virtual meetings to make important decisions that affect our future.

Everyone in our political system has something to lose should this distortion field hit our shores.

All indications are that it will.

As preferred distribution platforms/methods for this deepfake technology, it appears likely that WhatsApp will be used, along with Twitter. They are perfectly positioned to spread disinformation in ways that cannot be easily monitored while sowing distrust and eroding the legitimacy not only of political leaders, but also questioning the reality of reality itself.

There can be no doubting the importance of the ANC’s National Executive Committee (NEC) meeting that occurred two weeks ago. It was a meeting that appeared to demonstrate that President Cyril Ramaphosa had won an important victory against ANC Secretary-General Ace Magashule.

After the meeting, a voice recording of Magashule emerged, of him claiming that the final resolution — that those in the party facing criminal charges step aside within seven days or face suspension — had been manipulated. In the end, the resolution was that people in this position had 30 days to step aside.

Last week, another voice recording of a meeting emerged, this time featuring the voice of Ramaphosa. In the recording, he appeared to be responding to claims made against him by former president Jacob Zuma.

It had been predicted that voice recordings like these from important meetings would find their way into the public domain.

As important as they are, the ANC’s meetings are now being held virtually. In the past, during the era of physical meetings, officials exerted tight control of the physical environment, ensuring that no phone or any other device that could record sound was able to get inside the meeting (in some cases reporters outside these meetings were subjected to signal-jamming devices).

To a large extent, officials were successful in ensuring that details of what are effectively confidential meetings were not leaked. While NEC members would brief journalists regularly about meetings, there was no physical evidence that what they said was true.

The first ANC member to ever say under oath what happened during a meeting was Transport Minister Fikile Mbalula, who testified at the Zondo Commission about how he told an NEC meeting that it was the Guptas who informed him of his new Cabinet position.

The voice recordings that are emerging now can be crucially misleading because they lack the crucial context in which a specific comment was made.

But with deepfake technology, the quest to produce damning results that will completely change the meaning of what was said is entering a wholly new and uniquely dangerous phase.

Imagine the damage of hearing, or seeing, this virtual Ramaphosa saying that he is just following the orders of White Monopoly Capital and that he must kick Magashule out of the ANC.

Or of Magashule saying that he stole the money with the Guptas and that he created the African Transformation Movement with Zuma.

It is entirely possible for someone to seamlessly piece together comments politicians have made in the past and present them as a genuine recording from some “secret” virtual meeting.

For most people, once you have heard someone saying something in a voice that you recognise, it cannot be unheard.

Despite repeated denials, it is likely that people will either still believe their own ears or simply maintain a lingering doubt in their minds.

To add to this is another area of possible fertile ground for many people with agendas to sell.

It is well known that there are people who attempt to mislead others using fake accounts on Twitter.

As a non-political example, every day this writer gets at least three tweets from three different accounts extolling the virtues of one particular cryptocurrency peddler. It is clear that this is a scam, and that the people involved are criminals.

This is obviously happening in our political discussions, too. There is plenty of evidence of bots, or fake accounts, that attack particular journalists or try to change the nature of the debate or hijack a discussion, as in PutSouthAfricaFirst and the fictional Lerato Pillay character.

Due to the nature of the platform, fake voice recordings may not be that useful on Twitter. But these recordings are much more likely to have a powerful impact on WhatsApp.

This is because people know how voice-notes work, and they can move through WhatsApp groups quickly and efficiently.

During the pandemic, we have seen many people believing everything that is posted on these groups, with voice notes claiming to be from a junior official at a fire station or a police station leading people to believe there will be tighter lockdowns and causing a rush to liquor stores.

Imagine then the impact of a fake voice note involving the voice of a Ramaphosa or a Magashule during this particularly fraught political moment.

It is difficult to assess the impact of WhatsApp messages, as the encrypted nature of the service means that the conversations are happening in a fully private channel.

This means that the political views of millions of voters could be influenced without any way of assessing this process. Unlike in the past, when the track record of a politician was generally assessed through the consumption of public media, which everyone could access, this time it is different. Dangerously different.

This could make our politics even less predictable than it is now and could make it harder for all politicians to know what the views of voters actually are.

This is bound to have negative consequences for our politics.

One possible solution may be to simply not have secret meetings. But this might make normal political activity very difficult and would mark a major change in political culture.

Even if such a change does happen, it will not deter the fake artists from creating the stuff from scratch — the technology to do so is around the corner.

Politics will be dirtier and rougher, and voters will have to become increasingly cynical. We may soon no longer be able to believe our eyes and ears, and will have to disregard anything that is not a live transmission, though only until technology solves even that challenge.

How is humanity going to deal with that? With great difficulty. DM