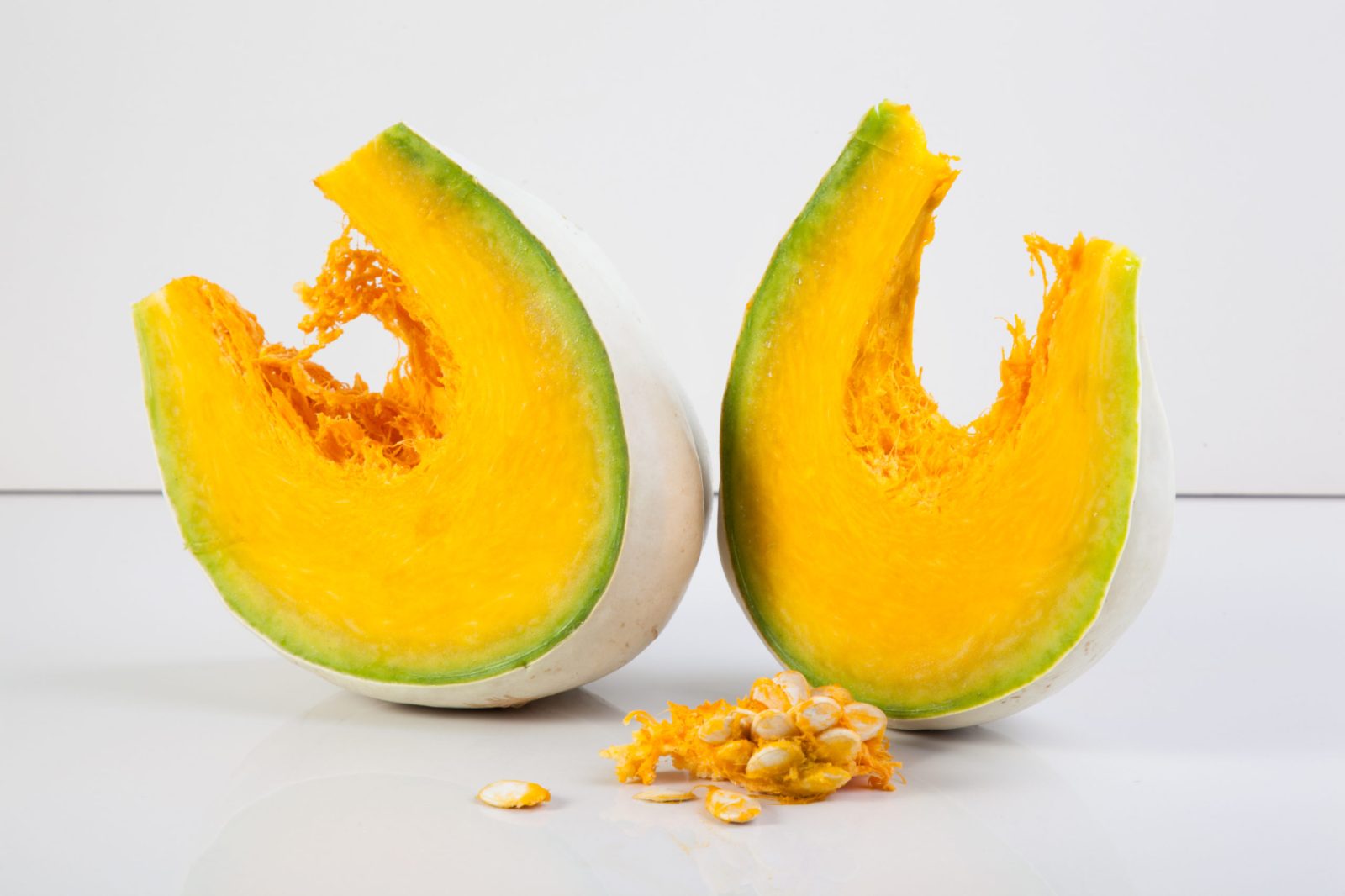 It’s worth getting sweet, and a little savoury, with pumpkin.

This story accompanies this recipe

Once upon a time, when we had a little restaurant in Sutherland in the Karoo Hoogland, I had the audacity to bake pumpkin as a side dish – without sugar. I had lived in Sussex, England, for four years shortly before returning to open the bistro, and had forgotten a good deal of my Afrikaans, and evidently some of the details of Afrikaner cuisine too.

I was swiftly put to rights when a man at a corner table sent The Foodie’s Wife back into the kitchen to ask for a cup of sugar and a spoon.

“I have no idea,” she explained, somewhat inadequately. “Let’s just give it to him.”

I certainly wanted to.

Three minutes later, she was back in the kitchen, white as a sheet. “He’s put it all over his vegetables,” she said, and poured herself a glass of wine.

I poured one too.

The vegetables had included pumpkin and green beans, which I had simply blanched and then tossed in butter. “Oh well,” I said, “he’s paying for it, let him have sugar on his veg. Cheers.”

A few years earlier, my British cousins, when they visited us in 1995, couldn’t stop talking about two things: why the word “indigenous” was bandied about in almost every sentence spoken by anyone they met, and why the vegetables were sweet.

But. I have a little secret. I omitted to tell my cousins, or the man at the corner table, that I have a secret passion for pumpkin cooked the way it is cooked in Afrikaner cuisine in South Africa: sweet and spicy. It probably symbolises the difference between what you might call the British palate and its Afrikaner equivalent; or might that in some cases be polar opposite? But Afrikaans pumpkin (pampoen, rightly) isn’t merely “sweet”. It’s spicy too. It’s the combination of sugar and cinnamon that creates that bit of magic in the mouth. I always have an extra helping of baked pumpkin or take an extra pumpkin fritter. It’s as much a part of our cuisine as koeksisters and moskonfyt. Oh, and roast beef and Yorkshire pudding. I’ve even eaten sweet baked pumpkin as a side dish with my rosbif (as the French call the English) and Yorkies.

Baked pumpkin the Cook & Enjoy way calls for arranging cubes of pumpkin in a saucepan, with cubes of white bread in between, and sprinkled with salt. Then, “add a few pieces of stick cinnamon, a few knobs of butter, a little sugar to taste and 15 ml (1T) water”. This is boiled, then turned out into a baking dish and baked in the oven until the edges have browned.

Orange-baked pumpkins feature in Cape Malay cookery too. Faldela Williams’ The Cape Malay Cookbook describes it as requiring pumpkin chunks to be baked with dried apricots or peaches, covered with orange juice. It’s dotted with butter, sprinkled with brown sugar and a cinnamon stick is added (in the Cape Malay tradition this may also be cassia bark). That sounds almost like dessert but, yes, I would eat it with my roast chicken.

Pumpkin fritters are dusted with cinnamon sugar, and that (cinnamon sugar) is virtually an ingredient in its own right in the evolution of the old Cape Dutch cuisine. You can dust the top of a milk tart with it too.

Mashed pumpkin, too, in the Cook & Enjoy tradition (and that means in the proper old Afrikaner tradition) calls for sugar, butter and cinnamon, so there is no getting away from it.

Recently I had one of those wonderful Karoo days when a kindhearted friend, neighbour or even acquaintance just drops by and gives you something. I had bought a blue pumpkin, but I needed a contrasting variety for the photographs to illustrate this story. Next day the ever generous Lani Lombard delivered a boerpampoen from her farm to her shop in town for me to pick up. It’s enormous and beautiful. So it was the boerpampoen that I used to make pumpkin purée with last weekend, and I flavoured it with wilde-als (wild wormwood) that I had sourced in a riverbed in Nieu-Bethesda. As one does.

It was the other one, the blue pumpkin, that I used to make my pumpkin tart with, however. I had wanted to be a little inventive. Not too way out, but certainly not to cook it the way the man in the corner of the restaurant wanted it, with sugar strewn all over it.

So I used garlic. At which hands have been clasped to mouths all over the Platteland, breath has been held in astonishment, and the ancients have rolled over in their graves, causing a great rumbling to ensue throughout the land.

But hou net aan ’n oomblik, tannie. I was experimenting, remember… and the point of that is to think, well, maybe there are other ways, shouldn’t we at least try them…

Which I did. The recipe, which you will find alongside this piece, is based on the simple truth that a pumpkin is of itself sweet. And that, when roasted, its sweetness comes to the fore, is strengthened, by the caramelisation that ensues. So it is still a sweet pumpkin dish, just not with extra sugar added. Or poured over the top afterwards.

The ancestors may be relieved to know that I did use cinnamon. But they may want to block their ears when I say that I also used star anise. (Watse goed?)

I donated the resulting rustic pumpkin tart to my photographer friend Louis and his wife Christine, who is an excellent cook, steeped in the old Afrikaner tradition. So I was delighted when she pronounced it delicious and baked me some scones to thank me for it. Maybe there’s hope for me yet, nê tannie? DM/TGIFood