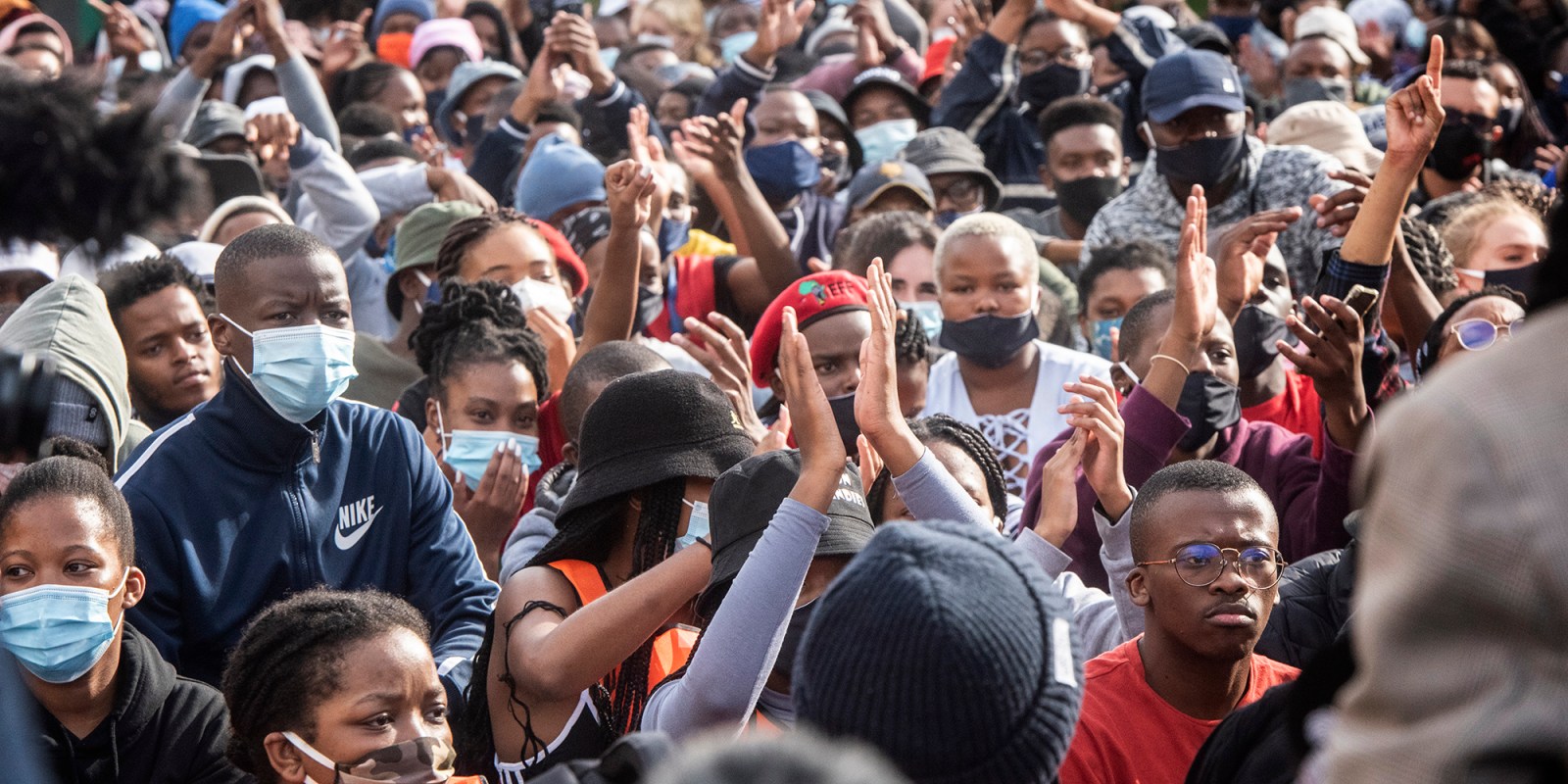 SAUS has announced the end to a nationwide student shutdown. The shutdown began on 15 March 2021, when talks between the union and the Department of Higher Education, Science and Innovation reached a deadlock. (Photo by Gallo Images/Brenton Geach)

During a session of Parliament’s higher education oversight committee on Thursday, 1 April, visible fractures emerged between stakeholders at the Cape Peninsula University of Technology.

The Cape Peninsula University of Technology (CPUT)  – the largest university in the Western Cape – has had issues related to student and labour unrest, dating back to #FeesMustFall. In 2017, clashes between students and private security became a key focal point. In March 2020, the university’s Student Representative Council marched to Parliament calling for an intervention at the university. At the time, EWN reported classes were suspended due to the protests as students wanted better transportation and accommodation.

At Thursday’s meeting Vice-Chancellor Dr Chris Nhlapo said the university issued an “unreserved apology” for missing the previous meeting, which was scheduled for 23 March 2021. Advocate Zuko Mapoma, chairperson of the university’s council said “I apologise if we came across as arrogant” following complaints by the committee, which had threatened to subpoena CPUT, about the university missing the meeting.

During Thursday’s meeting, issues were raised about the relationship between unions, student representatives and CPUT council and management.

Nonele Ganyile, the secretary-general of the Student Representative Council (SRC) said she had not seen “any change” in the relationship between students and the university. She said the university called a meeting on Wednesday evening with the SRC which she said had “no good intentions”. She dismissed the council’s claim that student funding from the National Student Financial Aid Scheme had been sorted out for the 2020 financial year saying “hai, chairperson that’s not true”.

Yeouculte Choma from the Cape Peninsula University Employees Union (CPUEU) accused the university of victimisation of top union members on campus. She requested an urgent investigation into CPUT’s finances and management.

Nhalpo said the university was increasing insourcing and working on requests to change students’ dietary requirements at cafeterias on campuses.

Regarding the meeting with the student representatives and unions, Nhalpo said “the meeting was not to cover up” rather it was a follow up to previous meetings. The meeting was also to make sure nothing fell through the cracks, said the VC, but admitted it was also to ensure they were able to show Parliament that “CPUT is on good tracks”.

Higher education committee chairperson Philly Mapulane questioned why “there are issues if management and council say things are rosy”. The university’s council should address claims made by the unions and student representatives, said Mapulane. Progress reports on stakeholder cooperation must then be submitted, said Mapulane.

In other campus-related news, the South African Union of Students (SAUS) announced the end to a nationwide student shutdown. The shutdown started on 15 March, when talks between the union and the Department of Higher Education, Science and Innovation reached a deadlock. Following talks between SAUS and the department and its minister Blade Nzimande over the past few days, SAUS agreed to end the protest.

“After numerous failed attempts at resolving the issues at hand, SAUS sought other means of engagements to mediate with the challenges in the Higher Education sector…This included directly engaging with the Public Protector, the South African Human Rights Commission and the Parliamentary Portfolio Committee on Higher Education and Training as alternative intervention mechanisms which have played a meaningful role to advance the demands of students and find sustainable solutions to the systemic challenges in the sector,” said the union on Wednesday evening.

Some demands made by SAUS have been met, including:

“Following the above interventions, SAUS met with SRCs on the 30th of March 2021 and the meeting resolved unanimously to bring the #NationalShutdown to an end and immediately begin the process of encouraging all students who have been affected by the online process to go back to campuses,” said SAUS.

A follow-up meeting between the department, Universities South Africa, NSFAS and the National Research Foundation will be held on 9 April to finalise and resolve outstanding funding challenges and registration matters. DM

Disclosure:  Sune Payne attended CPUT during 2015- 2017 and then again in 2019 when she completed her Diploma and BTech in Journalism.