Not so fast, Mr President – South Africa’s voice of isiXhosa, Noxolo Grootboom, is about to sign off 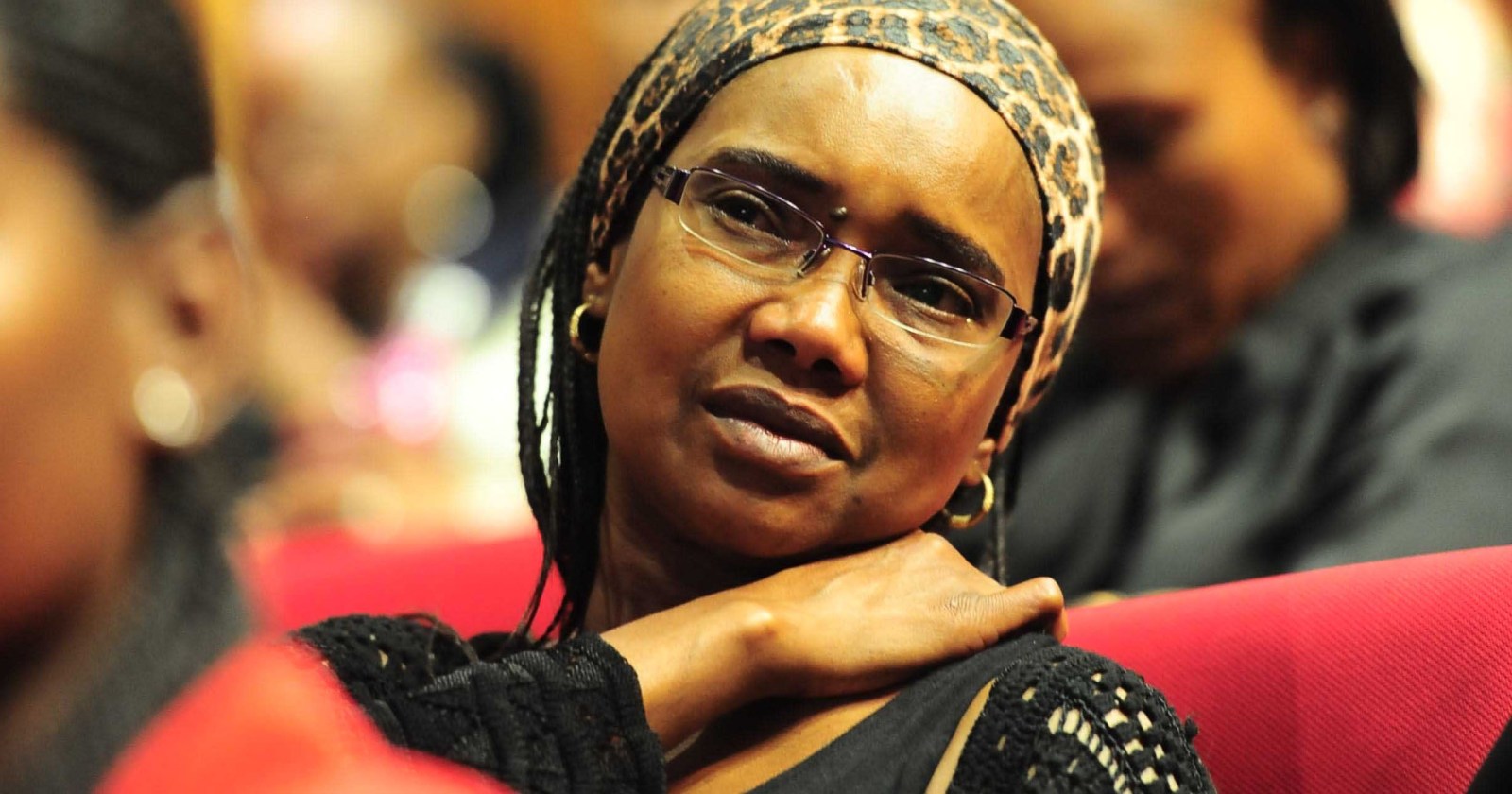 News anchor Noxolo Grootboom, who is retiring at 60, read isiXhosa news bulletins on the SABC for 37 years. On 30 March 2021, President Cyril Ramaphosa delayed his national address so as not to clash with the reading of her final bulletin.(Photo: Gallo Images / Sowetan / Thulani Mbele)

Ordinarily, presidential speeches are not delayed to accommodate news anchors’ last broadcasts. But this was the case on 30 March, when President Cyril Ramaphosa’s address to the nation was moved so it did not clash with the valedictory bulletin of legendary isiXhosa newsreader Noxolo Grootboom.

In an unprecedented move, President Cyril Ramaphosa’s Covid-19-themed address on Tuesday night was delayed by half an hour to allow the nation to watch the final SABC News bulletin to be read by Noxolo Grootboom.

When Ramaphosa did speak, he began by paying tribute to “a legend of South African broadcasting”.

Grootboom was “an outstanding journalist who, throughout her distinguished career, brought historical events in our country and across the world into the living rooms of our nation”.

Grootboom, who is retiring at 60, read isiXhosa news bulletins on SABC for 37 years, during which she became a national treasure for her inventive turns of phrase, her love for traditional dress, and her affectionate habitual sign-off line: “Ndinithanda nonke emakhaya” [I love you all at home].

A passion for isiXhosa language and culture set Grootboom apart. Many commented on social media that she did far more than read the news, using her position to educate the country and elevate the position of an indigenous language ignored and stigmatised under apartheid.

“She proved there is no action, no feeling, no technology that can’t be expressed in African languages.”

Former public protector Thuli Madonsela said Grootboom “made many fall in love with the Xhosa language even when they could not understand some of the words or phrases”.

Grootboom began her career at the SABC in the 1980s as a typist. Speaking to radio presenter Anele Mdoda on 947 on Wednesday morning, she said her big break came when a crisis meant there was nobody available to present the isiXhosa news bulletin.

Grootboom recalled that her boss, Hennie van Wyk, said: “Ek het ‘n Xhosa in my kantoor. Haal haar in!” [I have a Xhosa [sic] in my office. Bring her in!]

“As soon as I stepped in, I realised that my role was to develop isiXhosa,” Grootboom said.

“I’m not a trained journalist. My language was my degree.”

Her use of isiXhosa to deliver the news was highly intentional, often incorporating sophisticated verbal flourishes which sent some viewers scurrying for translations. Grootboom told Mdoda she stayed at the SABC for 37 years because the public broadcaster elevated isiXhosa in a way that other news outlets did not.

“[SABC] is still the best platform for me to say to the younger generation: isiXhosa is your heritage,” she explained.

During her career, Grootboom served as a mentor and supporter of many younger journalists. The BBC’s Lerato Mbele told 947 that when she started as a journalist at the SABC, Grootboom was one of the veterans in a “difficult” newsroom.

“People who would speak truth to authority, who would challenge us to step up to the plate, who would say, ‘Baby, you are good enough’.”

During her appearance on 947 on Wednesday morning, Grootboom said she was experiencing a “living funeral”: being honoured in a way normally reserved for those who have died. It was a reversal of roles for a woman who bore the humorous nickname “The Undertaker” at the SABC for her reliable presence at the broadcasts of funerals for Struggle stalwarts.

On social media there are calls for Grootboom to be given a National Order and an honorary doctorate, and for a studio at the SABC to be named after her. Another suggestion is that she serve on the SABC board.

Although Grootboom said that it had always been her intention to retire at 60 to spend more time with her husband and family, her exit came in the same week as the SABC confirmed the finalisation of the section 189 process ending in the shedding of 621 jobs. In this process, 346 employees have opted for voluntary severance packages and 275 have been retrenched.

The job cuts have been highly controversial, but the SABC board has maintained that they are critical to the financial stabilisation of a broadcaster drowning in debt.

What Grootboom’s retirement offered South Africa for a day was a reminder of the iconic figures produced by the SABC at its best.

One Twitter user paid perhaps the highest possible compliment to her: “As a kid, I didn’t know that the news was actually read. I thought Noxolo Grootboom was telling us about them from her head, because she was that phenomenal.” DM