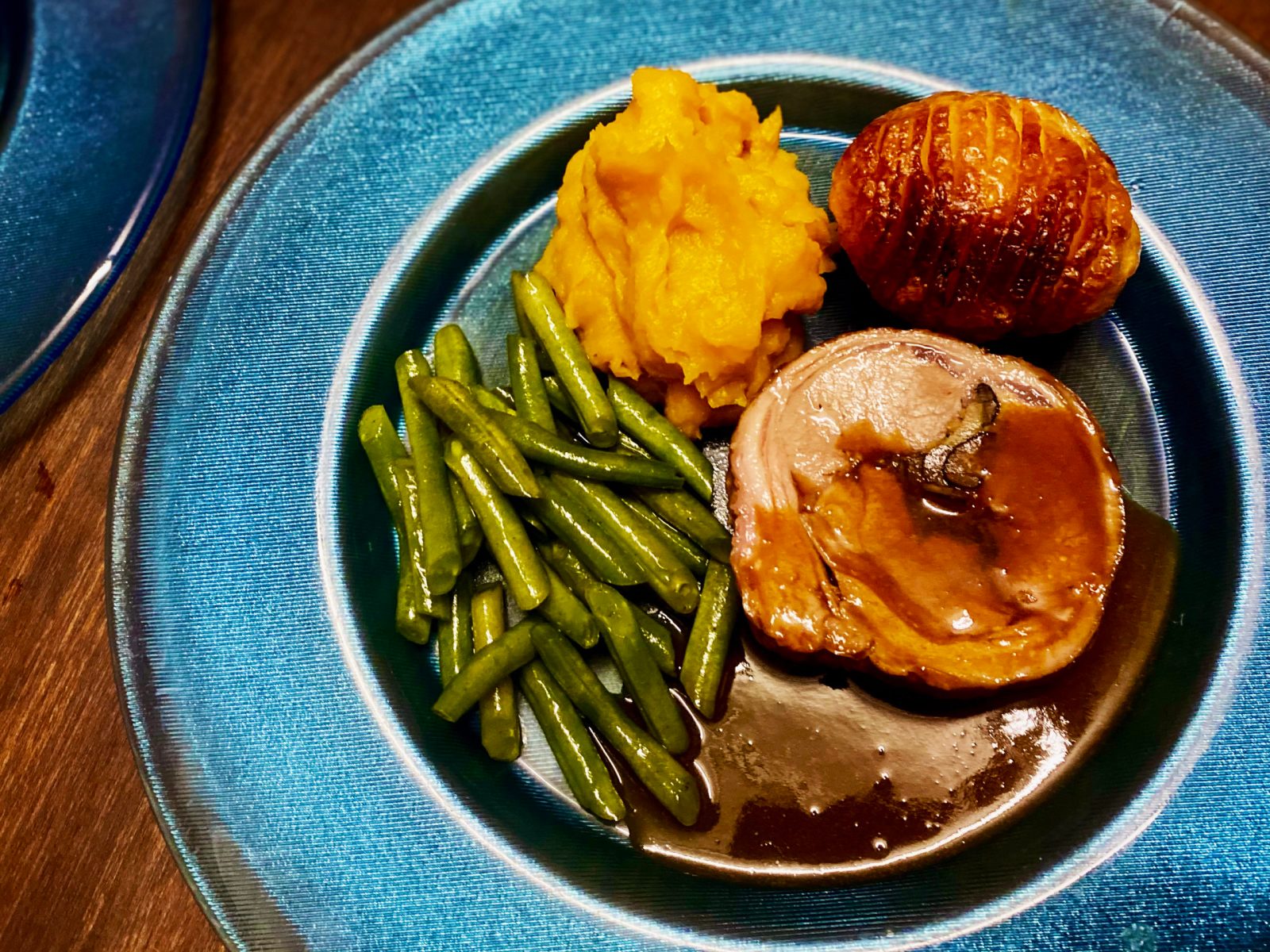 A saddle of a lamb doesn’t have to become tjoppies. Left intact, with the skin on, it can be stuffed to become a grand centrepiece for that dinner party you’ve been dying to have for a year.

1 saddle of lamb, deboned in one piece, skin intact

Zest of 1 lemon (not the juice)

Butter for browning the lamb

Debone the saddle, or ask your butcher to do it, leaving it in one piece. If you’re brave enough to do it yourself, I can vouch for it being quite a rewarding kitchen skill. The rule is simple: just follow the bones.

The saddle bone is part of the spine: a long central bone with smaller bones jutting out on both sides. You don’t need to worry about any meat in between, just fillet it much the way you would a fish, on one side, then the other. Just do not cut through the skin that connects both sides, as the boning gets very close to the edge at that point. As Olivia Newton-John said to John Travolta in Grease: Feel your way… you’ll know where to cut, it just makes sense. (Oh, and keep the bone to use for making stock.)

Lay the whole joint out on a large board or clean kitchen surface, skin side down. You’ll see two narrow, lean loins, one on each side, much like chicken tenderloins but larger. Remove those (they’ll virtually peel away) and keep them to one side. Season both sides of the saddle with salt and pepper.

In a pan, add a little olive oil and cook the shredded spinach with the garlic, stirring, until wilted and the moisture the spinach releases has cooked away.

Now place the two tenderloins alongside the stuffing, one on each side, so that they pretty much conceal the stuffing.

Fold the two flanks over, overlapping in the middle. Tie with kitchen string in about six places, around the saddle, then tie once more from end to end. It helps to have a friend to hand to hold the rolled joint together while you tie it up. Here’s a video demonstrating a sensible way to tie kitchen string around a joint of meat:

Brown the joint in butter on all sides, then place in a preheated oven, uncovered, to roast at 180℃ for about 90 minutes or until tender. In this instance, I was looking not for pink meat at the centre but just done, because in this case the centre of the joint is about the stuffing, not the pinkness. But be careful of cooking it too long as it will toughen.

I served it with buttered green beans and pumpkin infused with wilde-als (wild wormwood). And a rich gravy made from a lamb stock I had made from the bones of the saddle that I had cut away. DM/TGIFood