Alleged police brutality against students heads for the...

Alleged police brutality against students heads for the parliamentary floor 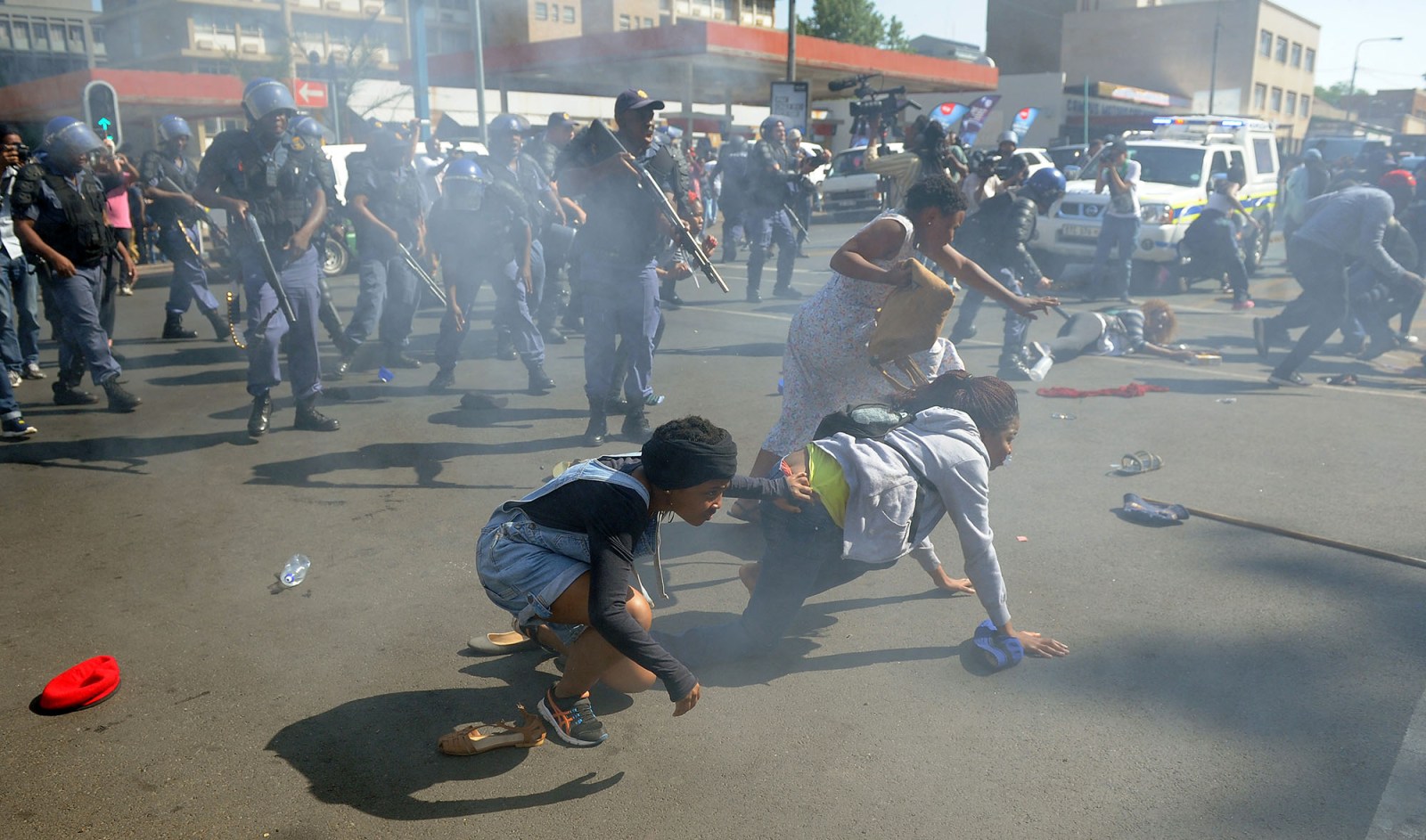 Addressing police brutality against students is one of the demands of the South African Union of Students in its call for a nationwide university shutdown.

Alleged police brutality during student protests will be the focus of an upcoming joint parliamentary meeting. This comes as students have taken their plight to Parliament, and universities say they only call in the police when protests get out of hand.

Philly Mapulane, the chairperson of Parliament’s higher education committee, says he is in talks with his police counterpart, Tina Joemat-Pettersson, to call for a meeting about alleged police brutality against protesting students. This meeting will be prioritised when Parliament returns after a constituency period and recess in April.

Mapulane told Daily Maverick the committee supported students’ call that police not be allowed to use rubber bullets or live ammunition during protests.

“Protests or protest action is protected by the Constitution – it is a fundamental right that every South African has, to express whatever dissatisfaction they have. It’s a matter that has to be protected,” he said.

Public Order Policing members needed training in how to manage and guarantee the right to protest, Mapulane said.

Addressing police brutality against students is one of the demands of the South African Union of Students (SAUS) in its call for a nationwide university shutdown. The demand calls for, “Justice for the family of Mthokozisi Ntumba, who was killed by police on the 10th of March 2021…. We demand an end to police brutality targeting protesting students. We further demand an end to the victimization of students and student leadership.”

However, in response, Minister of Higher Education, Science and Innovation Blade Nzimande only stated: “I am deeply distressed by the death of Mr Mthokozisi Ntumba in Braamfontein on 10 March. The issues relating to the police investigation into the matter will be dealt with by the Minister of Police.” He did not specifically mention issues related to police brutality.

A female student said police shot her in the leg during a protest in Johannesburg on 15 March, according to TimesLIVE. And the South African National Editors’ Forum has condemned the shooting of two female student journalists at Wits University, also allegedly at the hands of the police.

Daily Maverick approached universities to ask whether they preferred the SAPS or private security on their campuses during protests.

“Each situation requires a risk assessment. The university prefers engagement to resolve situations internally, first in consultation with its Risk and Compliance division,” said Gasant Abarder, the acting director: institutional advancement at the University of the Western Cape, where there are no protests at the moment.

At the nearby Cape Peninsula University of Technology (Cput), spokesperson Lauren Kansley said the university only calls in the SAPS when there is a risk to staff, students and facilities.

“We are duty-bound to protect these,” she said. “We rely on our own campus protection services in normal scenarios.”

There are currently no protests at Cput, but the institution has had a history of issues with private security, GroundUp reported in 2017.

At Wits, where most of the student protests are taking place, head of communications Shirona Patel told Daily Maverick: “Wits has not called the University word missing here…Police or Security, i guess on to campus this year, nor do we have the jurisdiction to summon the SAPS to manage protests in Braamfontein. Wits prefers to use private security so that the university can advise on how and where they are deployed.”

In a virtual media briefing earlier this month, University of the Free State rector and vice-chancellor Professor Francis Petersen said he preferred private security on campus, as the university could control the actions of private security, but not those of the South African Police Service (SAPS).

The SAPS was asked for comment, but could not respond by deadline.

Public order policing expert Dr Guy Lamb, a crime and policing lecturer at Stellenbosch University, said the planned meeting was a start to a conversation. Lamb said universities would only call the SAPS in when it was necessary, but this “tends to aggravate the situation”.

There were certain instances when police get involved, such as when protesters block access to roads or engage in acts of public disorder. Lamb said the situation was about public order policing and “how do they engage in these crowded situations”.

He said police reactions were down to how a crowd behaved, but said the Disaster Management regulations could give “police carte blanche”.

Students have the right to protest, said Lamb, and suggested more organisation when it came to student protests. He suggested reducing risks by having marshals and spokespeople available to speak to police. Organisation needed to come from both sides, including having well trained police. Lamb suggested going back to the recommendations of the Marikana report, which dealt with the training of public order police during protests.

Meanwhile, the Saus-led university protests continue, with Nzimande and SAUS expected to have a meeting on Thursday to discuss possible solutions. DM