Ferial Haffajee, we are now on opposite sides of a battle that will have to be fought to its final conclusion 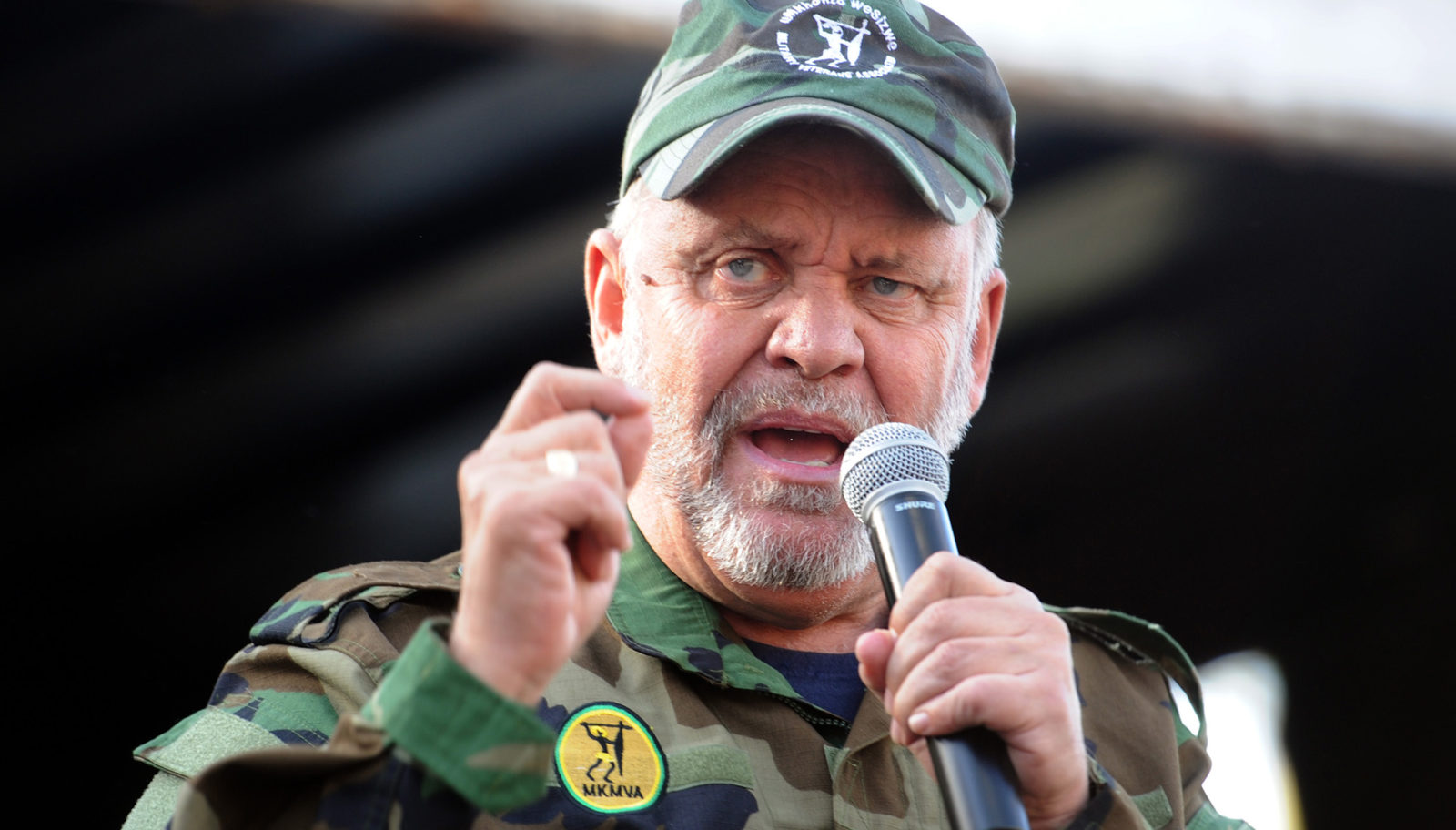 In pursuit of your neoliberal agenda, you complain that my RET paper is written as if ‘the ANC has not been in power for 27 years’. You present the blatant lie that the ANC has been in control of our economy since 1994. It has never really been in power. White monopoly capital retained – and even increased – its stranglehold on economic power.

Response to article titled: Carl Niehaus tables radical economic transformation plan ahead of Ace Magashule’s campaign for ANC president, and other articles and correspondence between us.

As President Nelson Mandela said to FW de Klerk after the latter attacked, and misrepresented, him at Codesa: “You thought I will remain quiet, and let you get away with your lies. I am speaking now!” Similarly, I am speaking now in response to the lies that you peddled in your attack – I will not dignify it by calling it an article – on Radical Economic Transformation (RET), the secretary-general of the ANC, and myself.

In pursuit of your neoliberal agenda, you complain that my RET paper is written as if “the ANC has not been in power for 27 years”. Therein lies the rub, that you present the blatant lie that the ANC has been in control of our economy since 1994, while it has not been.

With the advent of democracy, the ANC as the party that received the majority of the votes managed to get into office, but it never managed to gain control of the economy of our country. Thus, it has never really been in power.

The whole intention of the negotiated settlement was exactly to achieve that goal. Sadly, it was achieved, with the biggest losers being the majority of poor black (especially African) South Africans, while white monopoly capital (WMC) retained – and even increased – its stranglehold on economic power.

As a consequence, the African National Congress remains a contested movement. The majority of poor black South Africans suffer the harsh reality of the ANC’s negotiated powerlessness on a daily basis. Together with them, many ANC members like myself resent and challenge that powerlessness and are engaged in a fierce battle of ideas to change it. In doing so we critique and challenge the neoliberal trends as expressed in Gear, “trickle-down theories” and “inclusive growth” that continue to underpin the subjugation and exploitation of the black majority by a minority that remains overwhelmingly white (and male).

We are unapologetic that our challenge to neoliberalism and neocolonialism must ultimately translate into taking control of the means of production, as envisaged by the Freedom Charter, including the nationalisation of the major sectors and drivers of our economy – including the banks and the South African Reserve Bank.

The biggest lies in your propagandistic attack are that the state has regulatory power, which in your words, “it wields like a samurai wields his sword”, and that this “power” is backed by pension funds “owned largely” by black South Africans. This supposed “power” is poppycock, and you know it!

Under apartheid, black people also had pensions, and their pension savings were also invested in big financial entities such as Sanlam and Old Mutual. Did these black pensioners have power? Of course not! Their savings were controlled by white people, and white people used the savings of black pensioners to enrich themselves and to remain in power.

Is it any different today, 27 years after the advent of our democracy? Absolutely not. Even by your own admission, control of the asset management industry is “not diverse by employment or ownership of the major firms”, and thus remain in white hands. However, you still make the incongruous jump to your next blatant lie, by claiming that the “ultimate owners” of what is white monopoly capital are “often black pensioners”.

It is like saying that the majority of black people deposit money into our banks, and therefore they control the banks. It is downright silly!

Ms Haffajee, you know as well as I do that those who control the hard-earned pension savings of black (especially African) pensioners – and who by your own admission are still overwhelmingly white – are the ones who are in power, and are the main benefactors. This is also true for the Public Investment Corporation (PIC), because behind the black pension funds of the PIC are white-dominated asset control companies. Nothing fundamental has changed. The very same apartheid logic, and power dynamic, is still firmly in place. These whites are the true samurai continuing to wield their swords!

What my RET paper demands is that we urgently need black- (especially African) controlled investment and asset management vehicles. However, this is not going to happen until the ideals of the Freedom Charter are implemented, and our ANC-led government takes control of the means of production – the most important of which has to be the nationalisation and ownership of all land, and the mineral wealth of our country.

Until that happens, white control of the means of production will continue to determine the power balance in our country, and the subjugation and exploitation of black South Africans will continue unabated.

Inequality in our society is fundamentally racialised. Race, and racial control of our economy, is the structural determining factor of who is in power, and who prospers and who perishes. If we do not confront this basic reality, it is racial denialism.

You see, Ms Haffajee, that is why I called you out in several of my tweets for being a race denialist. Underlying this fundamental racial inequality in South Africa is immense exploitation and suffering, but you go out of your way to problematise the articulation of suffering from the African standpoint.

When I point out that 56% of individuals live in poverty on less than R1,000 a month, you accuse me of using statistics as “damned lies”. This you do while acknowledging that this statistic is in fact correct, but then you immediately undermine this terrible reality by claiming that the social grants system makes it not really so bad.

Really now, if the statistic that I refer to is correct, then why do you call it a lie? Do you realise how pitifully little a social grant is? The child support grant, which accounts for 70% of the social grant system is just R440 a month by 2020 statistics. Try to raise a child on that, I want to see something! This is callous propaganda writing, intentionally trying to deny the hardships of African people. Do Africans not have a right to voice their suffering, and what is happening?

Let me address another two of your propaganda lies:

First, you claim that the shareholders of the South African Reserve Bank (Sarb) earn a pittance, and have no say in monetary policy. By stating this you try to argue that their shareholding is insignificant to the point of being irrelevant, and that therefore it is not necessary to bring Sarb into full national ownership. You deliberately ignore the important developmental role that Sarb should play. If the shareholders earn a mere pittance, why don’t they then just give up their shareholdings? You know very well why, but for the sake of the readers of Daily Maverick let me spell out the obvious: They hold on because they want to control – no, actually prevent – the critical role that Sarb can, and should, play in promoting a developmental state agenda.

In response to my letter to your editor, requesting the right of reply, you wrote back to me claiming that your response to me was based on your “long years of work looking at the democratic gains made in South Africa” – which you described as “a paean of progress”. This statement in itself defines how far you and I are removed in our respective assessments of the South African reality, and underscores our difference in understanding of what ought to be done to ensure black empowerment, justice and full liberation.

Oh, and by the way, I know that the source who then “leaked” that poisonous Stratcom-like cocktail of half-truths and lies about me to you is still the same “source” who tipped you off about my continued employment in the secretary-general’s office now, and tried to cast aspersions that I am somehow involved in a fallacious “presidential campaign” for the secretary-general.

As far as your syrupy story that your only personal recollection regarding me is of the 1980s when you (together with other pupils) boycotted school to attend my, and my former wife Jansie’s, treason trial, and that we were heroes of yours then…

Well, that was a long time ago, and a lot of water has since flowed under the proverbial bridge. Evidently, those days are over. We are now on opposite sides of a battle that will have to be fought to its final conclusion.

One thing I can assure you: I am not going to back off. So, there you have it, bring it on! I am ready for you. DM