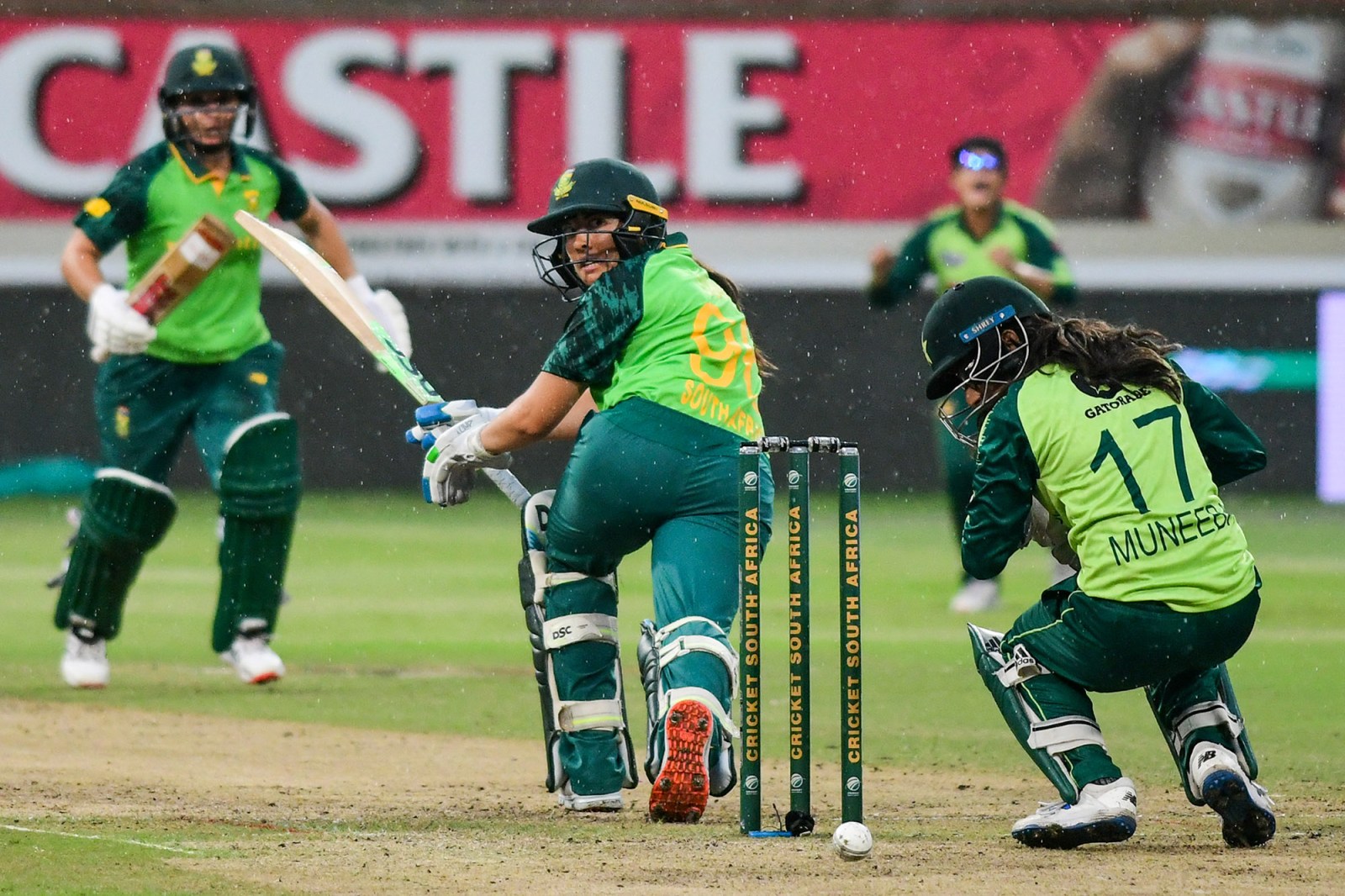 One of the best performing teams in the Covid-19 era, the Proteas women, are on a mission to conquer the cricket world one tour victory at a time.

The Proteas women have just done the double over a historically tough opponent in India, on Indian soil. It’s safe to say that the Protea garden is blooming brighter than ever at the moment.

Hilton Moreeng’s side vanquished the Asian nation 4-1 in the one-day international (ODI) series and then 2-1 in the Twenty20 international series. The victories will be that much sweeter after they were dominated by the Indians in both formats the last time they visited the subcontinent in 2019.

The T20I victory also marks the first time ever that the Proteas have been successful against 2020’s T20I World Cup finalists in the shortest international format of the game.

“I think we’re starting to click together. And performances are coming left, right and centre from each player. So, it’s just awesome that we have that momentum at the moment,” said star batter Laura Wolvaardt recently.

“We hope to keep going as long as we can… If we can just ride this wave and keep this confidence up for a long time that will be awesome.”

The wave that she alludes to has seen the team surfing their way to success against New Zealand at the beginning of 2020, whom they whitewashed in a three-match ODI series on the White Ferns’ home soil.

They then carried that momentum over to the T20I World Cup in Australia, where they fell in the semifinals to the hosts and eventual champions.

If it wasn’t for the advent of a global pandemic in the form of Covid-19, they might have revelled in even more success. But it wasn’t to be as they were forced into a 10-month sabbatical due to the pandemic.

They’ve emerged from that quarantine period much like a butterfly from a cocoon and stung everything in sight like a bee.

Prior to the success in India which they are currently savouring, they flexed their muscles against Pakistan on home soil as they played their first matches in the Covid-19 era. The displays were efficient, although quarantine sloppiness crept in at times, particularly in the batting and fielding departments.

Fortunately for Moreeng’s charges, the bowlers were up to the task, and spearheaded by the sensational Shabnim Ismail, did most of the heavy lifting to pull the team out of tight situations and see the Proteas victorious in both the ODI and T20 series versus the Pakistanis.

In India, as hinted by Wolvaardt, the team put on a much more well-rounded display across all disciplines. Although, those wielding the willow such as the opener herself, as well as the likes of Lizelle Lee and Lara Goodall, shone the brightest.

For a Cricket South Africa (CSA) plagued by countless boardroom shenanigans in recent times, the Proteas women have been a shining light. They have represented the country admirably and shown that, provided the necessary support and resources are afforded, women’s sport can flourish and blossom.

“Our ladies continue to go from strength to strength,” commented CSA acting chief executive Pholetsi Moseki after the Proteas sealed the T20 series against India with a game to spare.

“What has really stood out on this tour is the way we are building our depth which has enabled us to keep winning against one of the strongest teams in world cricket in spite of being without such stalwarts as our captain, Dane van Niekerk, and Chloe Tryon [through long-term injuries].

“Many of our players have become household names around the women’s cricket world and they are much in demand for domestic T20 tournaments abroad. Our head coach, Hilton Moreeng, is clearly running a very good ship at the moment that is riding the crest of the wave.”

As well as the squad’s depth, which was made apparent on the Indian tour, is the balance between youth and experience that the Proteas coaching staff and selectors have managed to strike.

In addition to having the experience of stalwarts such as Ismail, Marizanne Kapp, Trisha Chetty and Ayabonga Khaka, the team has  Wolvaardt (21), stand-in skipper for this tour – Suné Luus (25), Nonkululeko Mlaba (20) and Nadine de Klerk.

The latter group, already with heaps of experience under their names, are set to play for many more years and are capable of leading a charge of world dominance by the Proteas.

Moreeng has been in charge of the team since 2012, and has overseen a steady and solid growth for the team. Last year, following the T20 World Cup, his contract expired and he had to reapply for the position of head coach.

CSA, with director of cricket Graeme Smith leading the process, opted to retain Moreeng and place their faith in his ability to bring the best out of the team.

“Hilton and Dané van Niekerk have formed an impressive leadership team for the Proteas and Hilton’s reappointment also means there will be consistency on the road ahead,” Smith said when the coach was reappointed.

That decision looks to be paying dividends at this point.

The collective eyes of the team will now be on the prize it, and South Africa as a whole has coveted for quite some time now – a cricket World Cup. And the next opportunity to make this dream a reality will be in New Zealand in March 2022, at the ODI World Cup.

Moreeng says that even though they have no set tours for the immediate future, they will continue working towards preparations for the global showpiece when they return back to South Africa from India.

“Currently nothing is planned as far as tours. It gives us an opportunity to regroup as a team and make sure that we can get everyone fit for a possible tour,” Moreeng told journalists. DM