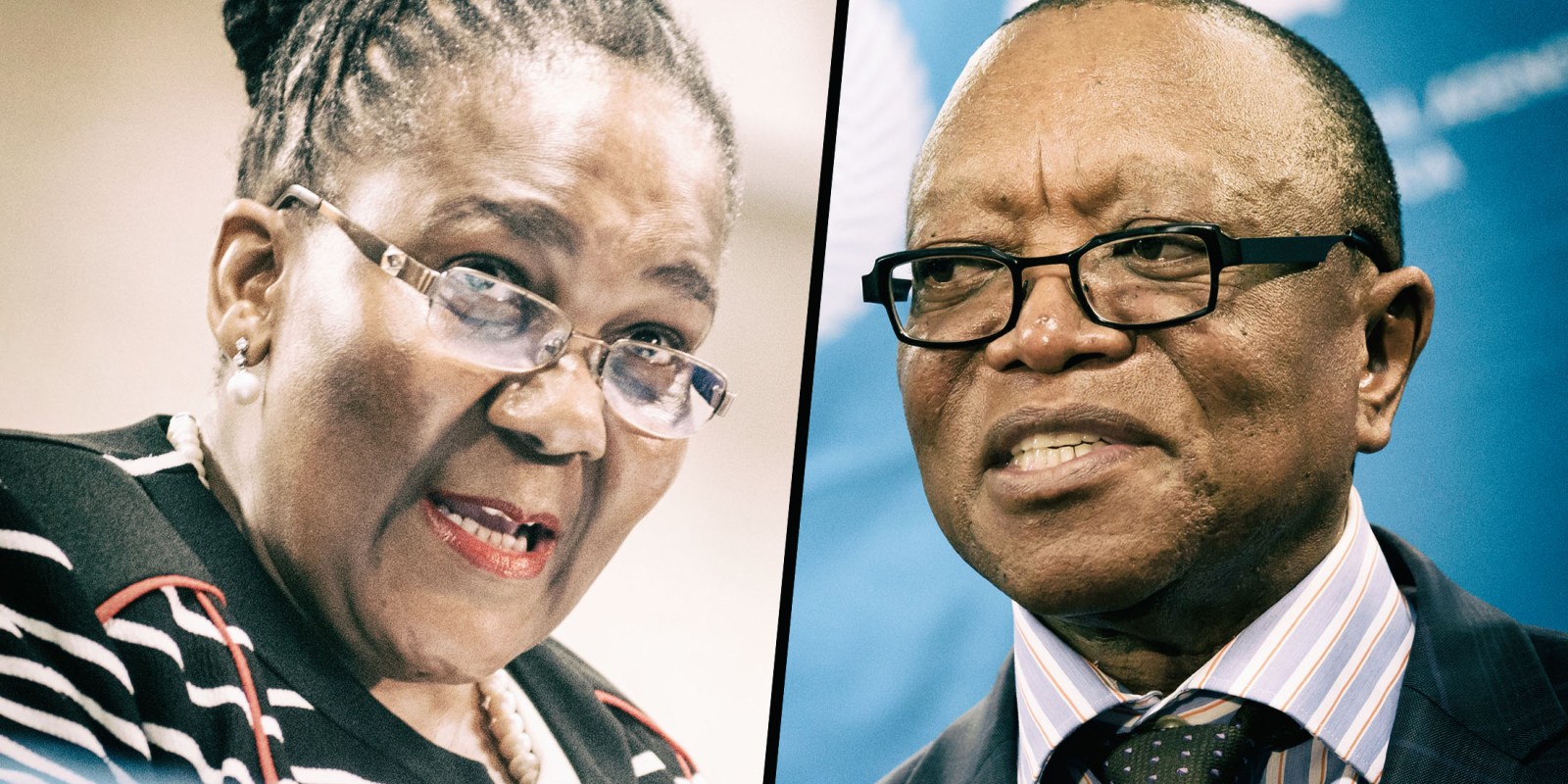 The apparent irrationality of former transport minister Dipuo Peters’ decision to dismiss the entire board of the Passenger Rail Agency of South Africa (Prasa) in March 2017 was exhaustively interrogated at the Commission of Inquiry into State Capture on Wednesday.

Dipuo Peters’ dismissal of the board chaired by Popo Molefe came at a time when the Passenger Rail Agency of South Africa (Prasa) was, by her own admission, mired in allegations of corruption, including the R3.5-billion Swifambo locomotive contract.

The commission, chaired by Deputy Chief Justice Raymond Zondo, heard from Molefe in July 2020 that Swifambo Rail Leasing, a front company set up by its director Auswell Mashaba, paid money to the ANC from the corrupt deal for locomotives that were too tall to operate on most of South Africa’s rail network.

Molefe told the commission that funds from the deal “were being diverted to somebody else, which turned out to be for the movement”.

The “somebody” was Angolan businesswoman Maria da Cruz Gomes, who is believed to be close to former president Jacob Zuma. City Press has reported that she, and lawyer George Sabelo, who is business partner to Zuma’s son Edward, are believed to have received R40-million each from the deal.

The timing of Peters’ 8 March 2017 dissolution of the Prasa board led evidence leader advocate Vas Soni to believe the decision was not simply a matter of the minister being irrational.

Her decision was communicated just three months before the board’s three-year term was about to end, and read out at a parliamentary committee on transport meeting with the board by the acting director-general Mathabatha Nokonyama. Peters wasn’t at the parliamentary committee meeting because, she told Zondo, she was gravely ill at the time, having been admitted to high care in hospital.

Under questioning by Soni, she said she could not remember the reasons she gave, if any, for firing the board.

A month later, the High Court in Pretoria reinstated the board, ruling that Peters’ decision was arbitrary and irrational.

Prior to the court’s decision in April 2017, she was removed as minister in a Cabinet reshuffle on 30 March 2017.

She said if she had still been the minister when the court handed down the judgment, she would have appealed.

Soni said he was intrigued that it was apparent from DA MP Manny de Freitas’s testimony there was strife between members of the parliamentary committee on transport. De Freitas in 2016 pushed for Parliament to investigate reports of R51-billion in dodgy tenders, which irked the committee chair, Deputy Transport Minister Dikeledi Magadzi.

Molefe, who was seen to be trying to clean up Prasa, clashed with ex-Prasa CEO Lucky Montana even after Montana resigned in 2015, after which Zuma allegedly wanted him reinstated.

“What emerges from what is publicly available is that ANC MPs wanted Molefe’s board out,” said Soni. “We as a commission need to examine all developments to see if there’s a pattern.” That Peters was ousted by Zuma after firing Molefe’s board did not fit the pattern, which Soni said “intrigues me”.

Peters said she “could not respond to that”, but went on to deliver an emotive monologue about how she had been patient with the board and had engaged with them on “issues of performance” and had been “very patient on requesting them to focus on core issues” and how she felt like crying when Prasa had underspent and had to give money back to the revenue fund and how she told Molefe that while he was “chasing the thieves” he was neglecting to focus on his “core responsibilities”.

She went on to liken Molefe’s behaviour to chasing someone who set a house on fire instead of putting the fire out.

Soni then asked her if she included these reasons in the answering affidavit she would have provided to the North Gauteng High Court ruling on the legality of her dissolution of the board. Peters replied: “It is difficult to recall that answering affidavit.’’

In the end, Peters said years of fighting with the board under Molefe had built up and she had “reached her tether’s end (sic)”.

Soni pointed out that the late Auditor-General, Kimi Makwetu, stated in his affidavit the instability at Prasa was due to its having no permanent CEO since Lucky Montana resigned after the Public Protector’s Derailed report in 2015. (A new CEO, Zolani Matthews, has only just been appointed — on 27 February 2021 — but is too old for the job.) There was a period in 2016 when the board was not quorate because a National Treasury representative had not been included. Yet, Peters axed the board just three months before its term was up, adding to the instability.

Peters responded that she did not create more turmoil, but “created an opportunity with the interim board”.

Soni retorted that was exactly Makwetu’s point, that everyone was in an interim position.

Additionally, the parliamentary portfolio committee on transport had just agreed on a parliamentary inquiry into corruption at Prasa when she dismissed the board. The inquiry was subsequently scuppered.

Peters eventually conceded that she may have acted irrationally, but her actions were not the result of any external pressure.

The Commission of Inquiry into State Capture continues on Thursday with former Eskom CEO Anoj Singh returning to the stand at 10am, and former Eskom board member Mark Pamensky giving evidence at 4.30pm. DM