Criticism of late monarch erupts ahead of private funeral on Wednesday 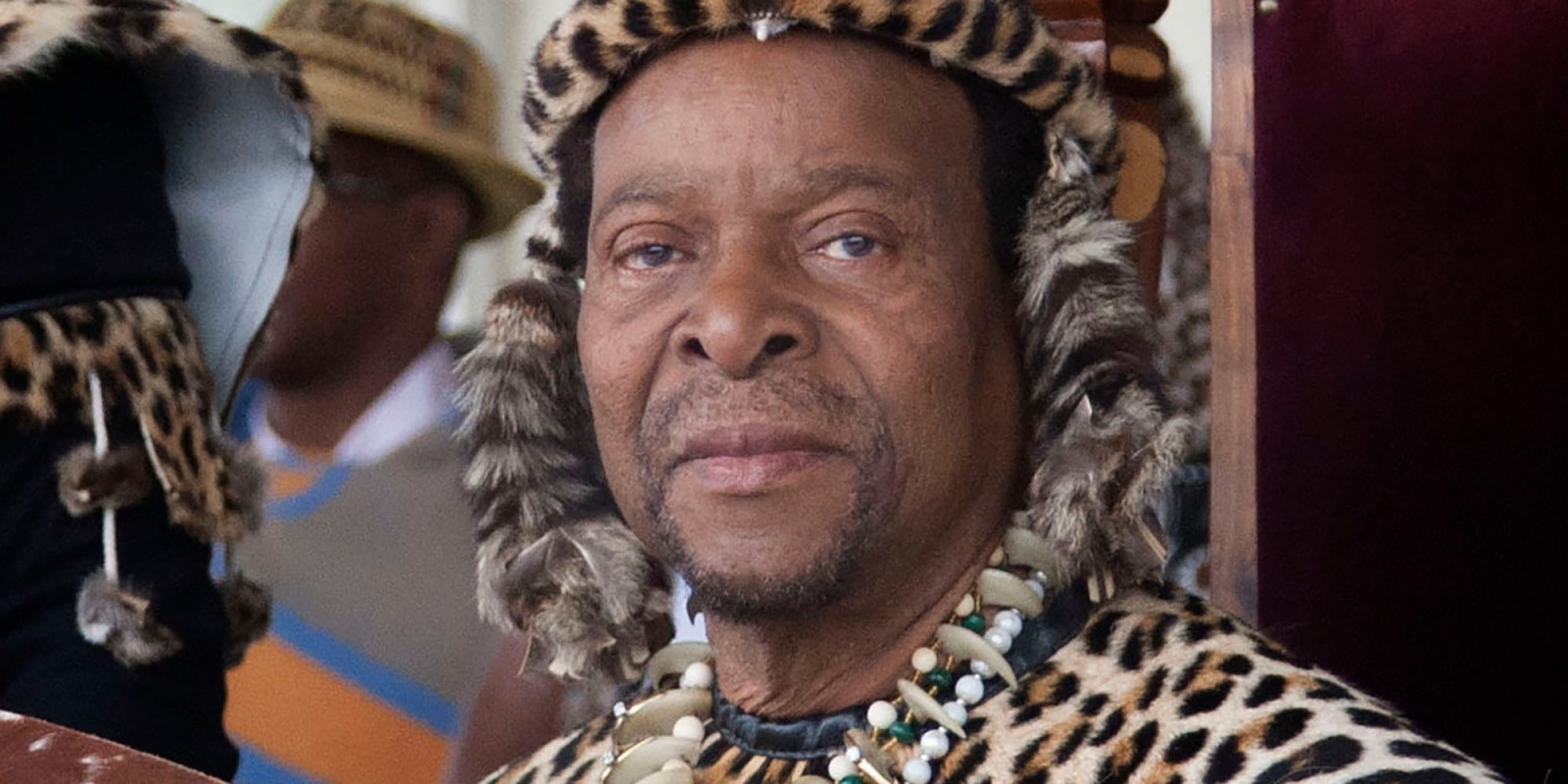 Zulu King Goodwill Zwelithini, who died on Friday, will be buried during a private night-time ceremony on Wednesday, 17 March. Only close male family members will be permitted to attend the funeral. While some celebrated the Zulu nation’s longest-reigning monarch, others criticised his controversial legacy.

News of Zulu King Goodwill Zwelithini kaBhekuzulu’s death on Friday, 12 March, has been met with split opinions about his legacy.

The Zulu nation’s longest-reigning monarch succumbed to a Covid-19-related illness at Inkosi Albert Luthuli Central Hospital in Durban where he had been admitted to the ICU for diabetes treatment a few weeks earlier. He was 72.

As tributes poured in following the news of his death, the late king was hailed as a “champion for peace” a “custodian of Zulu traditions and customs” and a “much-loved visionary”.

But these sentiments were not shared by all.

City Press editor Mondli Makhanya wrote a scathing op-ed where he referred to Zwelithini, who reigned for nearly 50 years, as “apartheid’s useful idiot”.

“Zwelithini should be remembered for what his most prominent role was in our history: a useful idiot in the hands of the apartheid government, whose willingness to lend his powerful position to the service of that regime cost tens of thousands of lives,” he wrote.

Makhanya was referring to the bloody wars that broke out between followers of Inkatha and the ANC in the 1990s, before South Africa’s first free elections. He accused Zwelithini of working alongside Mangosuthu Buthelezi and “white supremacists” in an attempt to derail democracy by fanning the flames of Zulu nationalism.

Both writers lambasted the Ingonyama Trust, which controls 2.8 million hectares of communal land in KwaZulu-Natal and of which Zwelithini was the sole trustee. The Ingonyama Trust Act, which came to be moments before the 1994 elections, has been criticised as “unconstitutional” and in Makhanya’s words, “reduc[ing] millions of people to second-class citizens”.

It is believed that the government will intensify efforts to dissolve the trust now that the king has died. In 2017, a high-level investigation led by former president Kgalema Motlanthe made findings against the legitimacy of the trust’s controversial lease programme.

In response to both articles, Buthelezi, who was the traditional prime minister to the late monarch, wrote:

“Tragically, however, we have been pierced to the heart by the vulgar lies splashed across two national newspapers, by the editor of City Press and in the obituary of the Sunday Times. His Majesty the King has not yet been laid to rest. Yet, while a nation grieves, these journalists have taken it upon themselves to ridicule our pain. One cannot fathom such sadistic cruelty.”

This comes as plans for Zwelithini’s burial emerged on Sunday. Initially, President Cyril Ramaphosa had afforded the king a Special Official Funeral Category 1.

But, in a statement, Buthelezi confirmed that Zwelithini would be laid to rest in a private burial on Wednesday. Buthelezi said the state funeral would instead be a memorial prayer service on Thursday 18 March. This follows meetings of the Zulu royal family which took place on Saturday.

Speaking to the media outside kwaKhethomthandayo Royal Palace in Nongoma, Buthelezi said Wednesday’s burial would take place at night and would only be attended by close male family members as per tradition.

Two of the late king’s sons who recently died, Prince Butho and Prince Lethukuthula, were also buried at night.

The monarch’s body was collected from Durban by a delegation of traditional leaders and amabutho (Zulu warriors) on Saturday and delivered to a mortuary in Nongoma rather than one of the royal palaces as would be tradition.

His body will not be laid in state for public viewing, the royal family said, as a precaution against the spread of the coronavirus. Buthelezi urged mourners not to travel to Nongoma to pay their respects, as crowds would “place lives in jeopardy”.

Over the weekend, controversy broke out among the royals when in front of the media Buthelezi claimed he was being sidelined and accused members of the royal house of going behind his back to have the king’s body transported to each of the six royal houses as per custom – a clear health hazard.

“I’d asked that the king’s body be embalmed, but I heard they went behind my back saying it must not be done. We know the king passed away due to Covid-19 complications and how dangerous it is if the body is not treated carefully. They decided without my knowledge to take the body to all the palaces,” said Buthelezi. DM