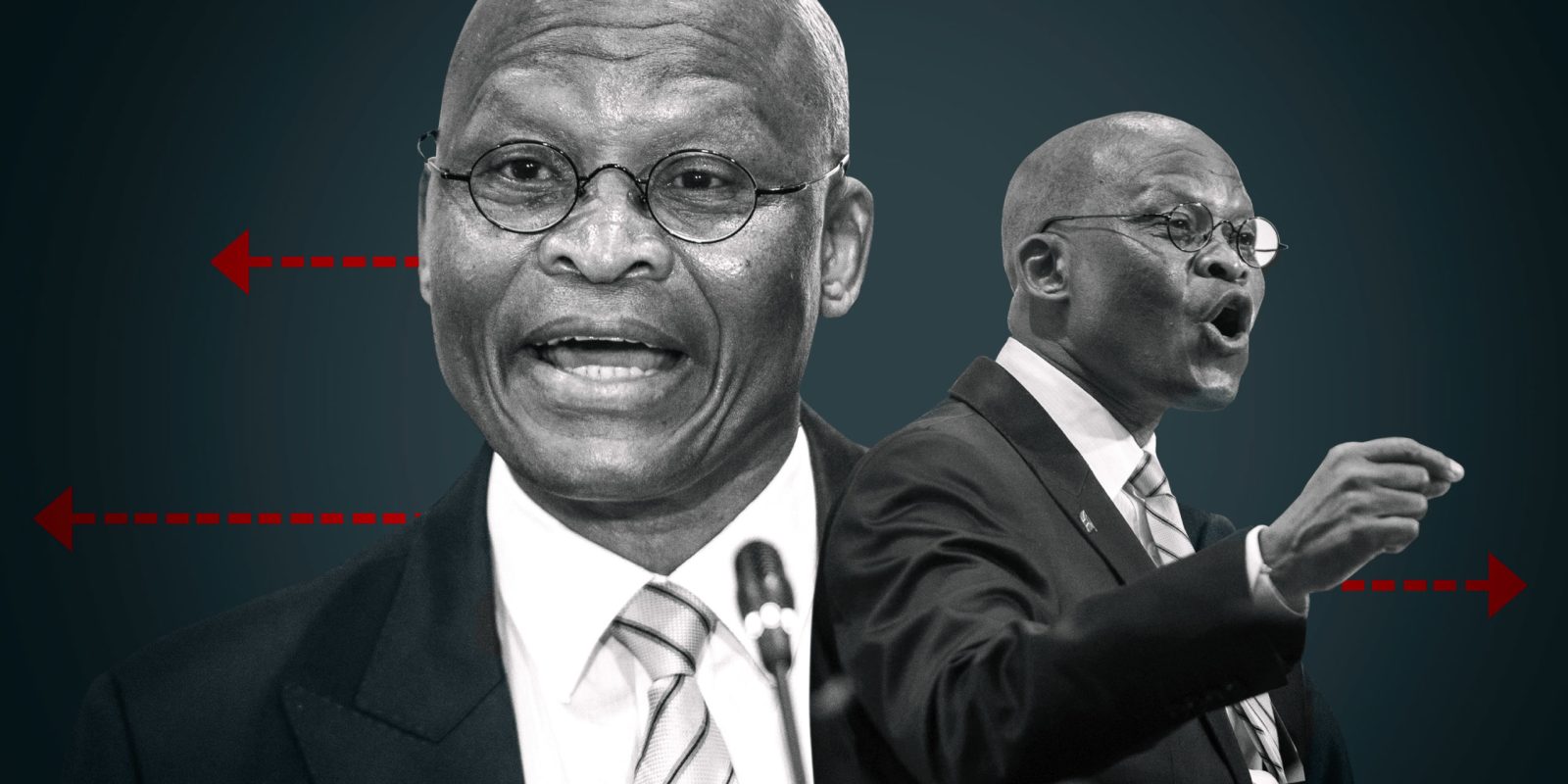 While the recent findings against the Chief Justice may give the impression that SA’s judiciary is sharply divided and is thus vulnerable to political pressure, they could actually strengthen the judiciary because they show the system of regulation works.

South Africa’s judicial sphere sometimes appears almost as turbulent as its political one. Of course, the two are interlinked. But the current tempest involving the Chief Justice, Mogoeng Mogoeng, and his comments about the Middle East and the Palestinian-Israeli conflict reveal certain dynamics within our society.

It comes at a difficult time for the judiciary, as it appears that some politicians are trying to put much pressure on judges. Last week the Judicial Conduct Committee (which falls under the Judicial Service Commission) found that Mogoeng was guilty of (to paraphrase) failing to minimise the risk of conflict with his judicial obligations, being involved in extrajudicial activities incompatible with the impartiality of a judge and failing to respect the separation of powers.

In short, these findings relate to two comments:

The first was during a webinar last year arranged by the Jerusalem Post in which Mogoeng said that he believed our government should be more even-handed in the Israeli-Palestinian dispute.

The second relates to a comment he made when it became apparent that his comments had caused a furore and complaints were going to be lodged against him. He said: “I stand by my refusal to retract or apologise for any part of what I said during the webinar. Even if 50 million people were to march every day for 10 years for me to do so, I would not apologise. If I perish, I perish.”

The committee said that he must apologise and retract that comment, and apologise for his earlier comments about the Middle East.

One of the reasons for this is that he has said, virtually in advance, that he would not apologise or retract his comments, which meant he was showing that he did not properly respect the committee or the other machinery which regulates judges. As a result, they explicitly ordered him to retract his “50 million people” comment.

He still has time to lodge an appeal, and if he were unhappy with that process he could challenge the findings in court.

One of the reasons for the heat around this issue is its simple ingredients: the Middle East, South African politics, race and identity, the personage of the Chief Justice and religion.

It was always inevitable that any comment relating to the subject from someone bearing his title was going to elicit a huge reaction.

One of the more intriguing aspects of this matter is how the Palestinian-Israeli conflict can have reflections in our society based on racial and political identity.

The ANC makes no secret that it sides with the Palestinians, as they feel their situation has a huge resonance with apartheid and SA’s history. The ANC has often compared the policies of the Israeli government with apartheid, particularly around what they refer to as the “apartheid wall”.

The apartheid government, famously, did business with the Israelis (who, it is thought, supplied Pretoria with the knowledge to build atomic bombs). Culturally, white South Africans sometimes saw themselves as having similarities with Israelis, an example of which can be found in at least one popular novel, by Wilbur Smith at the time.

Where South Africans stand on the Middle East (and perhaps on Cuba) can often be defined by their political identity (the SACP has asked Mogoeng to apologise, the trade union federation Saftu has said he should apologise or resign) and sometimes even their race.

Chief Justice Mogoeng upends all of that.

He gives the impression of supporting Israel, perhaps because of his religious identity, though it is important to point out that while he said during the webinar that he loves Jews, he also said he loves Palestinians.

As a result, the debate may take on a different texture to what we normally see.

A much bigger question arising from the Mogoeng ruling may now be around how it upends the status quo ahead of the incoming showdown between politicians and the rule of law.

Former president Jacob Zuma has said that he will defy the Constitutional Court’s order that he testify before the Zondo Commission – in effect daring the entire criminal justice system to arrest him.

Mogoeng now has to ponder whether the last few months of his Chief Justiceship should be spent fighting over this issue, which he would surely find embarrassing.

The Constitutional Court is due to hold a hearing on this on 25 March and has to decide whether his failure to testify now constitutes contempt and whether it should agree to Judge Zondo’s recommendation of a jail sentence.

It does not take much imagination to see how the judiciary will be considered weaker because its top official, the Chief Justice, has been found guilty by the Judicial Conduct Committee, and his deputy, Judge Zondo, has made his opposition to Zuma well known in advance by virtue of chairing the State Capture Commission.

Zuma could argue that he cannot trust a process involving Mogoeng as a result of this (even though he nominated him as Chief Justice).

However, there is another way to look at it.

The fact is that in this case the system worked.

In stark contrast to how the Judicial Service Commission dealt with the first case against Western Cape Judge President John Hlophe, here the (relatively new process involving a Judicial Conduct Committee) system actually delivered a result and has an appeal mechanism. Everyone knows where they are, anyone can read the judgment and decide whether they agree or disagree with it.

This is in stark contrast to how Hlophe was treated a decade ago, where a decision was made by a committee sitting behind closed doors, and the identities of those who voted and in which way were kept secret. (The Supreme Court of Appeal eventually overturned the first decisions against Hlophe which decided not to continue with the case against him, not because there was no evidence, but because the committee decided that cross-examination of the complainants and Hlophe would not achieve a result).

This shows that judges can be, and are being, regulated and this might actually generate more trust in the judiciary among the general public.

Mogoeng now has to ponder whether the last few months of his Chief Justiceship should be spent fighting over this issue, which he would surely find embarrassing.

However, there can be no doubt that Mogoeng holds his view honestly and fervently. This may make it difficult for him to now recant. How do you retract a comment that, “Even if  50 million people were to march every day for 10 years for me to do so, I would not apologise. If I perish, I perish.”?

For President Cyril Ramaphosa, who has repeatedly stated his support for the rule of law and the judiciary, this may pose a problem.

One way around this might be to change the focus.

While Mogoeng has important legal and political sway within the judiciary, he could be weakened in one fundamental way. His term only has several months to run. Ramaphosa may have the option to announce now who he will nominate to replace him as Chief Justice when his term expires. This could lessen Mogoeng’s influence. People would look to the new person coming into the post for signals of direction, and perhaps even for guidance.

Of course, this could have other consequences. Mogoeng might feel undermined by the president, and could even say so in public.

As always, when there is turbulence within a particular sphere, it is difficult to make accurate predictions. However, this is also a moment when the Judicial Conduct Committee has asserted its authority. That may mark the beginning of a new, calmer and more precise chapter for our judiciary. DM