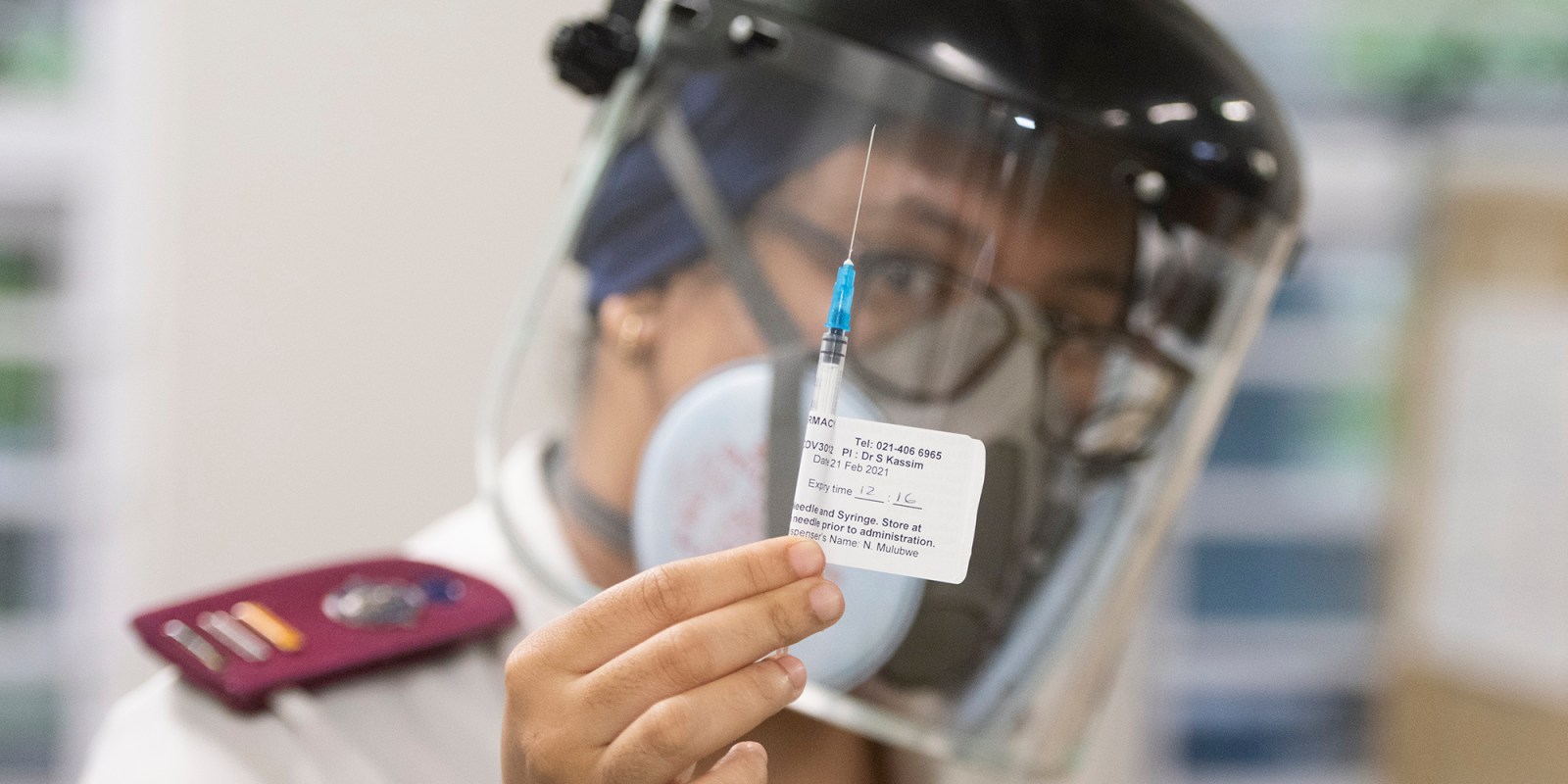 A nurse displays a syringe containing a Covid-19 vaccine. There are currently 36,835 active cases in the Western Cape, which is also seeing an average of 2,439 new cases each day. (Photo: Gallo Images / Brenton Geach)

With South Africa going back to Level 1 Covid-19 restrictions, the Western Cape health department has urged residents not to let their guard down, especially as a third wave of Covid-19 infections looms.

By Thursday afternoon, the province had registered 275,878 cases of Covid-19, with 3,254 active cases, according to the latest available data. In the Western Cape, there have been 11,240 Covid-19 related deaths.

The chairperson of the committee, Mireille Wenger, said a potential third wave and vaccine roll-outs were “two very important issues on everyone’s lips”.

A big issue highlighted by Cloete was that “people relaxed their behaviour” when SA previously went into Alert Level 1 restrictions. On Sunday 28 February, President Cyril Ramaphosa announced the country would move into Alert Level 1.

A third wave was dependent on a few factors, including:

The provincial health department made early projections of a third wave from April, according to News24.

Cloete said the trauma that healthcare workers, especially young doctors and specialists, went through is “immense. These doctors had to witness people dying, and make decisions on who lived and how to support people. The province’s health department is currently undergoing an intentional healing process.

The other key issue was the province’s vaccine roll-out. The first vaccines were given to healthcare workers at the Khayelitsha District Hospital on Wednesday 17 February, alongside President Cyril Ramaphosa and Health Minister Dr Zweli Mkhize.

According to a provincial media release on Thursday, 15,295 vaccines had been administered by 5pm on 3 March in the Western Cape. When asked about the province’s own vaccine procurement plan – a bone of contention between opposition parties and the provincial government – Mbombo said to “remember it was a contingency plan” if the national government could not provide enough vaccines. Mbombo told the committee nothing had been finalised yet in discussions around vaccine manufactures and costs to the provincial budget.

Mbombo said traditional healers fell into the healthcare worker category and would also be vaccinated in Phase One, following a question from committee member Melikhaya Xego. DM