Mboweni’s ‘sun behind the clouds’ shrouds a preca... 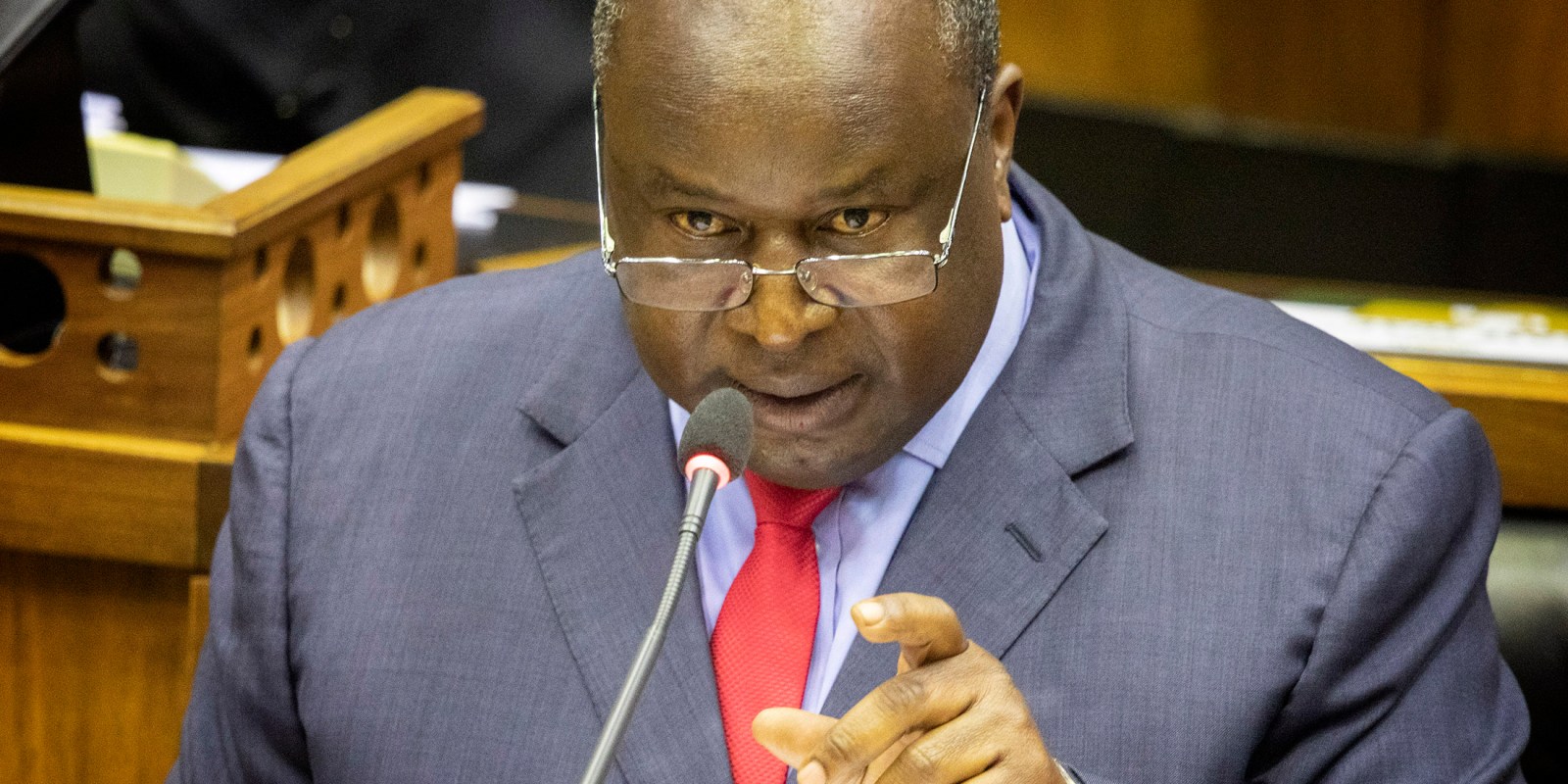 Reactions were muted to Wednesday’s Budget 2021. But then, what can anyone say when the cost of ballooning debt in effect takes up R1 in every five of revenue – and South Africa’s 18 million social grant recipients will get a token increase of between R10 and R30 a month?

“There’s no need to be apologetic about it. There is no social contract [that says] there needs to be x amount of an increase. The allocations we made [are] what we can afford,” said Finance Minister Tito Mboweni in what he described as his “political answer” in a post-Budget media briefing.

“When we looked at the overall fiscal consolidation, we could not really protect the social grants. At least there’s still an increase. Once we have the debt under control we can look how we can.”

If the National Treasury holds this line, social grants may only refresh meaningfully in 2024, or later. The Budget deficit to gross domestic product (GDP) ratio is expected to reduce from 14% in 2021 to 6.3% in 2024.

Statistics SA reports have shown that social grant remittances are central to a majority of households’ monthly survival. Such support is even more necessary now as the latest reported joblessness rate hit 42.6% on the broad definition that includes those too disheartened to even try to look for work.

While the temporary R350 Covid-19 grant does offer some additional support from the government, the just over R57-billion support paid to 13.9 million workers through the Unemployment Insurance Fund (UIF) Temporary Employee/Employer Relief Scheme is actually money paid by workers and their employers. UIF is a statutory contribution.

Alongside social grants, public servants are on the losing side as the 2021 Budget is based on the assumption of no real salary increases.

Whether that will hold is a political high-stakes game in an election year as local government goes to the polls. But Mboweni remained unapologetic on this, referring matters to his Cabinet colleague Public Service and Administration Minister Senzo Mchunu, who’s in charge of public sector wage negotiations for the next three-year salary deal.

If that wage deal does not agree on a wage freeze, the assumptions and balance sheet calculations of the 2021 Budget are blown out of the water.

During his post-Budget media briefing, Mboweni continued his mantra of “staying in my lane”. It may well signal he’s been overruled in Cabinet, or simply that what Intellidex analyst Peter Attard Montalto calls “Tito-xit” is inching nearer.

Mboweni referred queries on state-owned entities to the public enterprises minister, although he commented briefly on how discussions between him and the health minister, and their departments, had arrived at an agreement on the Covid-19 vaccines.

Over the next three years R9-billion is allocated to Covid-19 vaccines, with R5.85-billion available immediately in 2021. That’s R4.35-billion for the national health department, and R1.5-billion for its provincial counterparts, with a buffer built into the government’s contingency that increases to R12-billion.

The rand seemed to briefly strengthen on the Budget, presumably in no small ways over the public sector wage freeze, and perhaps also on the R2.2-billion tax relief by raising brackets – and the corporate tax rate’s drop to 27%, even if that’s only from April.

That corporate tax drop was not in the Budget Review, only in the ministerial speech of 19 pages that was handed to the media in the Budget lockups 12 minutes before Mboweni stepped on to the podium in the House.

Attard Montalto, in an immediate response to the Budget, said it was “good news from top down, but weaker from bottom up” with a potentially positive intervention by Operation Vulindlela – a joint initiative to break bottlenecks by National Treasury and the Presidency – in shifting structural reforms.

“Bottom-up, the real cuts to grant payments, the ‘extend and pretend’ on assuming zero nominal [public sector] wage changes and some other trimmings – all mean that [South Africa] has a very challenging period ahead into this year’s Medium-Term Budget Policy Statement (MTBPS).”

Opposition politicians were muted, but critical.

DA MP and finance spokesperson Geordin Hill-Lewis said the marginal below-inflation increases to the social grants, which he described as “a kick for the poor”, means they effectively drop by R30-billion over the next three years.

He welcomed ministerial pledges on reducing debt and on freezing the public wage bill, and thus effectively saving R300-billion, although he questioned the proposals’ credibility.

IFP MP and finance spokesperson Mzamo Buthelezi welcomed the dropping of R40-billion tax increases that the 2020 MTBPS had pencilled in. However, the allocation for the Covid-19 vaccines was too little, and social grant increases, “practically, it doesn’t mean anything”.

Freedom Front Plus MP and finance spokesperson Wouter Wessels warned of the increasing government debt and lack of concerted action to address it.

“There is some relief as regards personal income tax, but it is inadequate. The FF Plus would have liked to see greater tax relief, because it is the only practical way in which economic growth can take place,” he said.

The South African Federation of Trade Unions said the Budget was “business as usual” and typically arrogant, and called for a Basic Income Grant to support the vulnerable.

Unsurprisingly, ANC Treasurer Paul Mashatile said the Budget was a “good balance”, even if a tough one. “Under the circumstances, it’s a good Budget. It’s a good balancing act.”

That would refer to not only R11-billion spending on public employment programmes driven by the Presidency, and the Covid-19 vaccine allocations, but also support to education and the National Student Financial Aid Scheme.

But difficult conversations with the governing ANC’s alliance partner Cosatu are looming.

Citing the below-inflation social grant increases and the public wage freeze, he pointed out that politicians’ salaries and perks remain untouched.

And there were no meaningful announcements to support the fight against corruption, be that by support measures from prosecution services to the South African Revenue Service.

“We have made proposals, but the politicians are not keen,” said Parks.

Cosatu, in a subsequent statement, added: “The people who drafted this Budget speech do not believe that we have a crisis in this country; if they do believe, then they do not care.” DM