There was no pressure from Zuma to reinstate Lucky Montana at Prasa, says former transport minister Dipuo Peters 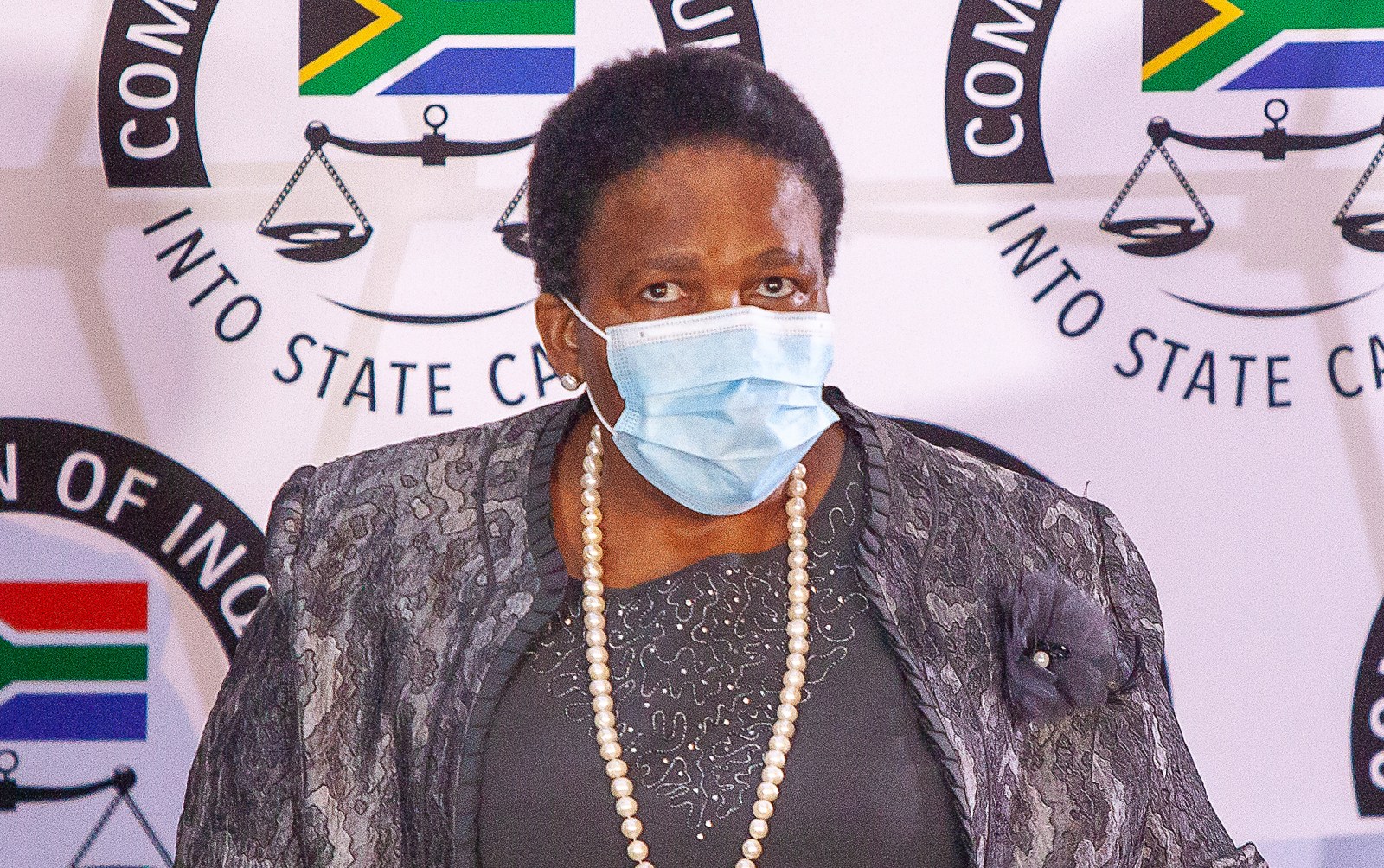 Former transport minister Dipuo Peters spent Monday testifying before the Zondo Commission about the aftermath of the resignation of Prasa Group CEO Lucky Montana — and a meeting where former president Jacob Zuma was alleged to have said the country could not afford to lose ‘young, black executives’.

Former transport minister Dipuo Peters told the State Capture Commission on Monday that a meeting about Lucky Montana ended without a conclusion after former president Jacob Zuma fell asleep at 2am and nobody wanted to wake him up.

In July 2015, Montana who was the group CEO (GCEO) of the Passenger Rail Agency of South Africa (Prasa) resigned after the publication of Public Protector Thuli Madonsela’s Derailed report as well as a breakdown in the relationship between Montana and the board of control of the agency.

Peters told the commission that out of courtesy, as minister of transport, she informed Zuma about Montana’s resignation. She also told the president she had wanted to put a stop to the public spats between Montana and board chairperson Popo Molefe.

“Mr President said he cannot speak directly to Montana, but knows someone close to him,” she said.

The person Zuma referred to was Minister in the Presidency Jeff Radebe, who had been Montana’s boss at the Public Enterprises Department. Montana followed Radebe to the Transport Department when Radebe became minister in 2004.

Radebe set up the 20 August 2015 meeting at Zuma’s residence in Tshwane. The meeting was attended by Zuma, ministers Peters and Radebe, and Montana and Molefe.

Peters testified that Zuma said of losing Montana at Prasa, that it would be an “injustice to the country to lose those young, black executives”.

Peters said she was under the impression Montana wanted to return to Prasa, although he had resigned. When he spoke during the meeting it was on the “litany” of things he still wanted to do at the agency.

Peters said that during the meeting Montana commented, “If I can be allowed back, this is what I can do for the organisation.” Peters told commission chair Deputy Chief Justice Raymond Zondo and evidence leader advocate Vas Soni that Montana had lobbied “aggressively” for a return to Prasa.

“Prasa is an entity of the state, not the private property of Mr Montana,” she said.

The meeting was inconclusive, as it had run past 2am, when Zuma fell asleep. “We all left without saying goodbye to the president,” she said. The only follow-up from Zuma’s side was a visit to the agency later that year.

Peters said because of Montana’s experience in rail, she thought he would become an adviser in implementing South Africa’s rail policy.

Peters said she told Montana: “One day you will be minister of transport.”

Molefe has also testified about this meeting. He alleged that Zuma wanted the board to reject Montana’s resignation from Prasa. However, Molefe also stated that a security guard saw Roy Moodley at Zuma’s residence while the meeting was being held. Moodley’s name — he is a business associate of Zuma — cropped up in tenders from Prasa, in leaked documents called the #PrasaLeaks.

Peters denied that she had seen Moodley at the meeting. She said she was “concerned” about Molefe’s allegation that Zuma wanted to interfere with the board to rescind Montana’s resignation and that she did not experience any pressure from Zuma to bring Montana back.

When asked by both Soni and Zondo about why Prasa had no permanent GCEO one year after Montana’s resignation, Peters said she had discussed the matter with Molefe. Peters told the commission she had found a potential GCEO candidate. But Molefe did not have Peters’ preferred candidate on his list of potential GCEOs.

Peters said she told Molefe the agency, which at this point had been flagged for irregular expenditure of R15-billion, needed someone with financial experience “to help us get us out of this mess”.

Zondo asked Peters if the vacancy of a GCEO had come up at Cabinet meetings. “That matter was never discussed in Cabinet because it was never an agenda item,” she responded.

Prasa has not had a permanent GCEO since Montana left in 2015. New board chairperson Leonard Ramatlakane has stated that finding a new GCEO is a priority for the rail agency.

Peters will continue her testimony on Tuesday 23 February. DM