Justice minister: Constitution is ‘sacrosanct’ to SA democracy and State Capture commission is central to renewal 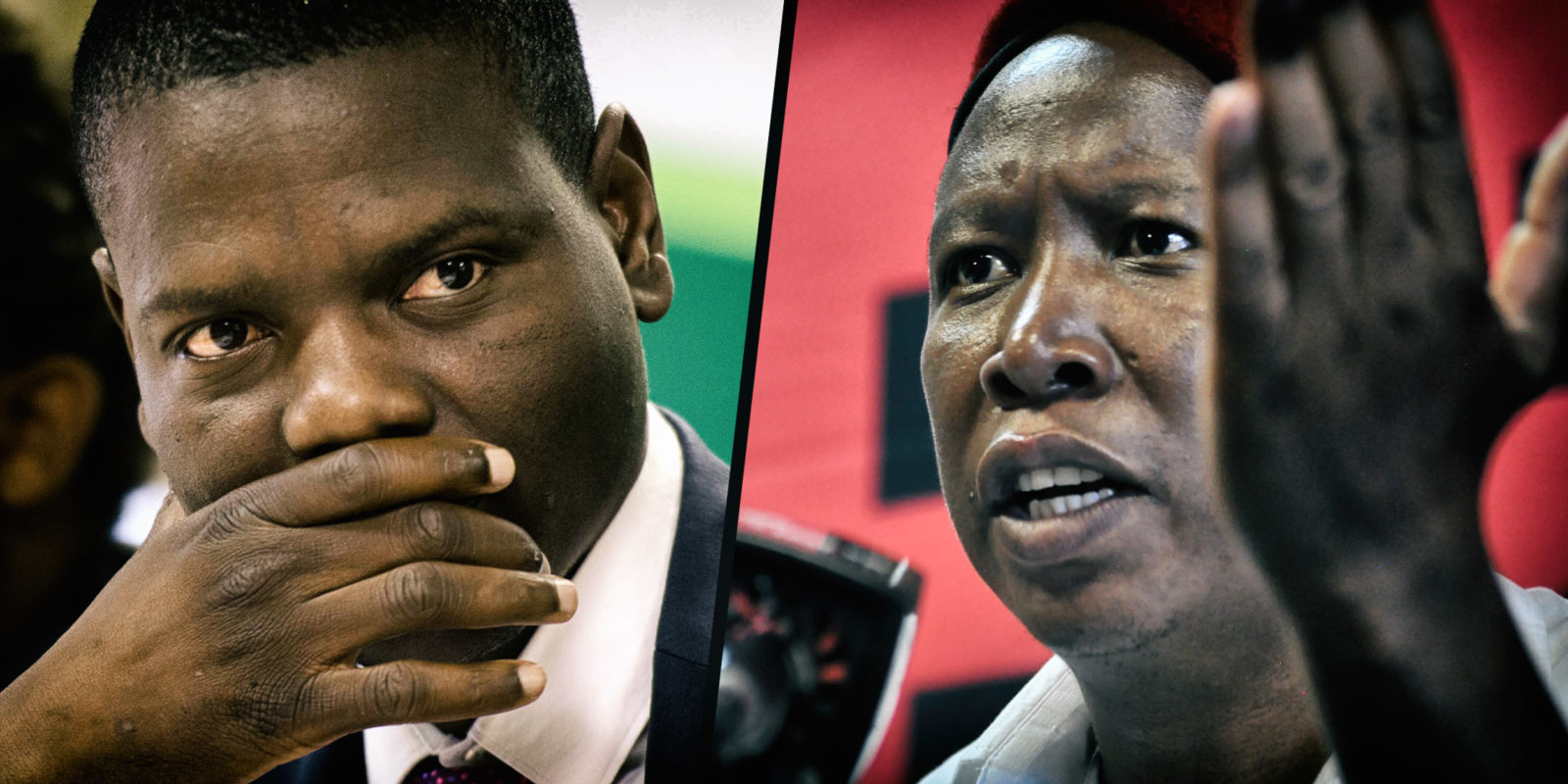 Justice Minister Ronald Lamola put the defence of South Africa’s constitutional democracy, and equality before the law, front and centre in a State of the Nation Address debate speech that also tackled rumour-mongering and critics.

A freshly vaccinated President Cyril Ramaphosa on Wednesday joined lawmakers from the virtual platform for Day Two of the hybrid debate of his State of the Nation Address (Sona) that saw some parliamentarians in the House, and others online. Matters parliamentary were the presidential reason for leaving Health Minister Zweli Mkhize to deal with the media at the Khayelitsha District Hospital where the two politicians joined healthcare workers getting the Covid-19 vaccine jabs.

Ramaphosa’s physical absence in the House, despite him being in Cape Town, was noted. It is traditional for the president to sit in his parliamentary bench throughout the Sona debate, in a practice followed even by occupants of the highest executive office with no discernable affection for the national legislature.

“The House is virtual and the president is in the virtual House, which is indeed Parliament — in the same way that a virtual parliamentary committee or African Union Summit, for example, is still a committee or a summit,” the Presidency responded to Daily Maverick’s inquiries.

Day Two of the parliamentary Sona debate usually is a little easier — the opposition leaders would have fired off their best shots, leaving it up to the second team to give it a go. Not so on the ANC benches, from where more Cabinet ministers and an MEC took to the podium with various degrees of enthusiasm.

Not mincing his words at all was Justice Minister Ronald Lamola. He spoke in defence of an independent judiciary as a cornerstone of South Africa’s constitutional democracy, and in so doing rugby tackled EFF leader Julius Malema’s criticism of judges that had dovetailed with comments by his recent tea companion, ex-president Jacob Zuma.

“Attacks, allegations and conspiracies against the judiciary can erode the confidence of society in the judiciary if not followed up with facts and conclusive investigations,” said Lamola, adding, in a dig at Malema, that “public institutions do not fall flat because of conspiracy theories hatched in the forest”.

In a clear reference to Zuma’s refusal to obey a Constitutional Court order to appear before the State Capture commission despite not naming names, Lamola backed the commission and applauded those who had already cooperated with it.

“There are some in our ranks who refuse to let anarchy and the floodgates of counter-revolution prevail. The commission is very important for our constitutional democracy. It will help us renew our nation, find the moral compass and build a society free of corruption.”

The Constitution and the rule of law were “sacrosanct components of our democracy” and had to be respected. “To allow anything else will lead to anarchy and open the floodgates easily to a counter-revolution,” said Lamola.

“In the Constitution, we proclaim that all individuals, all organisations within South Africa, whether public or private, are bound by and are entitled to the benefit of laws that are prospectively promulgated and publicly administered in a court of law.”

On 10 December 2021, the Constitution marks 25 years after being signed into force by then-president Nelson Mandela at a special ceremony at Sharpeville, where in 1960 police killed 69 anti-pass protesters.

Lamola’s opening debate contribution was important not only because of its unmitigated backing of the State Capture commission chaired by Deputy Chief Justice Raymond Zondo, but also for its dismissal of Malema stepping into Zuma’s footsteps to attack judges as biased and corrupt.

Such renewed attacks on judges hark back to when Zuma was president. Attacks, accusations of bias and smear campaigns were standard in the Zuma administration, to the extent that to calm matters Chief Justice Mogoeng Mogoeng called for a meeting, ultimately held on 27 August 2015.

That same strategy and tactic of smear campaigns against the judiciary has now been adopted by the radical economic transformation (RET) grouping, if Wednesday’s rally in the Free State in support of ANC Secretary-General Ace Magashule in his court appearance over corruption on 19 February is anything to go by. This followed similar attacks of bias against judges made by Zuma, for example, in his 12-page statement on Monday evening over his refusal to appear as ordered before the State Capture commission.

It all began with a somewhat obscure reference alluding to Lamola and Malema’s days as youth league leaders, alongside that of contemporaneous ex-communist youth leader, now deputy minister, Buti Manamela.

Lamola said he could “speak on a clean floor” because of Manamela’s sweeping — a play on the parliamentary lingo for closing a debate — on Tuesday. Manamela had said, “You [Malema] go around with a backbone equivalent to Malva pudding, seeking tea with anyone who’s willing to comply with your political agenda.”

Much of Day Two of the Sona debate was predictable. The DA speakers criticised the ANC government. The ANC speakers defended their track record in office, saying the opposition was misleading South Africans about government successes.

International Relations Minister Naledi Pandor flew the flag of multilateralism. Defence Minister Nosiviwe Mapisa-Nqakula talked of the military’s contribution “to mitigate and combat the spread of the Covid-19 pandemic”.

Human Settlements, Water and Sanitation Minister Lindiwe Sisulu fleshed out the national water agency Ramaphosa had mentioned in his Sona on 11 February, saying it was “to ensure that quality water and sanitation is available to all South Africans and there is a guarantee of water sustainability for the economy”.

“Through the One Plan and One Budget we will build productive industrial structures by considering the endowment and competitive advantage areas of each district space.”

Trade and Industry Minister Ebrahim Patel didn’t much sweep Day Two of the debate, aside from a dig at the “tone of the opposition”. Instead, he outlined an upbeat spin on action in implementing the Economic Reconstruction and Recovery Plan. “Progress is being made…”

Ramaphosa will reply, perhaps from the podium in the House, on Thursday. DM

Elri Voigt for Spotlight • 13 hours ago