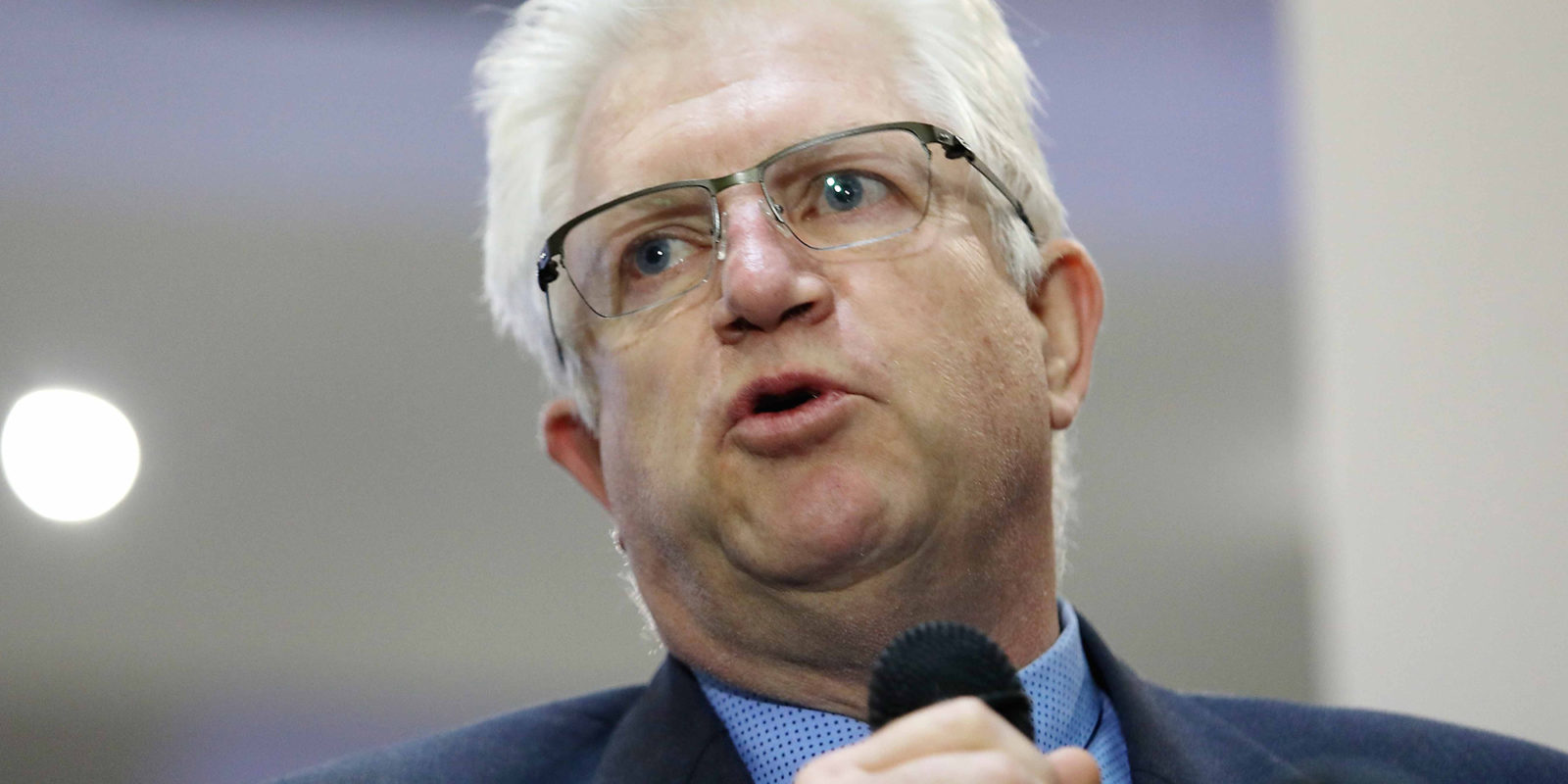 On Wednesday, Western Cape Premier Alan Winde will deliver his third State of the Province Address. Housing activists want Winde to speak on issues of affordable housing in the Cape Town CBD and surrounding areas.

“Reclaim the City (RTC) wants to live in a just and fair city,” said their Woodstock chapter leader, Karen Hendricks. Ahead of Western Cape Premier Alan Winde’s State of the Province Address on Wednesday, she laid out the group’s expectations for this year.

Housing activist group RTC has been advocating for affordable and inclusionary housing in the Cape Town CBD and surrounding areas.

Hendricks told Daily Maverick she would like Winde to declare an end to “inhumane evictions(especially during the Covid-19 pandemic) and displacement”.

The group wanted the end of “dumping the poor in temporary relocation areas on the periphery of the city, far away from economic opportunities and social amenities”.

During his Sopa speech last year, Winde criticised the group, who occupied the derelict Woodstock Hospital and Helen Bowden Nurses’ Home. The buildings were renamed Cissie Gool House and Ahmed Kathrada House respectively. RTC hit back and urged Winde to urgently make land available for the development of affordable housing.

The issue of affordable housing has become a political hot potato in the Western Cape.

Daily Maverick reported in March 2019 that the MEC for Human Settlements, Bonginkosi Madikizela, said that 10,000 housing opportunities would be created in the Cape Town CBD, Oranjezicht, Bo-Kaap and Tamboerskloof, but only when plans were finalised.

In a November 2019 follow-up, new MEC Tertius Simmers said the province had pursued seven sites for acquisition, and that new housing opportunities stood at 2,000.

Two weeks ago, the Good Party’s Brett Herron – a vocal critic of the governing Democratic Alliance – issued a statement labelling Madikizela’s claims a “false promise” after questioning Simmers whether property transfers had occurred between the departments of Human Settlements and Transport, and Public Works – a department Madikizela now leads.

In a parliamentary reply from Simmers to Herron, Simmers said there had been no property transfers between the two departments.

Winde’s spokesperson, Bianca Capazorio, told Daily Maverick: “The allegation by MPL Brett Herron is incorrect and we recommend that he retract his statement”. She pointed out the following:

When Daily Maverick asked for an update on housing projects in the inner CBD and surrounds, Simmers’ spokesperson, Marcellino Martin, said:

“There are currently nine sites owned by CCT [the City of Cape Town] and WCG [Western Cape Government] that are in the five-year delivery plan, ie, 2020-2025. Further properties in private ownership are under consideration subject to available budget for acquisition and development.

“National Public Works has been requested to make land available for human settlements development, in correspondence which dates back to 2017.”

But while politicians go back and forth, there are occupiers like Hendricks who are at risk of eviction.

“The delivery of housing has always been a political issue, during apartheid and post-apartheid,” she said.

“The fact that housing has become a commodity instead of a basic/fundamental need is a part of the problem. The city is intentionally designed to be the most unequal, exclusive city by far.”

She said politicians must “apply themselves” to enable poor and working-class communities to be the driving force behind housing delivery.

“To people like us, housing should be seen as a right and not a privilege. The city and province have a responsibility to change the segregated and unequal nature of the city.”

She addressed Winde specifically: “Premier Winde, if the city and province does not take responsibility and try to fix or reverse this pattern of exclusion, then this issue in our city can only get worse.”

Hendricks said RTC again invited the City of Cape Town into their space to “engage on the serious question of what would happen to the families living in the occupations and ask to be a part of a solution to protect housing rights and allow them to remain in place”.

She said the process had been welcomed by city officials and led to meetings intended at “co-designing Cissie Gool House”.

“Why is the city now turning around and choosing to evict rather than consider these alternative solutions, Premier Winde?”