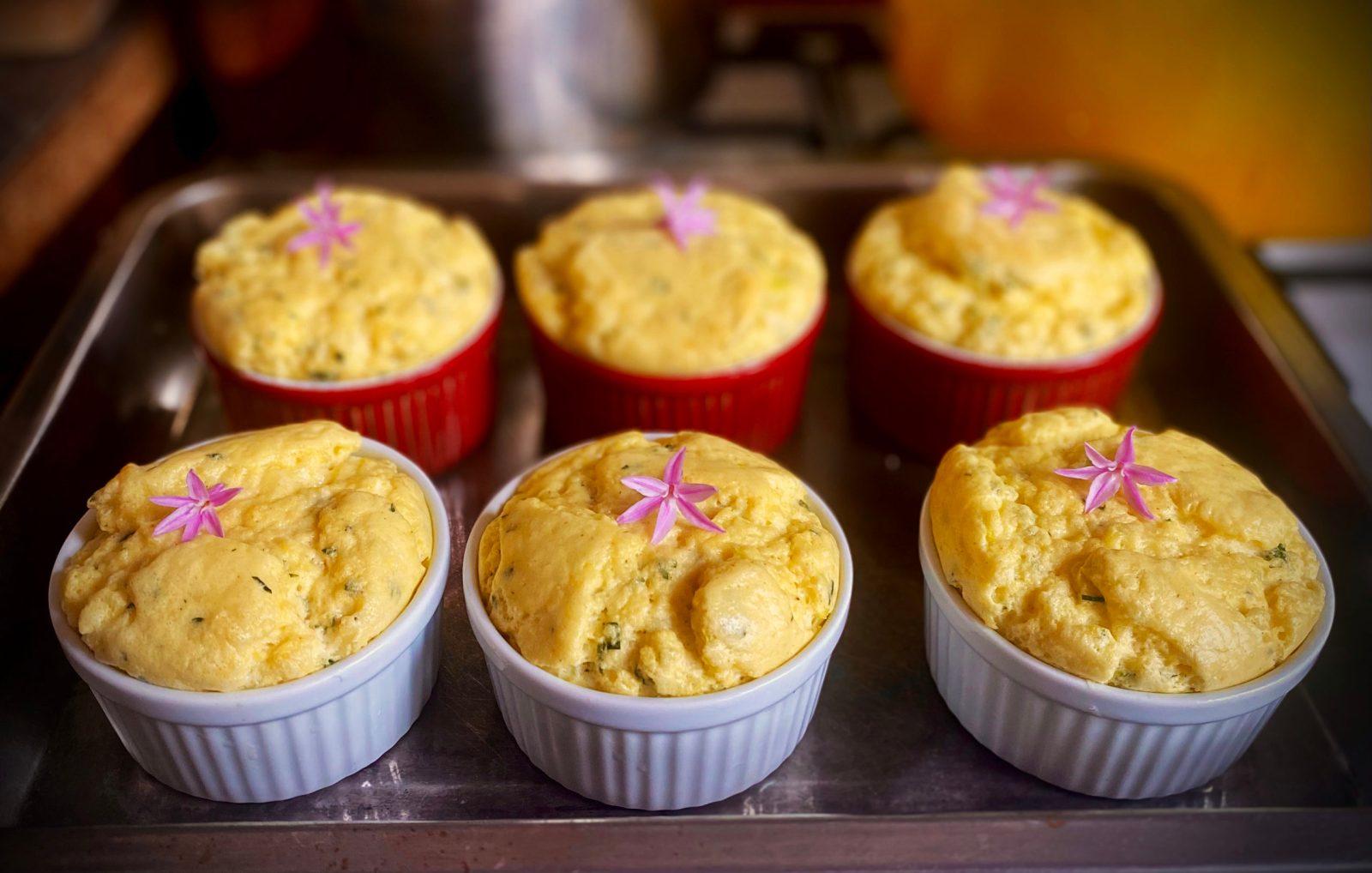 Think of a soufflé as gossamer that can be torn apart by the slightest breeze. Take it slowly, treat it lightly. Take a slow breath… here goes.

A few grindings of black pepper

Pinch of smoked paprika or similar

Butter 6 ramekins. Spoon 1 Tbsp finely grated Parmesan into each ramekin. Give it a shake and tap on a table top to spread it around the base.

In a bowl, whisk the milk with the separated egg yolks, and set aside.

Sauté the onion in the butter on a low heat with the chopped garlic chives, thyme leaves and finely chopped parsley until softened.

Stir in 1 heaped Tbsp flour off the heat and then whisk in the milk and egg yolk mixture on a low heat. Whisking is better than using a wooden spoon in this instance, to avoid any lumps.

Cook, whisking, on a moderate heat for up to 2 minutes until it thickens; it may be much quicker than that.

Turn off the heat and whisk in ½ cup of chèvre, smoked paprika, salt and pepper, until all the cheese has melted into the mixture.

In a clean bowl, beat the egg whites until stiff, then fold ⅓ of the whites into the mixture.

Spoon it into the 6 ramekins. Place the ramekins on a shallow baking sheet. (shallow, because if it is deep it will be difficult to get in there with oven-gloved hands when they’re done and very hot and get them out without dropping them).

Bake in the 180℃ oven until they have risen, which should take about 20 minutes, but ovens have their own idiosyncrasies, so judge when it’s ready by your eye, without opening the oven wide and causing them to collapse. In my notoriously unpredictable gas oven, they took more than 25 minutes.

Handle very gently when removing from the oven. Do not hesitate to serve immediately, as the chance of a soufflé flattening out a little, or collapsing altogether, is in inverse proportion to your desire that they do not. DM/TGIFood