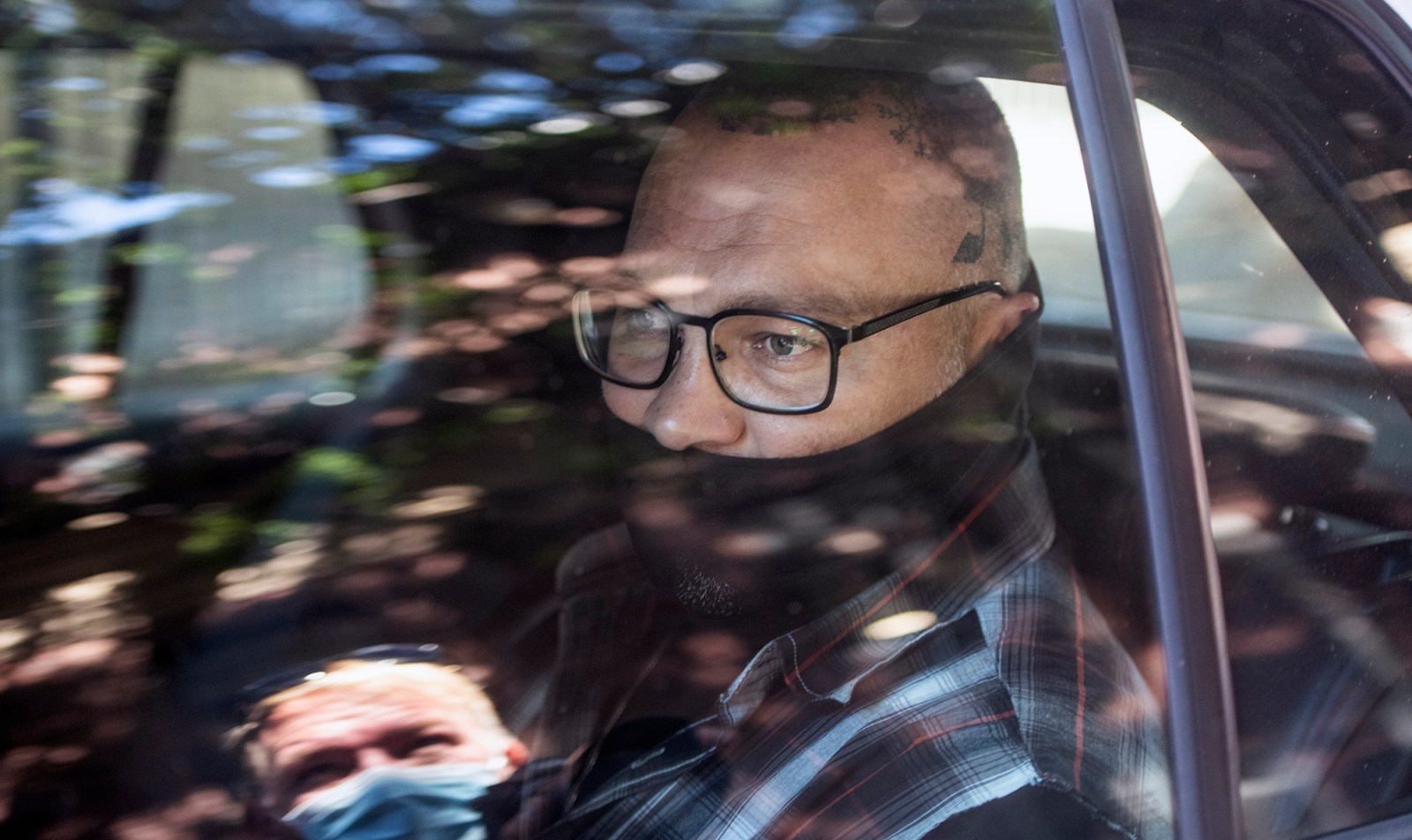 Former rugby player, Zane Killian leaves the Cape Town Magistrate’s Court after his appearance on February 05, 2021 in Cape Town, South Africa. It is reported that Killian and co-accused face charges in connection with the botched assassination of prominent defence attorney William Booth. The case was postponed to March 10. (Photo by Gallo Images/Brenton Geach)

On Friday, 5 February, the matter was on the roll in the Cape Town Magistrate’s Court but postponed to 10 March pending the outcome of Zane Kilian’s bail application in the Bellville Regional Court relating to assassination of Anti-Gang Unit Lieutenant-Colonel Charl Kinnear.

The charges emanate from an incident just after 7am on 9 April 2020 at Booth’s home in Gardens, Cape Town, when the lawyer was shot at. Booth escaped unharmed.

Kilian has also been charged for intercepting and pinging the cellphones of both Booth and Kinnear. The State alleges that Kilian pinged Kinnear’s phone 2,408 times until his murder on Friday, 18 September 2020 in Bishop Lavis, and Booth 658 times.

The State further alleges that the electronic surveillance used by the accused facilitated Kinnear’s murder and the failed attempt on Booth’s life.

Kilian’s involvement in Booth’s attempted murder is outlined in the affidavit of Captain Edward du Plessis from the National Priority Violent Crimes in Pretoria. Du Plessis’ affidavit was entered into the record during Kilian’s bail application in the Kinnear matter, which was heard in the Bellville Regional Court on Tuesday, 2 February.

Kilian’s bail application for the attack on Booth will now be heard on Friday, 26 February, in the Bellville Regional Court.

Apart from the pinging, Du Plessis discovered that a consumer trace report on Booth was carried out on 10 March 2020. This was a month before the attack on Booth. Du Plessis said Killian sent WhatsApp images of Booth’s home address and a WhatsApp image of a Google search on Booth’s work address to another user.

“It is clear that Kilian started doing research on Booth on 10 March 2020 and dispatching this information to another person. WhatsApp image of a Google Map screenshot dated 18 March 2020 showed the distance and estimated time of arrival between a certain location and the home address of Booth.

“This Google search was done at 7.59pm. I submit that the only conclusion to be made is that the accused anticipated the time it will take Booth to arrive at home from the location,” Du Plessis affidavit read.

Du Plessis further found WhatsApp images of a trace report for Nicolette Booth, Booth’s wife, dated 5 April 2020 – four days before the shooting at their home. His affidavit further reveals that Kilian pinged Booth at 3.35am, then at 3.36am, at 6.05am twice and at 7.45am.

The State contends: “Booth was attacked at about 7:10 that morning and Kilian shortly after the attack, stopped pinging Booth for that day. He followed a similar modus operandi in the murder of Kinnear. Taking all of this into consideration and the fact that the attack on the life of Booth happened on 9 April 2020, it is clear that Kilian knew who Booth was as the time of the incident.”

However, Kilian in his affidavit dated 27 November 2020, used in the Kinnear matter, argued that the software and code used to ping cellphones were obtained from Bradley Goldblatt, a former police officer.

Kilian alleged Goldblatt loaded the software on his cellphone, provided him with a code and Kilian later realised that the platform and the code were not exclusive to him, Kilian said, claiming that since others used the same platform code, he could not be linked to a crime.

In his affidavit, Du Plessis said: “I was supplied with an electronic copy of the ‘ping list’ provided by the witness Bradley Goldblatt from the company that Kilian used for the location based station tracking of cellular phones.”

Kilian will be back in the Cape Town Magistrate’s Court on Wednesday, 10 March 2020 pending the outcome in his bail application in the Kinnear matter. DM