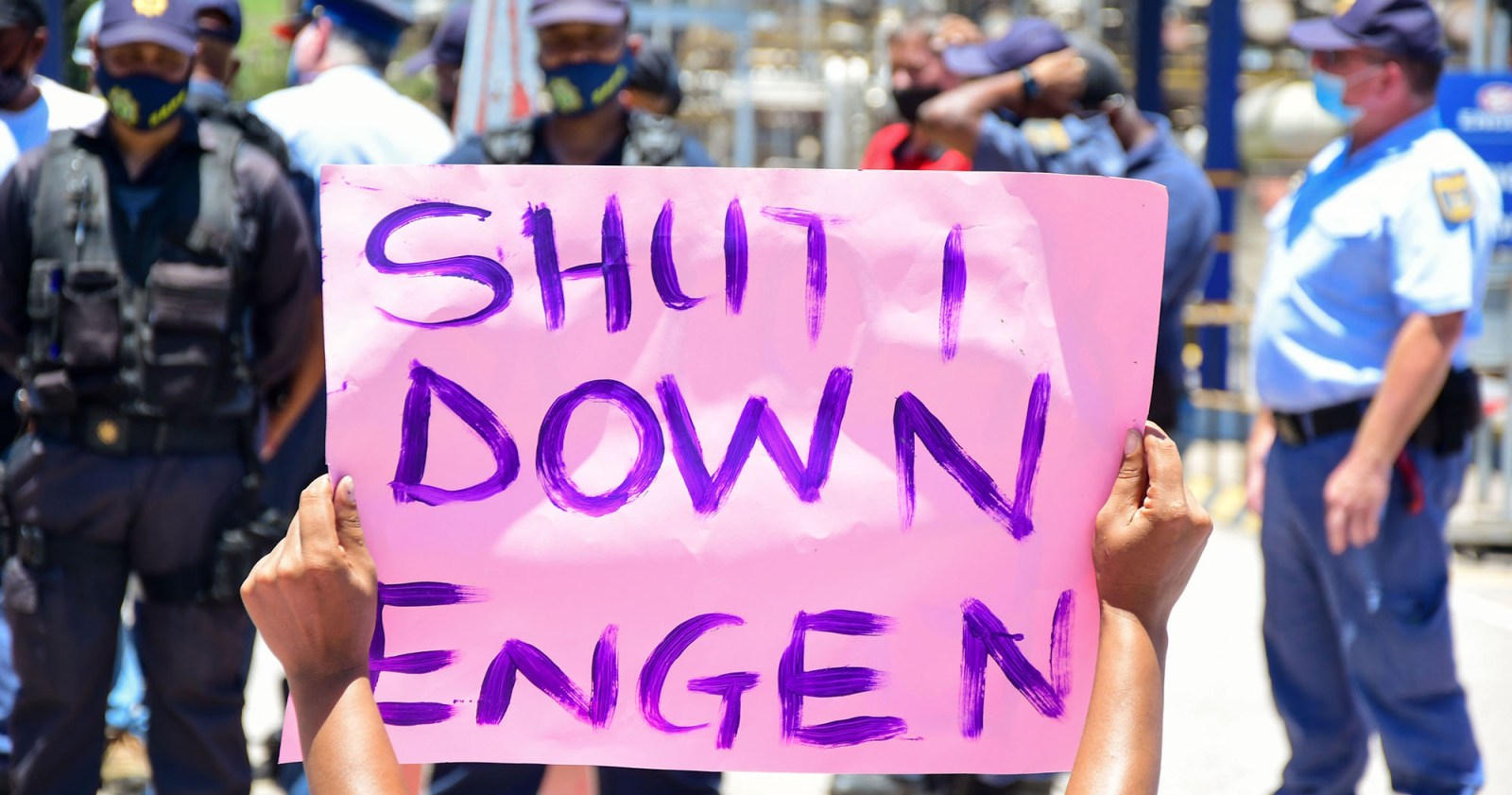 The latest directive, issued on Tuesday, ‘instructs Engen to submit a comprehensive report which, among other things, must include proper maintenance records for a period of six months, and a root cause analysis’.

The KwaZulu-Natal government this week had to issue a revised directive to Engen after it found that the company’s preliminary report into the explosion and fire that rocked its Wentworth, Durban, refinery on 4 December was short on detail.

“While Engen had complied and produced that report within the stipulated time frames, the department was not satisfied with some aspects of the report,” the province’s spokesperson for economic development, tourism and environmental affairs (EDTEA), Bheki Mbanjwa, told Daily Maverick.

He said the latest directive, issued on Tuesday, “instructs Engen to submit a comprehensive report which, among other things, must include proper maintenance records for a period of six months, and a root cause analysis”.

Mbanjwa said the department could not release the preliminary report, but was willing to share an excerpt with Daily Maverick, which it believed was “in the public interest”.

According to that excerpt: “On the morning of Friday 4th December 2020 at 7h07:53, a vapour cloud was observed behind the CHD (Catalytic HydroDesulfurisation) reactor. Preliminary investigation shows that there was a loss of Nitrogen from its primary containment, followed by an explosion and a fire at 7h08:20. The cause of loss of primary containment of the Nitrogen tank leading to the explosion and fire is still under investigation.”

The matter came up in the KZN legislature this week when EDTEA MEC Ravi Pillay told the legislature’s Portfolio Committee on Conservation and Environmental Affairs: “I was at the site on the morning of the explosion and engaged with several stakeholders, and one of the things that we requested from [Engen] for example, were maintenance records for the past six months.

“So, while they technically complied with the preliminary report, we are not satisfied with the level of information and detail that they submitted. They have not been fully compliant with all reasonable requests, so we are taking this further in terms of issuing a revised directive.

“Should they fail to comply [with the revised directive] we might have to take a next step, but we don’t want to presume that they aren’t going to comply. But we want to state that we are taking this very seriously.”

Pillay further told the committee that the national Portfolio Committee for Environmental Affairs would visit the facility this week “as a consequence of that fire”.

The visit is expected to take place today (Friday), with Desmond D’Sa of the South Durban Community Environmental Alliance (SDCEA) and Rico Euripidou, an environmental epidemiologist with groundWork, representing the community at a scheduled 9am meeting at the plant.

D’Sa told Daily Maverick he was disappointed that access to community members and activists had been limited. “They have strict access for the committee’s visit. They don’t want us in there.”

The blast of 4 December was felt up to 20km away. It filled the South Basin area with plumes of dense smoke, and led to a fire at a block of flats a few hundred metres from the plant, presumably the result of a hot projectile. A young girl sustained burns to her hands and face.

About 35 residents from the block were displaced and were taken to temporary accommodation, which Engen paid for. An 83-year-old and a toddler were treated for shock.

Children, in particular, were left traumatised by the massive explosion and had trouble sleeping following the incident.

The surrounding community and activists, including D’Sa, have repeatedly accused Engen of being “aloof” or “arrogant” in responding to requests for information about the facility that could directly affect their health and well-being.

Pillay told the committee that the EDTEA was looking at “longer-term interests” when dealing with the incident and the possible closure of the refinery. “Not just from an environmental point of view, but from a broader economic development point of view.”

The company has been threatening to shut down for years, particularly after being rebuked by the government for failing to “clean up its act” some years ago.

Pillay said that a closure “could be seen as potentially positive in the environmental sense, but also potentially negative in terms of economic impact”.

“Engen said to us that they have not made any final decision [on closing], but the suggestion was that they were closing the refinery to replace it with what they call a ‘tank farm’, which is basically a storage facility.

“We will be continuing engagement with them because we need to have certainty on what to do.”

At an urgently convened national portfolio committee meeting just four days after the blast, committee members heard of other “historical incidents” at the refinery.

According to a presentation by Vanessa Maclou, the eThekwini regional area head of department for EDTEA, there was a fire at the refinery’s vacuum unit on April 16 2006 and a release of black smoke from the FCCU (aluminium silicate) in October of the same year, which led to an emergency shutdown and SO2 and CO2 being released into the atmosphere. In addition:

Maclou told the committee that a directive was issued in 2013 “to commission a specialist to undertake a risk and integrity assessment, which was to inform a plan of action that proposed measures to prevent the occurrence of emergency incidents, as well as measures to mitigate the environmental impact of such incidents when they occur”.

“The directive was fully complied with and there were no major section 30 incidents that occurred after 7 April 2012 until 4 December 2020.”

The committee was further told that in October 2016, a joint environmental management inspection (EMI) audit was undertaken at the refinery by eThekwini metro and the EDTEA, and that non-compliance had not been found.

The secretary of the national portfolio committee, Tyhileka Madubela, told Daily Maverick that Friday’s meeting would not be open to the media, because “Engen doesn’t want media and cameras on their property while an investigation is still under way.” She said that the meeting would have 50 people in attendance, as per adjusted Level 3 lockdown rules, and had no space for media.

Asked why the meeting could not be live-streamed, Madubela said that Engen told the committee it “didn’t have the facilities to do that”.

The 120,000 barrels per day refinery is 74% owned by the Malaysian government’s Petronas. South African company Phembani holds a 21.2% stake, and a Phembani consortium, according to Engen’s website, owns the remaining 4.8%.

Engen did not respond to questions from Daily Maverick, even though it had more than two days to do so. It did, however, acknowledge receipt of our email and the deadline, and subsequent deadline extensions. DM