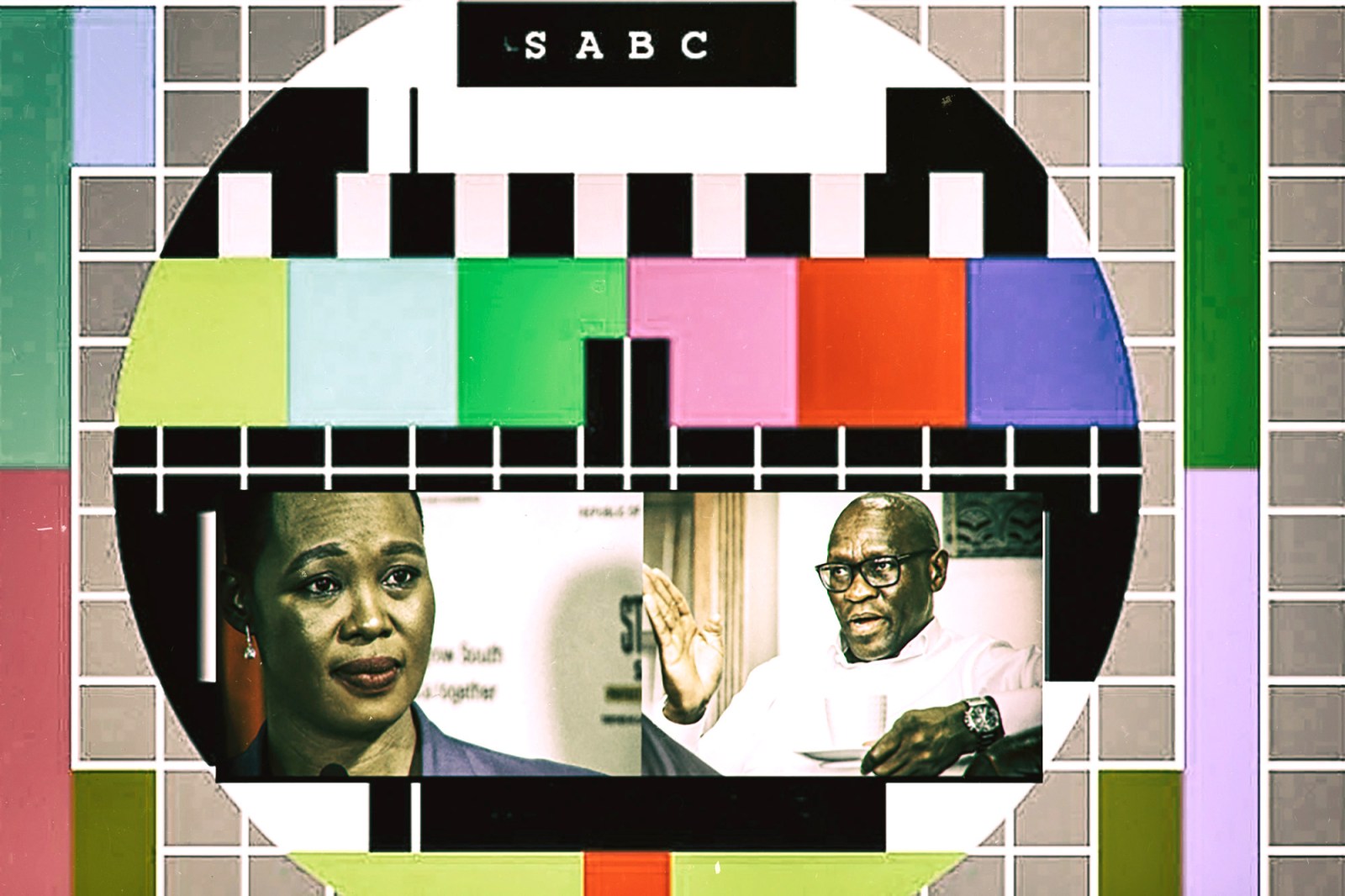 The SABC board has hit back at Communications Minister Stella Ndabeni-Abrahams's offer to resolve the 'impasse' on the Section 189 process at the broadcaster. Photo: Flickr/GCIS/SABC CEO Madoda Mxakwe Photo by Gallo Images/Sunday Times/Sebabatso Mosamo

The SABC board has dug in its heels and rejected the minister’s suggestion of more engagement with organised labour over Section 189 retrenchments. One of the unions representing staff has threatened to head to court again and revive strike action.

The latest tension over the public broadcaster’s retrenchment process erupted between the board and Communications and Digital Technologies Minister Stella Ndabeni-Abrahams.

In a letter to the SABC board, dated 26 January, the minister presents “recommendations to resolve the impasse on the Section 189 process at the SABC”.

“We reiterate that our intervention in this matter does not intend to overrule the Labour Court judgment on the dispute with unions, but rather to minimise the impact of the retrenchment on affected employees as well as to ensure that the process is undertaken in a fair and transparent manner,” the letter reads.

The board’s response, on 30 January, denies that the difference in opinion with the unions representing SABC workers is an impasse or a dispute, considering the retrenchment process has started.

“It is accepted by all stakeholders that the SABC’s total staff complement and its structures are bloated and the compensation bill is unsustainable. There is a compelling, irrefutable rationale for the SABC to execute a Section 189 process, for both business and sustainability reasons,” it reads.

“Since there is a contrary position from organised labour to totally reject any Section 189 process, it was not possible to reach common ground.”

The SABC has been on a protracted mission to stabilise its finances after the turbulent management of Hlaudi Motsoeneng between 2011 and 2017, with plans under way since 2018 to cut the wage bill.

The broadcaster remains the only source of news and commentary for millions of South Africans, especially in far-flung areas.

It has about 3,000 workers who earn an average of R800,000 each. Board members plan to slash the wage bill, which takes up 40% of the broadcaster’s revenue.

Plans to stabilise the SABC’s finances include: a salary increase freeze across the organisation for one to three years, which should save the state-owned entity R312-million over three years; reducing annual leave days of staff in management roles from 35 calendar days to 28, saving R13.7-million per annum; and stopping the practice of converting leave into cash, which will save R21.8-million per annum.

Unions have been pushing back against the plans, despite a failed court application that sought to declare the retrenchment process unfair.

Responding to the latest developments, Hannes du Buisson, spokesperson for the Broadcasting, Electronic, Media and Allied Workers’ Union (BEMAWU), said: “They are not committed because if they were… they would have taken up the offer by the minister of communications.

“We are going to proceed to the Labour Appeal Court to challenge the Labour Court’s dismissal and suspension of our application to declare the Section 189 process unfair.”

SABC spokesperson Mmoni Seapolelo confirmed to Daily Maverick on Wednesday that the broadcaster is going ahead with the retrenchments, which now affect 303 jobs and not 600 as originally proposed.

“At this stage, affected employees are applying for available vacancies as identified in the new organisational structure and interviews have started and offers for successful candidates are being finalised. In addition, several early retirements have been accepted,” Seapolelo said.

“In order to minimise further staff reduction, the corporation will also commence consultation with organised labour on alternatives. [However] this process cannot be used to reopen the Section 189 process, which has now been concluded and been declared fair, lawful and procedural by the courts. The SABC is satisfied that its Section 189 process can withstand any legal scrutiny.”

Despite the SABC board’s confidence in the process and its legality, the showdown is set to continue, with unions exploring the option of another strike in the next few days.

“There are talks on reviving the strike action that has been on hold. We are going to talk to our members either by today or tomorrow on whether people are willing to go on strike to fend off this unfair process,” Du Buisson said.

Attempts to contact the Communication Workers Union had not been successful by the time of publication. DM