SABC on the blink after a week of chaos 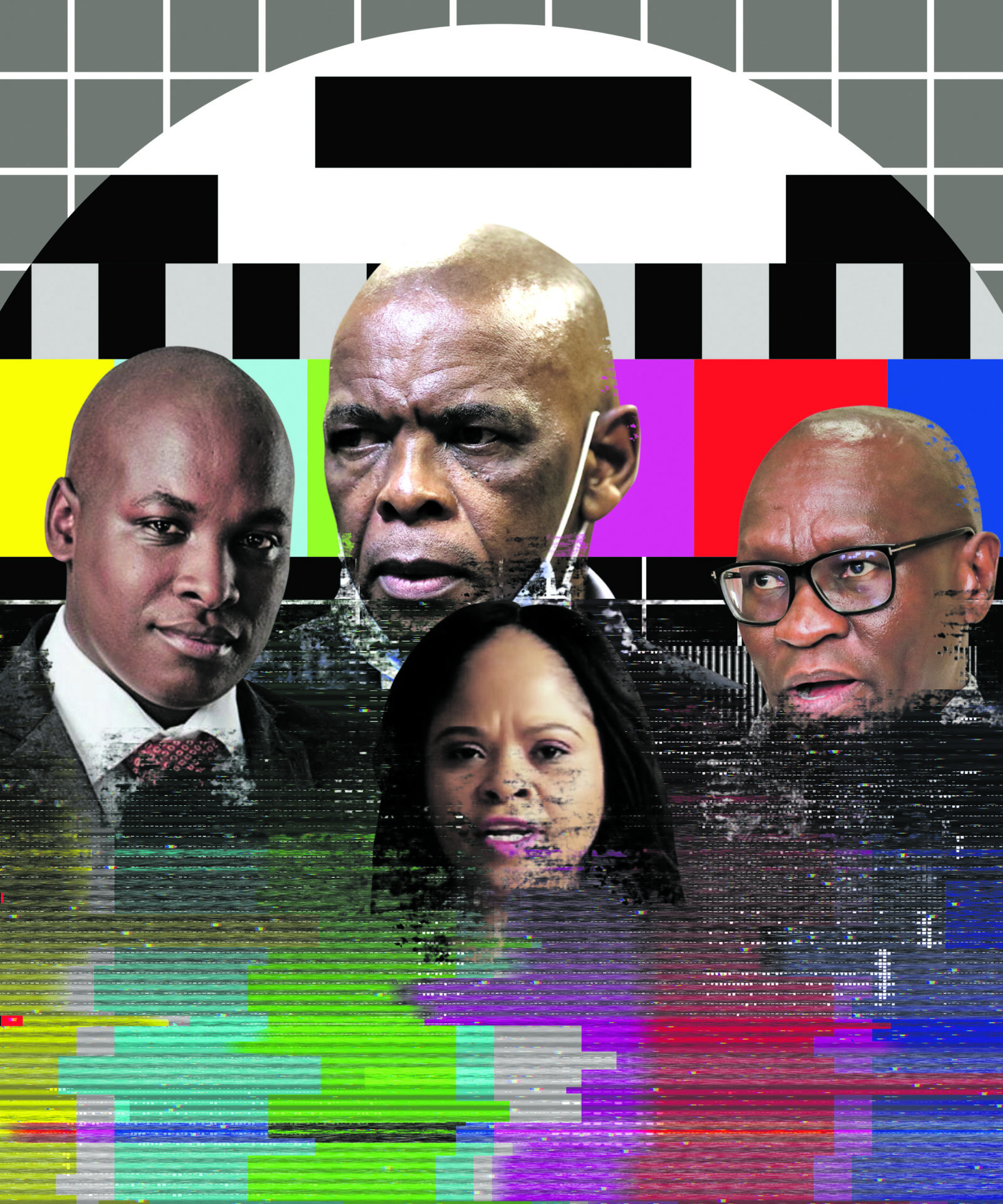 After days of drama over 400 proposed retrenchments, staff are threatening to take the SABC off air, turning their biggest weapon – public platforms – on its board and management.

In one corner: an SABC board hell-bent on the financial revitalisation of yet another flailing state-owned entity. In the other: SABC journalists who see themselves as fighting to protect the national broadcaster’s public mandate yet again – but this time against the forces of commercialisation rather than State Capture. As a power struggle between the two camps plays out in brutal fashion in the public eye, what is at risk of being lost yet again is editorial independence.

By Tuesday, when journalists dramatically went live with footage of heated staff discussions over 400 proposed job cuts, signs were there that the situation was tipping into anarchy at Auckland Park. But those close to the situation say tension had been brewing for months. Disgruntled SABC staffers formed the SABC editorial forum – which a senior SABC insider described to Daily Maverick 168 as “not a recognised structure” – to voice growing concerns about perceived sidelining of current affairs.

Those at the forefront of this protest have included foreign editor Sophie Mokoena, economics editor Thandeka Gqubule-Mbeki and radio bulletins editor Zolisa Sigabi, who appealed to Parliament for help in October on behalf of a “broken, depleted and demoralised newsroom”.

The threat of retrenchments has been looming since June, when the broadcaster announced that as many as 600 employees might be in the firing line. But the idea that job cuts were part of the SABC board’s turnaround plan has been public knowledge for almost 18 months.

Fuelling the fire were reports of the firing of TV news anchor Palesa Chubisi while on air in late October, which staffers pointed to as evidence of the disrespect shown to them by SABC management. The move was part of remedial action recommended by the Public Protector in response to irregular appointments, of which Chubisi’s was one; a senior figure at SABC who wished to remain anonymous told Daily Maverick 168 it was “genuinely a mistake” that Chubisi was notified while on air.

In response to the issuing of Section 189 letters late last week, reports of lunchtime pickets by staff on what the SABC editorial forum dubbed “Black Monday” might have remained relatively low profile. That would change on Tuesday, when producers of the broadcaster’s afternoon SA Today programme took the decision to broadcast footage of a dramatic confrontation between newsroom workers and management.

In footage which quickly went viral, spread by figures including the EFF’s Mbuyiseni Ndlozi, senior journalist Chriselda Lewis could be seen remonstrating with head of news Phatiswa Magopeni and COO Ian Plaatjies.

“Sis’ Phat, we have great respect for you. Don’t let these people do this to you!” Lewis said, conveying the newsroom position that the retrenchments, with a new newsroom structure, amounted to the decimation of the SABC’s news-gathering capabilities.

This was the start of a campaign to be waged by SABC journalists across its platforms over the course of the week, as reporters and anchors used their positions to publicise staff demands and build public outrage about job losses. The culmination saw senior political journalist Samkele Maseko sit down with ANC Secretary-General Ace Magashule on Thursday and demand the ANC put pressure on the SABC board to suspend the retrenchment process.

“A jobs bloodbath is happening at the SABC. Atrocities are being done to people’s lives. The ANC has yet to call this board and address them. What is the ANC doing?“ Maseko asked Magashule in the televised interview.

The spectacle was condemned by media commentators, who criticised Maseko for seeming to welcome political meddling into a board whose independence is enshrined in law.

“Horrendous” was how Media Monitoring Africa’s William Bird described it to Daily Maverick 168. “To have a journalist from the public broadcaster inviting interference into the SABC is flabbergasting. This is clearly and fundamentally against the basic principles of journalism, law and principles of freedom of expression.”

He said that in the aftermath of such an egregious error of judgment, an apology from the head of news would be appropriate. Bird added that the SABC’s other reporting on the issue had been questionable in its “clear bias” and failure to clearly present all sides.

When Daily Maverick 168 asked Magopeni if Maseko would be sanctioned for this breach, she referred questions to spokesperson Mmoni Seapolelo. In an ambiguous but apparent show of support for Maseko, Seapolelo responded that Maseko and fellow journalist Ntebo Mokobo had been “assigned” to conduct the interview with Magashule on issues “including his public views on the current developments at the SABC”.

A bloated organisation vs the necessity of its editorial mandate

On both sides of the argument are individuals claiming to have the best interests of the SABC at heart. The SABC editorial forum has expressed alarm over proposed cuts to the broadcaster’s indigenous language programming – particularly Afrikaans, TshiVenda and TshiTsonga news – and the closing or merging of offices outside major cities. Another bone of contention is the proposed reduction in posts such as producers, which journalists say points to the current board and management’s lack of understanding of what it takes to broadcast news.

One SABC staffer who declined to be named told Daily Maverick 168 that a further sore point is the sense by workers that they “put their bodies on the line” to continue reporting during the pandemic, only to receive retrenchment letters as the health crisis eases.

Another significant narrative, fuelled by the unions, is that the SABC board is acting in a way which suggests that the ultimate privatisation of the broadcaster is its aim. The general secretary of the Communication Workers Union (CWU), Aubrey Tshabalala, predicted on Thursday: “After the structural erosion, the SABC will have to rely on the private sector to provide content.” He suggested that in such a scenario, the broadcaster would only buy “commercially viable content”, thus abandoning its public service mandate.

The SABC is trying to steady its finances after the erratic management of Hlaudi Motsoeneng from 2012 to 2017. The credibility of the organisation has been under fire, and its losses increased until the government was forced to give the organisation a ring-fenced R3.2-billion bailout in 2019.

Over the past three years, losses decreased from around R600-million in 2018/19, to around R511-million in 2019/20. The organisation was aiming at losses of R350-million, but is now almost certain to miss this figure by a large margin.

An SABC insider said those at the forefront of staff protests see themselves as upholding the broadcaster’s vital national purpose in a manner similar to the SABC 8, the group of SABC journalists who stood up against the interference of Motsoeneng.

But to those on the other side of the argument, the comparison could not be more misplaced. Most board members see themselves as acting in accordance with instructions from President Cyril Ramaphosa and Treasury in trying to turn around one of the state institutions bloated and scarred from the years of State Capture.

“If we can’t do this at SABC, what chance is there for Eskom?” board member Michael Markovitz told Parliament this week, pointing out that the broadcaster was likely to run a R1.2-billion loss in this financial year and that the retrenchment process was essential to fulfilling bailout conditions.

The irony, suggested a senior insider, is that the SABC is in the strongest position it has been in for years, with a functional and committed board, “strong ethical leaders” in board chair Bongamusa Makhathini and CEO Madoda Mxakwe, and an impressive head of news in Magopeni.

The SABC’s 2019/20 annual report, released to Parliament this week, revealed that 43% of the broadcaster’s expenditure is on salary, with the average annual staff salary at R791,000. Staff are quick to point out, however, that tilting the scales are the extravagant wages earned by top management, with CEO Mxakwe remunerated to the tune of almost R5.5-million a year.

The SA National Editors Forum (SANEF) held talks with SABC editors and executives on Thursday and Friday, and proposed mediation. SANEF expressed concern that the SABC’s “critical public mandate has never been funded sufficiently by the government despite promises over the years to do so. Instead, there has been a reversal of support to the SABC…”

SANEF chair Sbu Ngalwa said the call on the ANC to intervene “is not only misguided, but dangerous”. If anything, he added, “the precarious position that the broadcaster finds itself in currently is a direct result of political interference and bad political appointments. The SABC accounts to Parliament and not Luthuli House. We call on our colleagues at the SABC, no matter how frustrated they are, to guard and protect the integrity of the institution, especially as the broadcaster has worked really hard to regain the public trust after years of mismanagement.”

After a week of extreme turbulence, emergency staff meetings were ongoing together with threats from unions to plunge the broadcaster into darkness. But the impact of these days of drama is likely to be felt long beyond whatever resolution is found. DM168