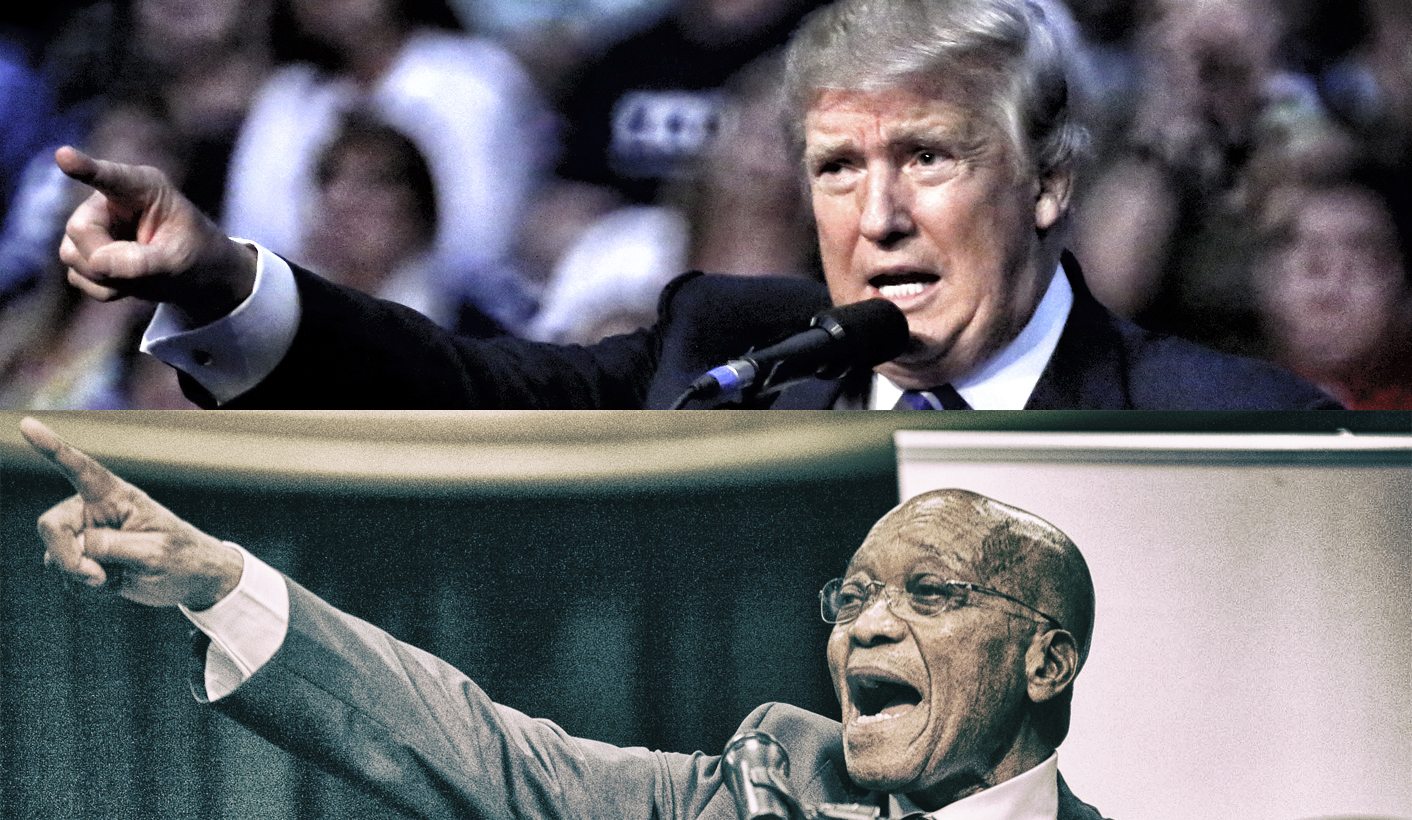 On Monday, Jacob Zuma’s apparent response to the Constitutional Court’s ruling compelling him to appear before the Zondo Commission appeared. He claims that he is being unfairly targeted by, well, everybody, that his rights were ignored, and that Zondo is biased against him. No evidence is presented, though.

One of the stranger aspects of Jacob Zuma’s behaviour right now is that there is no formal place from which he issues statements.

In the past, most of the statements were issued from the Jacob Zuma Foundation. However, the foundation does not appear to have a current website, only a Facebook page that is not regularly updated.

This makes it a challenge to confirm that statements purportedly from Zuma are not fake. In this case, the statement was tweeted by his daughter Duduzile Zuma-Sambudla, presumably confirming that it was his response to the court’s ruling.

The Constitutional Court ruled last week that Zuma was compelled to appear before the commission and had to answer questions put to him. The basis of this finding is that the commission is not a court of law, that he would be appearing as a witness and not an accused, and that under the law a commission can compel witnesses to testify.

Zuma did not make any arguments before the Constitutional Court. He refused to take part in the proceedings and thus never explained why he should not testify.

So this statement is his first formal response not only to the court’s ruling, but also the commission’s arguments that he must appear before it.

There are certain well-worn themes that run through the statement, building on the claims that Zuma has made many times before. It is also notable that he refers to himself in the third person, perhaps because the ghostwriter’s original version has not been edited, or he genuinely is suffering from the same syndrome as Donald Trump.

He compares the commission’s treatment of him to the way in which the apartheid government created a special law for the late PAC leader, Mangaliso Robert Sobukwe.

This is a repetition of Zuma’s consistent claim that he is the victim of a series of conspiracies.

These claims go all the way back to the prosecution of his then financial adviser Schabir Shaik in 2004. But he has never substantiated these claims, or said who is responsible for them. Merely that he has been important enough to merit the attention of a faceless group of enemies who have persistently targeted him over many decades now.

Then there is the veiled claim that somehow Zondo is prejudiced against him – again, without any substantive evidence to support it.

“I had relied upon his own sense of integrity as a judicial officer to be mindful of the fact that he and my estranged wife Thobeka are very close confidants and that I am a point of convergence in key aspects of their lives respectively.”

This has been typical of Zuma’s public statements for many years. The claim that there was some big conspiracy, that involved certain people, and that “if only you knew….” you would certainly be appalled. But the fact that he does not substantiate his claims, the fact they are couched in such terms suggests he has no evidence to back them up.

What is stopping him from saying in public who is behind these conspiracies and why, especially at a time when he almost certainly is running out of options? And why is it that Zondo himself was involved?

If he has something to say, why not just say it?

To ask him such a question in a formal interview situation is likely to elicit only his trademark giggle and zero answers.

His strategy is very similar to those used by former US president Donald Trump and the Russian leader, Vladimir Putin. They make claims about big global conspiracies, about how they are unfairly targeted, about how only they stand between civilisation and Armageddon.

For many, this will be proof that Zuma’s statements are simply convenient lies.

Zuma also claims that the Constitutional Court is ignoring his rights by forcing him to testify and to answer questions at the Zondo Commission.

But he appears to be deliberately ignoring the court’s finding of how the law around commissions works. And he has only himself to blame.

This again raises the point, as the judges did several times in their finding, that Zuma himself authorised and instituted the commission. It is well-known that he did so under political duress: the ANC’s National Executive Committee had said he must comply with the findings of the then Public Protector Thuli Madonsela.

As the judges put it in their ruling:

This again raises the point, as the judges did several times in their finding, that Zuma himself authorised and instituted the commission. It is well-known that he did so under political duress: the ANC’s National Executive Committee had said he must comply with the findings of the then Public Protector Thuli Madonsela.

But that is beside the point. In law, and in fact, he was the president who authorised the commission.

It is also clear from this statement that Zuma has other agendas apart from trying to refuse to appear before the commission.

“It is clear that the laws of this country are politicized even at the highest court in the land. Recently at the State Capture Commission, allegations made against the judiciary have been overlooked and suppressed by the chairperson himself.”

He is clearly continuing to prepare the ground for his prosecution on corruption charges. In other words, he’s telling his supporters that he will not be treated fairly. Or, that when the evidence is led against him in court, they should not believe it.

He goes on to say that he is prepared to go to jail again for his beliefs.

But all the arguments that Zuma presents in this statement, all the claims and all the accusations, fail to do one simple thing: They fail to present any reason why someone who has not supported him up until this point would feel compelled to do so now. There is no attempt to change the hearts of the middle ground. It is a statement aimed only at those who already supported him; in political terms it is a statement to the base.

There is also one other aspect that the statement misses, possibly deliberately so.

In their ruling, the judges of the Constitutional Court make this point about Zuma’s conduct with regard to the commission:

There, in simple judicial language, is the heart of the thing. The commission is about Zuma. It was created by Zuma. He must therefore testify.

As is so often the case with a statement from Zuma, there will be speculation as to who actually wrote it. Some might speculate that it is a person who is about to be suspended from their position in the office of the ANC secretary-general. Certainly, it is in keeping with other missives from that particular person.

This statement appears to offer some evidence that Zuma’s political position has only weakened since he was forced to resign as president on Valentine’s Day in 2018. There are now no gestures of support for him, no senior political figures who publicly say they believe he is correct. The only support appears to come from the Twitter bots and trolls, proof that his support has dwindled over the past three years.

Zuma faces the lonely prospect of more court action, and possibly even prison time – unless he comes up with something new, which no one should bet against. DM