‘A lolly to make you jolly’: Life’s a beach, again 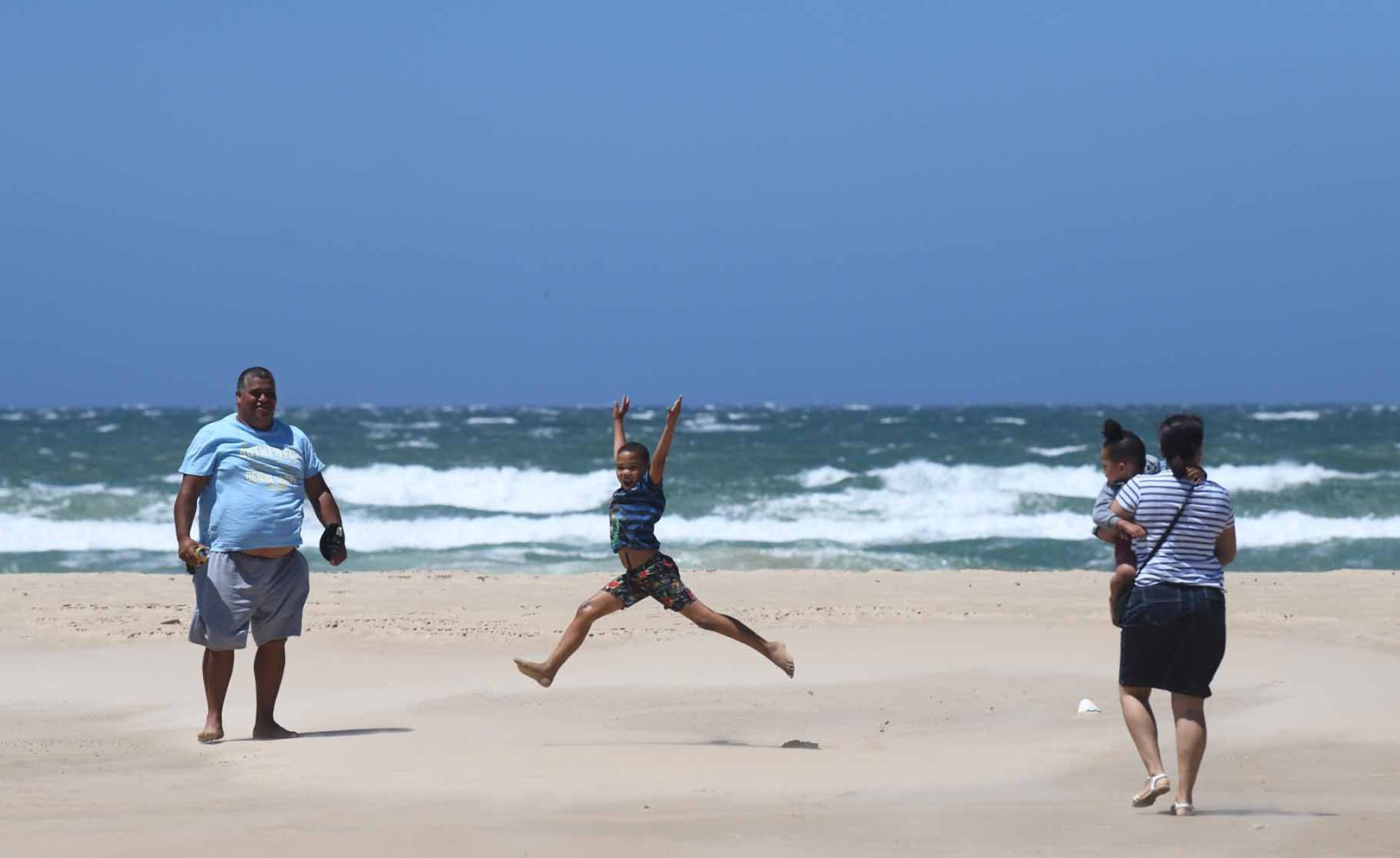 2021.02.02. People are enjoying themselves at the Kings Beach Port Elizabeth First day after the president open all beaches.Photo:Supplied

On Monday, President Cyril Ramaphosa announced that a number of lockdown restrictions are being amended as of Tuesday – among them, the controversial beach ban. On Tuesday morning, beach-goers and surfers headed for their regular haunts to mark the unbanning.

At 7.30am on Tuesday there were already more footprints on Cape Town’s Muizenberg Beach than there had been during the entire previous month. In the parking lot at Surfers’ Corner surfers waxed their boards, while dog-walkers, runners and other exercise enthusiasts wandered the shoreline. Some maintained social-distancing measures. Some did not.

Following President Cyril Ramaphosa’s announcement on Monday, 1 February, that beaches, dams, rivers and public swimming pools will be reopened, subject to health protocols, South Africans seized the opportunity to return to the sand, soak up the sun and swim.

Beaches in the Eastern Cape and along the Garden Route have been closed to the public since 16 December 2020. And, on that day, it was also announced that KwaZulu-Natal beaches would be closed for public holidays during the festive season, as well as on 2-3 January.

All beaches across South Africa – except those in the Northern Cape – have been closed since 29 December 2020, when the ban was extended further.

While there have been cases of die-hard beach and surf lovers taking chances at remote locations, South Africans have generally refrained from putting their feet in the sand. Some managed to bypass the law – taking advantage of a loophole in the regulations that allowed people with fishing permits to walk the shore.

Craig Paul, co-owner of the 45-year-old Lifestyle Surf Shop in Muizenberg, welcomed the easing of regulations, saying he hoped an increase in beach-goers and surfers would help business.

Glen Thompson, a surf historian and avid surfer, used to ride waves at breaks along the south peninsula or Atlantic Seaboard. But after contracting Covid-19 in December, Thompson said he had “welcomed” the beach ban, “in terms of reducing spaces of contact and exposure”.

“I saw the public health matter as first priority,” he said. “In the short term, a retreat from the desire to jump in the water is a long-term gain.”

Thompson added that while he was “glad” the beaches are now open to the public, he will remain cautious and plans to avoid crowds. However, he echoed Craig’s remarks on what the repealed restrictions will mean for businesses.

“The businesses on the Muizenberg and Blouberg beachfronts – for example, retail commerce and surf commerce – will hopefully start up again,” he said.

On Camps Bay beach, a lifeguard turned his back to the water and walked between the many beach chairs and red umbrellas that dotted the sand. The familiar jingle – “A lolly to make you jolly” – of the ice cream seller was heard. Children, on their stomachs, dug sand castles while their parents reclined on beach chairs.

Avid beach-goer and surfer Jenna Venter said she was “just so relieved to have things feel a bit more normal”, on her morning beach walk.

Matt Maxwell, a professional waterman who focuses on kitesurfing, hydrofoiling, surfing and stand-up paddling, spent his morning surfing at Melkbosstrand. Maxwell welcomed the amended restrictions, adding that because of the ban there were no competitions over the season, and many have been postponed to late 2021.

“During the season all the main sponsors, brands and magazines come to Cape Town,” he said. “But there has been none of that.”

South Africa has passed the peak of the second wave, with the country now experiencing its lowest daily increase in Covid-19 infections since December 2020, said Ramaphosa in his national address on Monday.

Information pertaining to Covid-19, vaccines, how to control the spread of the virus and potential treatments is ever-changing. Under the South African Disaster Management Act Regulation 11(5)(c) it is prohibited to publish information through any medium with the intention to deceive people on government measures to address Covid-19. We are, therefore, disabling the comment section on this article in order to protect both the commenting member and ourselves from potential liability. Should you have additional information that you think we should know, please email [email protected]