President Ramaphosa: Beaches and booze are back as first batch of vaccines arrives 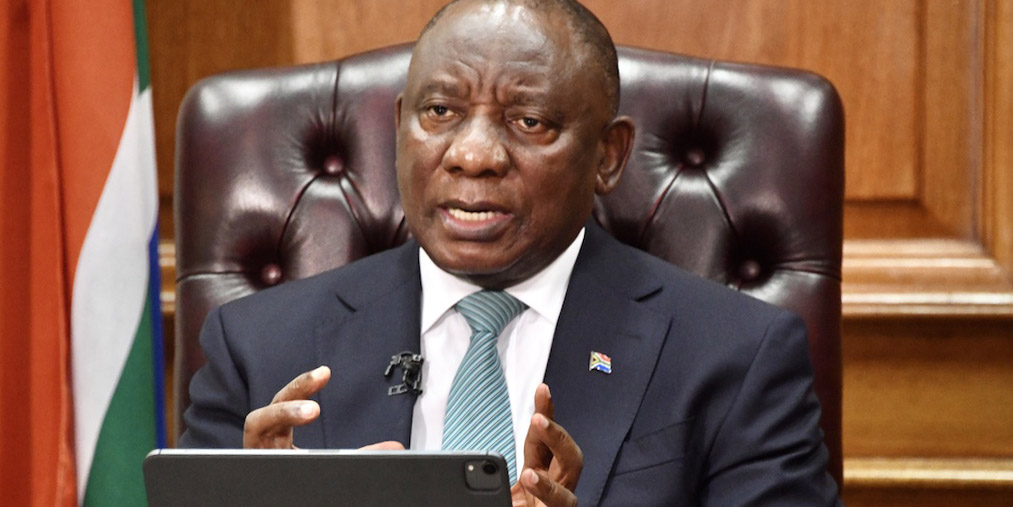 For the first time in a while, President Cyril Ramaphosa on Monday sounded a cautiously celebratory note in his address to the nation. The first batch of Covid-19 vaccine has arrived; the number of Covid-19 infections is dropping; and two of the most contentious restrictions – on beach-going and alcohol – can accordingly be lifted.

President Cyril Ramaphosa’s Monday night address brought good news for lovers of alcohol, the outdoors, and a Higher Power. With Covid-19 infections dropping and (some) vaccines on the way, a number of lockdown restrictions are being repealed as of Tuesday 2 February.

These changes, said Ramaphosa, have been made possible by “the significant reduction in hospital admissions”.

While hospitals were admitting around 2,300 Covid-19 patients per day at the peak of the second wave, that figure had dropped to fewer than 300 by the end of January.

The president said that South Africa is currently experiencing its lowest daily increase in Covid-19 infections since December 2020, with the number steadily dropping over the past three weeks.

“We have now passed the peak of the second wave,” Ramaphosa said.

This decrease marked what the president called the “second set of good news”.

The first, he said, was the arrival of South Africa’s first consignment of Covid-19 vaccine earlier on Monday. The 1.5 million doses of the Covishield vaccine manufactured by the Serum Institute of India on behalf of AstraZeneca were welcomed to OR Tambo International Airport hours earlier by a group of Cabinet ministers.

“Now that the vaccines have arrived, they will be tested at the National Control Laboratory to confirm that their integrity has been maintained during transportation,” Ramaphosa said.

Thereafter, they will be distributed to the nation’s health workers in accordance with Phase 1 of the Covid-19 vaccine roll-out strategy. The president said that provincial health departments have by now submitted plans on how the vaccines will be distributed, making use of around 200 venues nationally.

Ramaphosa reiterated that Phase 2 of the roll-out will see the inoculations of essential workers, people over 60, people with comorbidities and people living in congregate settings. In Phase 3, the rest of South Africa’s adult population can get jabbed.

“Many of you will be asking yourselves the all-important question: how will you access the vaccine?” said Ramaphosa.

An electronic vaccine data system will be used, on which people will be able to make an appointment “as soon as you qualify” at the vaccine centre closest to home.

But it may still be several months before most South Africans can be vaccinated. The timeline of vaccine consignments laid out by Ramaphosa looks something like this:

This amounts to upwards of 41 million doses, which would only be enough to achieve herd immunity and bring the spread of the virus under control if all the vaccines received were single-shot doses. Currently, it appears that only the Johnson & Johnson vaccine will require one jab as opposed to two.

Achieving herd immunity is also only possible if 67% of South Africans agree to be vaccinated – which Ramaphosa was at pains to stress will be an entirely voluntary undertaking.

“Nobody will be forced to take this vaccine,” the president said.

He stressed that nobody could be forbidden from travelling, from enrolling at school or “from taking part in any public activity” as a result of their refusal to be vaccinated.

“Nobody will be given this vaccine against their will,” said Ramaphosa.

“Any rumours to this effect are both false and dangerous.”

He also had words of reassurance for the vaccine-hesitant. Ramaphosa highlighted the fact that the vaccines being imported have been through “meticulous multi-stage testing involving thousands of people”, with trials designed to identify even uncommon side effects.

“These vaccines have been shown to be safe in large clinical trials across multiple countries,” Ramaphosa said.

He further announced that the government’s aim is to make the vaccine available to all adults living in South Africa, regardless of citizenship. This news will come as a relief to refugee rights groups in particular, which had feared that foreign nationals might be excluded from the vaccination plan. DM

Information pertaining to Covid-19, vaccines, how to control the spread of the virus and potential treatments is ever-changing. Under the South African Disaster Management Act Regulation 11(5)(c), it is prohibited to publish information through any medium with the intention to deceive people on government measures to address Covid-19. We are therefore disabling the comment section on this article in order to protect both the commenting member and ourselves from potential liability. Should you have additional information that you think we should know, please email [email protected]