Zuma pointed his renegade spooks at the judiciary, commission hears 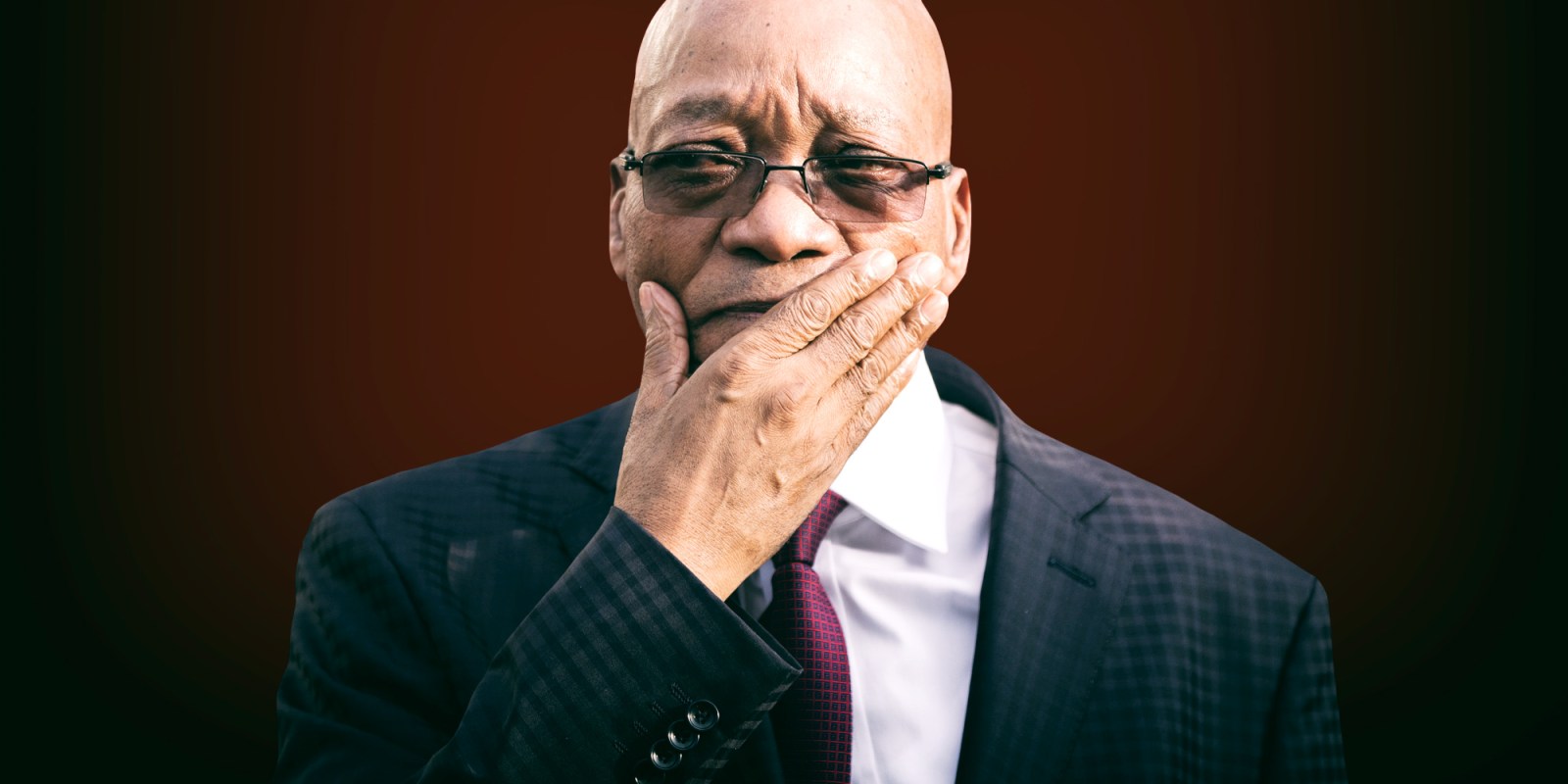 Revelations of abuses by Jacob Zuma’s unconstitutional parallel security state directorate continued to drop at the Zondo Commission on Thursday.

The Chief Directorate Special Operations (CDSO) within the State Security Agency (SSA) spent, according to conservative estimates, R1-billion to protect former president Jacob Zuma and his close associates between 2012 and 2018.

The Commission of Inquiry into State Capture heard that a portion of this public money went to spying on, and trying to influence, the judiciary.

This is contained in an affidavit prepared for Deputy Chief Justice Raymond Zondo by Mr Y and corroborated by Ms K (names withheld). Mr Y and Ms K are investigators within Project Veza, which was tasked with investigating allegations of irregularities and criminality at the SSA between 2012 and 2018.

With Mr Y’s affidavit and Ms K’s corroboration, it was revealed there were a number of unlawful projects run by the CDSO, which was set up in 2012 and run by then SSA deputy director-general Thulani Dlomo. Each project conducted numerous operations.

One such was Project Mayibuye, under which was Operation Justice, which came into being in the latter half of 2015.

Operation Justice’s alleged aim was to influence, recruit and handle sources within the judiciary. The “sources” were members of the judiciary who would, according to Mr Y’s affidavit and based on interviews with people who were involved in the project, “ensure harmony between the state and the justice fraternity”. This allegedly included efforts to influence the outcome of cases.

Operation Justice was itself a continuation of Operation Simunye, which was intended to “intensify and strengthen state authority within the judiciary system under which contacts and relevant assets (informants) were to be acquired and utilised for the purposes of positively influencing state power and control over the judiciary”, read evidence leader advocate Paul Pretorius.

This information, added Ms K, was discovered in annexures to documents provided to them during the course of their investigations.

In a 31 May 2016 submission to the SSA’s then director-general, Sonto Kudjoe, for renewal of Project Mayibuye, an “alarming concern” was noted over “the friction that existed between the state and the justice fraternity”.

An operative with the pseudonym Frank said there was a complaint that there were judges colluding to overthrow the government, which formed the basis for establishing Operation Justice.

Cash also allegedly flowed to former SSA minister David Mahlobo under Operation Justice, with one person telling Project Veza investigators she personally delivered R4.5-million to Mahlobo’s office on at least three occasions. The cash, said Frank, was to “deal with the issue of judges”.

Mr Y put a conservative estimate of R1-billion in illegal and largely unaccounted expenditure by the CDSO between 2012 and 2018, much of it withdrawn in cash.

Additionally, as much as 40% of the CDIS’s annual budget of approximately R47.5-million was redirected from other, legitimate activities involving national security, to pay for the protection of the presidential aircraft during the 2015/16 and 2016/17 financial years, despite such protection not being within the agency’s mandate.

This was a follow-on from what was revealed on Wednesday, that shortly after taking office in 2009 Zuma signed a proclamation that, as Daily Maverick’s Marianne Thamm wrote, “paved the way for an unlawful, parallel, secret security state, funded by public money, much of which remains unaccounted for, and which served Zuma’s personal and political interests for more than a decade”.

Alongside the approximately R1.5-million a month spent for the protection of the presidential aircraft – a service within the parallel SSA structure – the many abuses of Zuma’s parallel security operations within the SSA continued to be stated before Zondo.

Among the host of revelations was that members of the Chief Directorate Intelligence Services (CDIS) implicated in the theft of R17-million from a safe inside the intelligence services training campus in Musanda, Pretoria,  in December 2015 were still working in the CDIS.

Ms K stated that CDSO operatives in junior positions were made to act in positions four levels higher, receiving the concomitant allowances, including to travel wherever the president and deputy president travelled, resulting in ‘a whole lot of expenditure’.

But as brazen as the theft was, the amount of public money lost paled into insignificance against what was spent – seemingly solely for Zuma’s personal and/or political gain – by the CDSO.

Further, the Project Veza investigators found the CDSO members were unskilled – some without a matric certificate – and were irregularly recruited and vetted, even receiving fake security clearance certificates signed by Dlomo. Yet they were the largest consumers of SSA resources and provided no intelligence feedback to the agency. Instead, they seemed to report directly to Zuma or members of his executive.

Ms K stated that CDSO operatives in junior positions were made to act in positions four levels higher, receiving the concomitant allowances, including to travel wherever the president and deputy president travelled, resulting in “a whole lot of expenditure”.

This cost was not only the rand values involved, but also the weakening of the SSA’s function, the paralysing of the legitimate functionaries responsible for presidential security, and reducing capacity crucial for SSA functions, including foreign intelligence.

This was despite the SSA having units that existed to perform the functions performed by the CDSO.

Official accountability mechanisms were bypassed, with operatives withdrawing astonishingly large sums of cash in the form of temporary allocations, or TAs, which were never properly reconciled. But the complicity of the Chief Directorate Intelligence Services was disputed by Ms K, who noted attempts by senior managers to bring the CDSO into line.

With no annual performance plan, the CDSO appeared to have an almost unlimited budget to service Zuma’s interests.

Each project, which ran numerous operations, was established with generic documentation, little to no detail of proposed plans and outcomes, and conflicting accounts of their deliverables.

Three major projects, projects Construcao, Wave, and Mayibuye all contained the same wording, and were authorised by the same person, all on the same day, 23 January 2015.

“Notwithstanding their vague and generic motivation, the operational activities were clearly in breach of constitutional prohibition against partisan and politicised intelligence,” stated Pretorius as he read Mr Y’s affidavit, to which Ms K agreed.

The pervasive financial irregularities and weak financial controls made it difficult to establish how much money was spent. The abuse of TAs, with no reconciliation of expenditure also meant the final destination for the cash was difficult to verify. For example, a request for expenses related to the projects on 22 March 2016 amounted to R8.9-million, with no breakdown of what the payments were for, only an amount per operation.

For Project Construcao, established in January 2015, the budget was R30-million, said Ms K. But this had all been spent by April the same year, with only R5-million allocated for operational expenses. Thereafter, more money was allocated from retained expenses, which was essentially money unspent in other, legitimate projects.

Project Construcao, revealed Ms K, was for CDSO recruitment and VIP protection training – apparently for high-ranking officials such as Dudu Myeni – but it was pouring its money into paying private companies for VIP protection services. The project was renewed on 1 April 2016 to run until 31 March 2017, with an extra R24-million for expenditure. Invoices for this expenditure state no more than “services rendered”.

Furthermore, Dlomo, as deputy director-general, was signing off on amounts up to R10-million in almost every project when his domestic limit was R50,000 and his foreign branch signing limit was R200,000.

There were numerous other operations brought to light, including investigating Zuma’s wife MaNtuli whom he accused of trying to poison him, the provision of a safe house and salary for Eugene de Kock after his release from prison, monitoring high-profile and politically connected people, and the investigation and resolution of the #feesmustfall protests.

Testimony from Ms K is scheduled to continue at the Commission of Inquiry into State Capture on Friday 29 January. DM