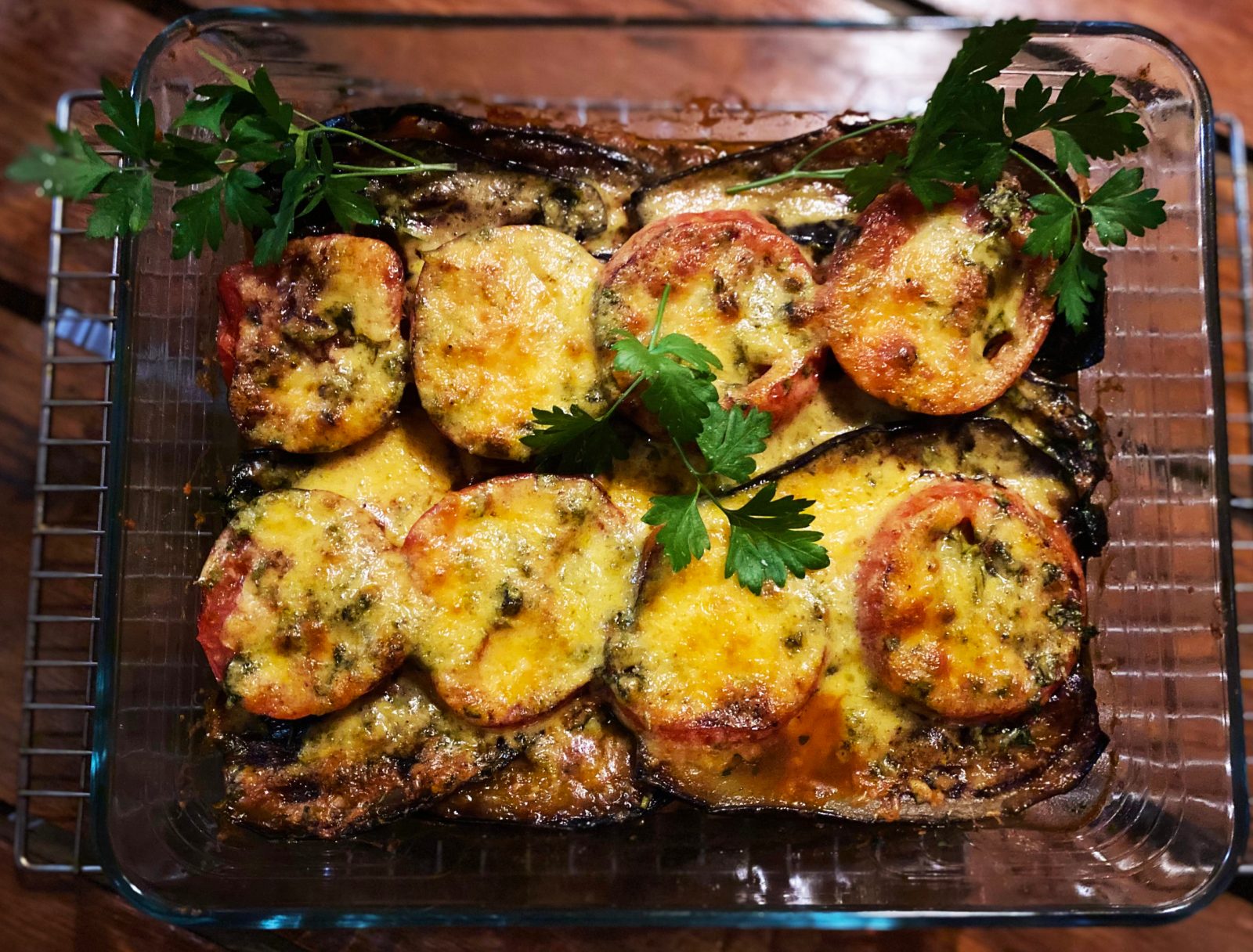 I hesitate to call a dish ‘Moroccan’ if it isn’t an authentic dish from that country. This is inspired by that spicy and fruity cuisine and includes a quick recipe for ras-el-hanout, the key Moroccan spice blend.

Let’s make ras-el-hanout first if, like me, you’re something of a spice hoarder. Alternatively, ras-el-hanout should be available at quality grocers or speciality food stores. Allspice is the hard, round, small seed, not the product known as mixed spice.

1 tsp each of ground cumin and ground ginger

I only had hard allspice and cloves so I ground them (separately) in the grinder component of my old-fashioned Kenwood blender. Make sure it’s as fine as you can achieve.

Mix all of the ground spices together. That’s it.

The beef, brinjal and chickpea bake:

2 garlic cloves, chopped (plus more for frying the brinjals if you like)

Olive oil (for frying the onions and for the brinjals)

200 g Cheddar cheese (or other such as Gruyere)

Fry the onions and garlic gently in olive oil until lightly golden. Give them time to caramelise a little, it gives them more flavour.

Add the tomato paste and braise for a couple of minutes while stirring.

Add the can of chopped tomatoes and the aquafaba from the chickpeas can and simmer, stirring, for a few minutes.

Add the beef mince and work it with a wooden spoon so it does not clump. Make sure the meat is well incorporated into the sauce.

Add the chickpeas and sultanas, salt and the ras-el-hanout, and the chopped coriander stems (but not leaves), stir, and simmer for a good half hour for the mince to cook through.

Fry the brinjal slices in olive oil with a little salt, and a little garlic if you like, until soft and browned on both sides. Keep aside.

Ladle the cooked mince into the dish and even it out. Lay the brinjal slices out to cover. Sprinkle chopped coriander leaves over so that their flavour is picked up between the brinjals and the tomatoes. Slice the tomatoes and lay them on the brinjals/coriander. Grate Cheddar over the top.

Bake for about half an hour. It doesn’t really need anything else but you could have a simple salad with it if you like. DM/TGIFood